Vladimir Putin has been spotted repeatedly massaging his hand in a meeting that saw him publicly berate a member of his top team amid his floundering war against Ukraine.

The Russian president appeared to protect his right hand with his left after he raged at Deputy Prime Minister Denis Manturov, demanding to know: ’Why are you really fooling around?’

Rumours about the 70-year-old’s health have been swirling for months, with reports claiming he is suffering from cancer and early-stage Parkinson’s disease.

Numerous videos have seen him clutch the corners of desks with the same hand – with speculation he does this to stop it quivering or shaking.

In new footage, angry Putin is spotted making a tight fist with his left hand as he fumes over Russian failures in a government meeting.

He rages at deputy prime minister Denis Manturov, asking ’why are you really fooling around?’ in a government video conference. 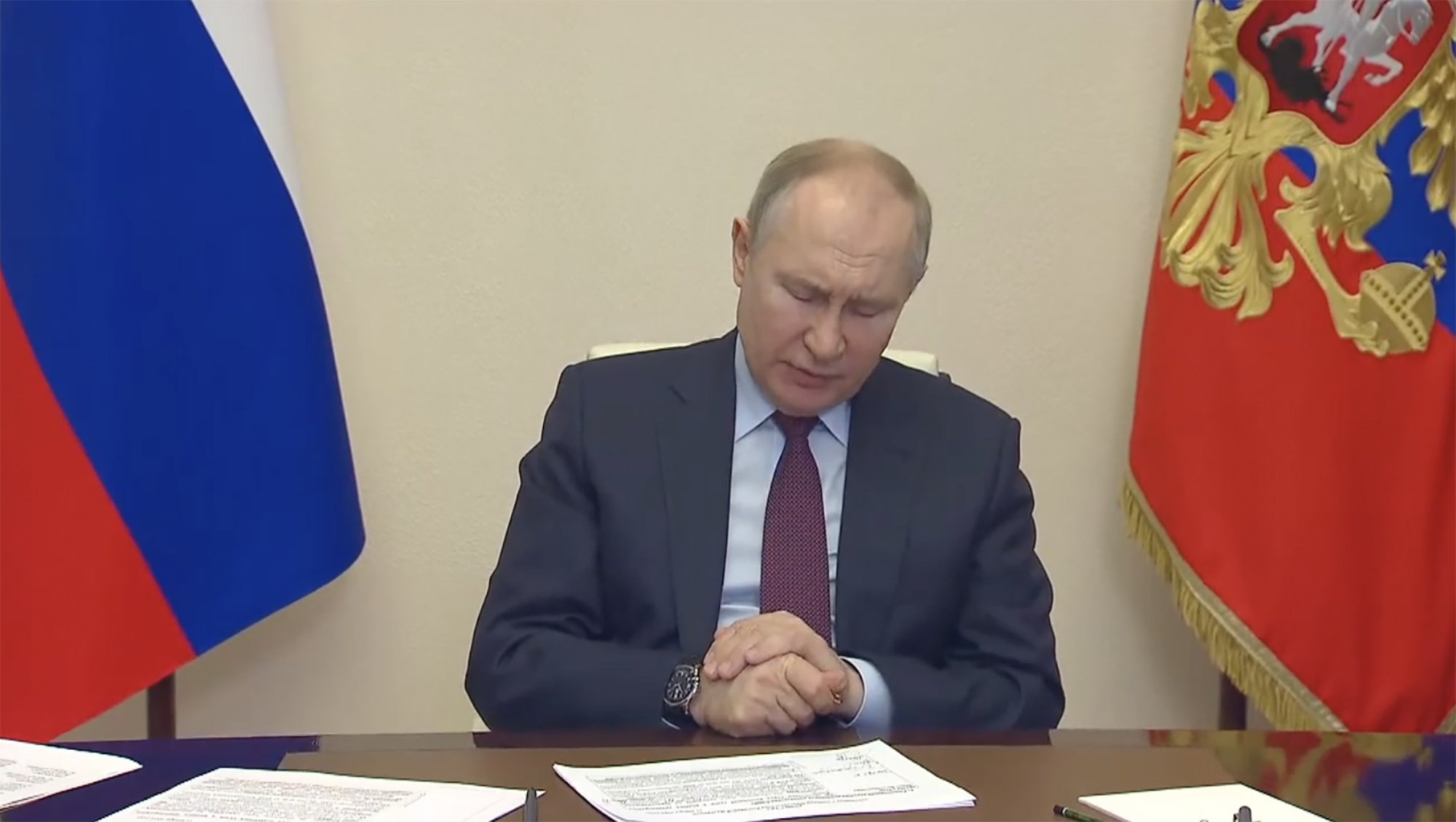 Manturov’s humiliation came after he failed to procure military and civilian planes, and flew on holiday to NATO country Turkey over New Year.

A video of the gathering shows a vexed Putin declare: ‘There are no contracts. What are you going to tell me?

‘I know there are no contracts at the companies, the directors told me. Why are you really fooling around?’

He gave Manturov one month to sort out the mess, which has led to a shortage of military planes and a failure to supply new aircrafts to civilian companies hit by Western sanctions.

Putin snapped: ‘This all must be done within a month, I am asking you, within a month. Don’t we understand in what conditions we’re living?’

A chastened Manturov was seen bowing his head to the order.

In another sign of discontent, Putin has shaken up his high command yet again.

He has been made subservient to chief of the general staff Gen. Valery Gerasimov in controlling armed forces in the war.

Defence minister Sergei Shoigu made this announcement, amid reports of growing resentment and dissent in the Russian Army.

‘The increase in the level of leadership of the special operation is linked to the expansion of the scale of the tasks at hand and the need for closer interaction between troops’, said the defence ministry.

Two other loyalist generals, Oleg Salyukov and Alexei Kim, were also appointed to the top table.