Vladamir Putin’s twitchy foot was on display once again, this time during a meeting with the leader of Turkmenistan.

The Russian President, who turns 70 next month, read from prompt cards in order to get his lines right while Serdar Berdimuhamedow looked on bemused.

It was one of a series of uncomfortable one-to-one meetings with fellow authoritarian leaders at the Shanghai Cooperation Organisation’s Heads of State Council.

The Russian premier also awkwardly hugged the president of Kyrgyzstan, Sadyr Japarov, who looked surprised when Putin stiffly put his arms around him. 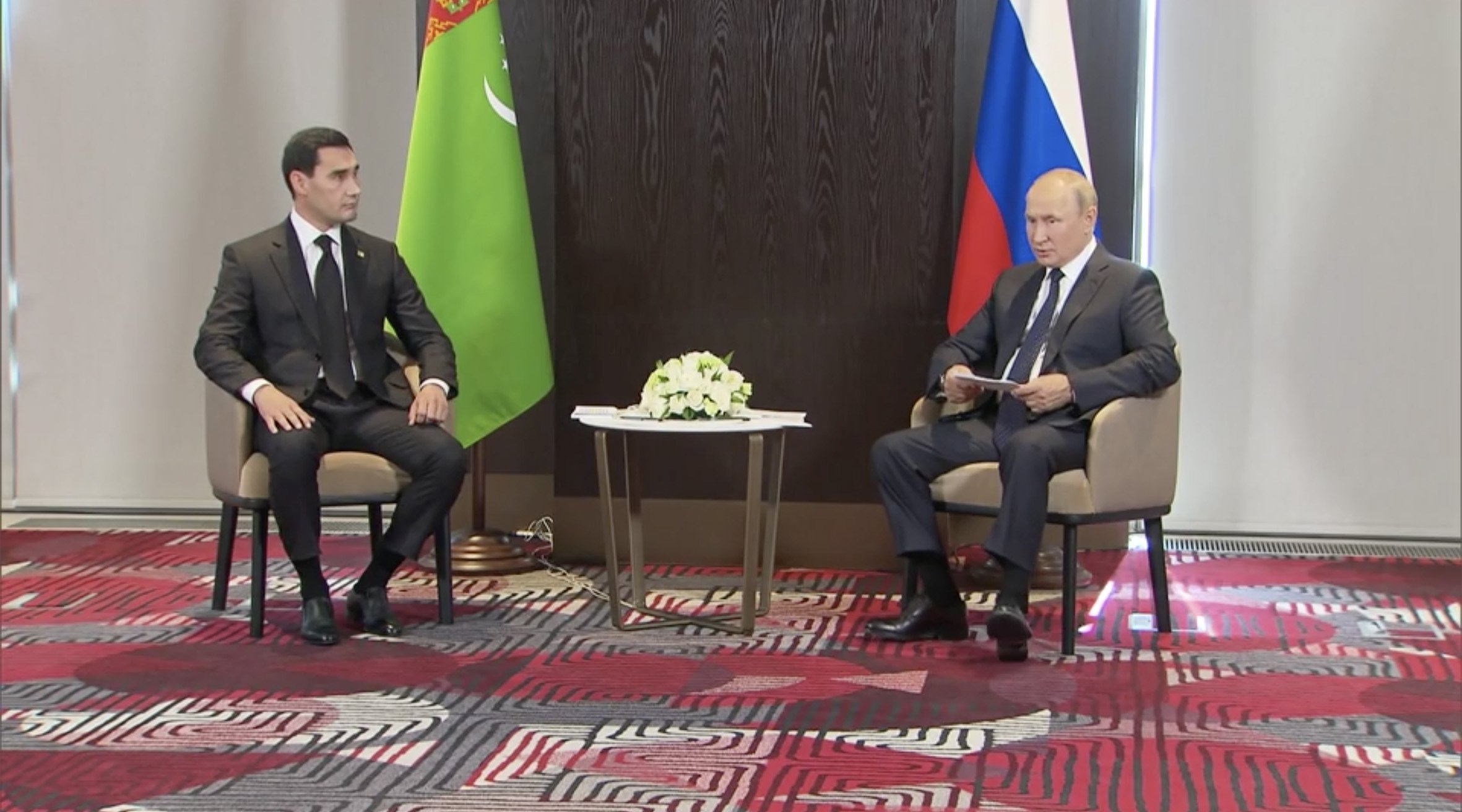 With the Iranian President Ebrahim Raisi, the Kremlin warmongerer seemed anxious to release his hand from a marathon 20-second handshake.

He has been trying to form an anti-Western coalition amid his economic woes triggered by sanctions against his war with Ukraine.

The Russian president won immediate backing from the Iranian leader the same week Moscow has been found to be using drones from Tehran in its war in Ukraine.

Raisi said: ‘The Americans believe that if they impose sanctions on a state, they can halt its development.

‘They have been imposing sanctions against us for years, but we have managed to prevent the consequences of these sanctions.

‘As for the sanctions against Russia, we will never recognise them and we will strengthen and develop our bilateral relations.’