Prime Minister Boris Johnson pledged his “unwavering” support for Ukraine’s government after concerns surfaced over military escalation in the east of the country following the buildup of Russian troops on the border. In a tweet, Ukrainian President Volodymyr Zelensky thanked Mr Johnson for his support against a “serious challenge to the security of NATO members” and said his nation was “not alone” and was “supported by the G7 nations”. But as Kremlin spokesman Dmitry Peskov warned Ukraine that cosying up to NATO “will only worsen the situation,” Russian military analyst Pavel Felgenhauer stated the tension could lead to “war in a month”.

When Russian troops invaded the Crimean Peninsula seven years ago, they quickly overran the Ukrainian navy’s port facilities and captured many of the fleet’s Soviet-era ships.

Ukraine was left with just one large warship and a few smaller boats and so stood no chance against Russia’s own Black Sea fleet with its cruiser, destroyer, five frigates, seven submarines and two dozen patrol boats.

When Mr Zelensky visited the UK in October 2020 a “Memorandum of Intent” was signed with the Ministry of Defence to secure a £1.25billion 10-year loan – with the UK agreeing to supply military equipment as part of that. 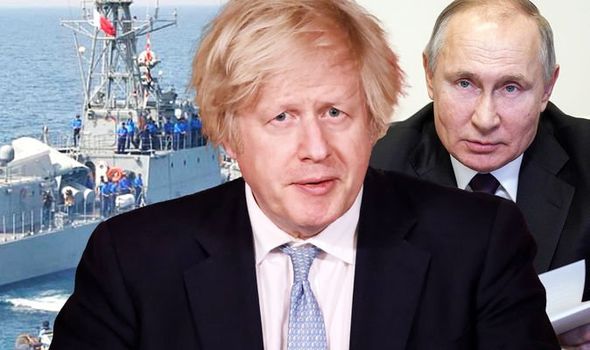 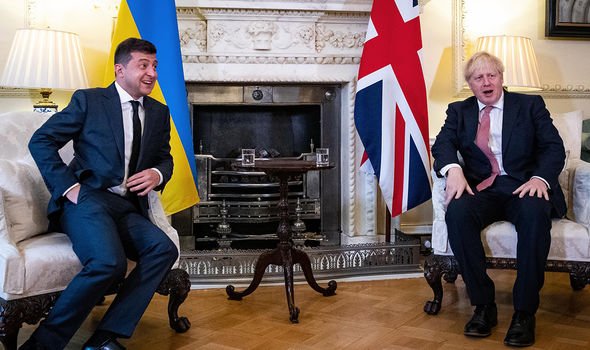 A proposal was made to launch a joint Ukrainian-British project to create small warships.

The first two ships would be constructed in the UK with the remaining six vessels to be completed in Ukraine.

British military attache in Ukraine, Commodore Tim Woods, said in March: “Ukraine has a fairly clear strategy for the development of the Navy until 2035, which, by the way, was developed jointly with the US and Britain.

“This fleet will provide a ban on access to the sea.

“In other words, it will deter and provide defence against the Black Sea fleet of the Russian Federation, preventing violation of the territorial integrity of Ukraine. 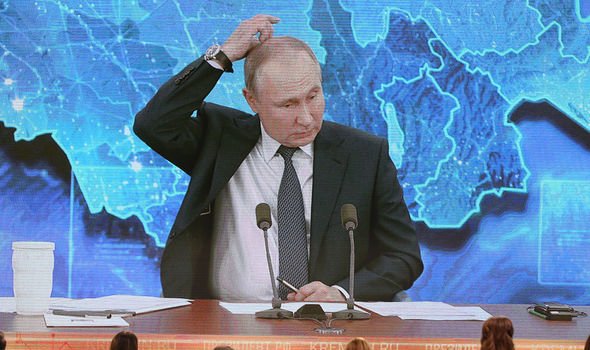 “And these will be small high-speed ships armed with cannons and missiles that can operate in the shallow waters of the Sea of Azov, as well as in the Black Sea.

“As I have already noted, the ships are fast, manoeuvrable, difficult to hit and spot, and are equipped with highly effective missile properties and artillery systems.”

According to Commodore Woods, the UK is currently working with two major British companies, studying which project would best fit the missile boat specifications.

Once approved, construction of the lead ship will reportedly begin in early 2022 and the UK’s vision is said to be that the eight boats will be built or under construction before 2024. 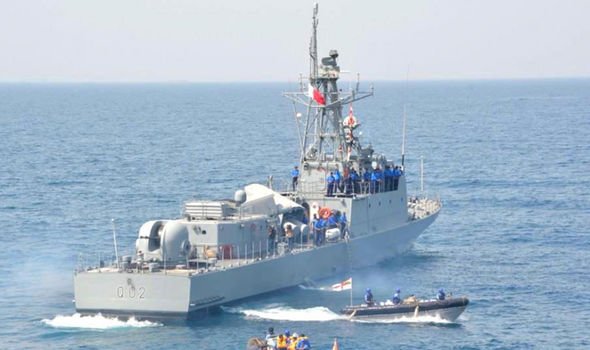 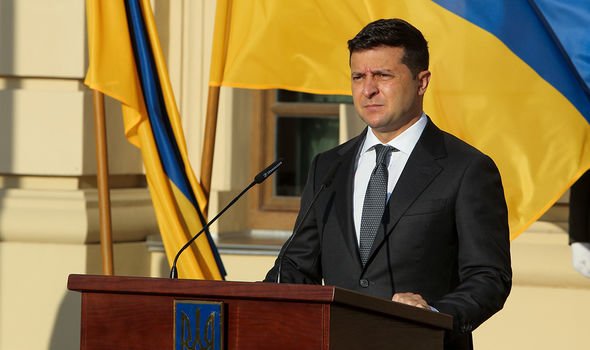 In the meantime, Kiev has accepted a donation of two lightly-armed, 110-foot cutters from the US Coast Guard.

The Ukrainian defence ministry has also licensed a Turkish design for a small corvette warship and the Ukrainian Army has received the prototype Neptune missile system, which will harden its anti-ship defence.

Defence Minister Andrei Taran said: “Thanks to the joint work of the defence ministry and state-owned enterprises, it was possible to manufacture weapons of a new generation and increase the deterrent potential and increase Ukraine’s influence at sea.

“Our task is to include the Neptune system, missile and patrol boats, as well as corvettes, into a single defence system that can repel the enemy from the sea.”

How Not to Smuggle Cocaine: Atop Your Head, Under a Hairpiece