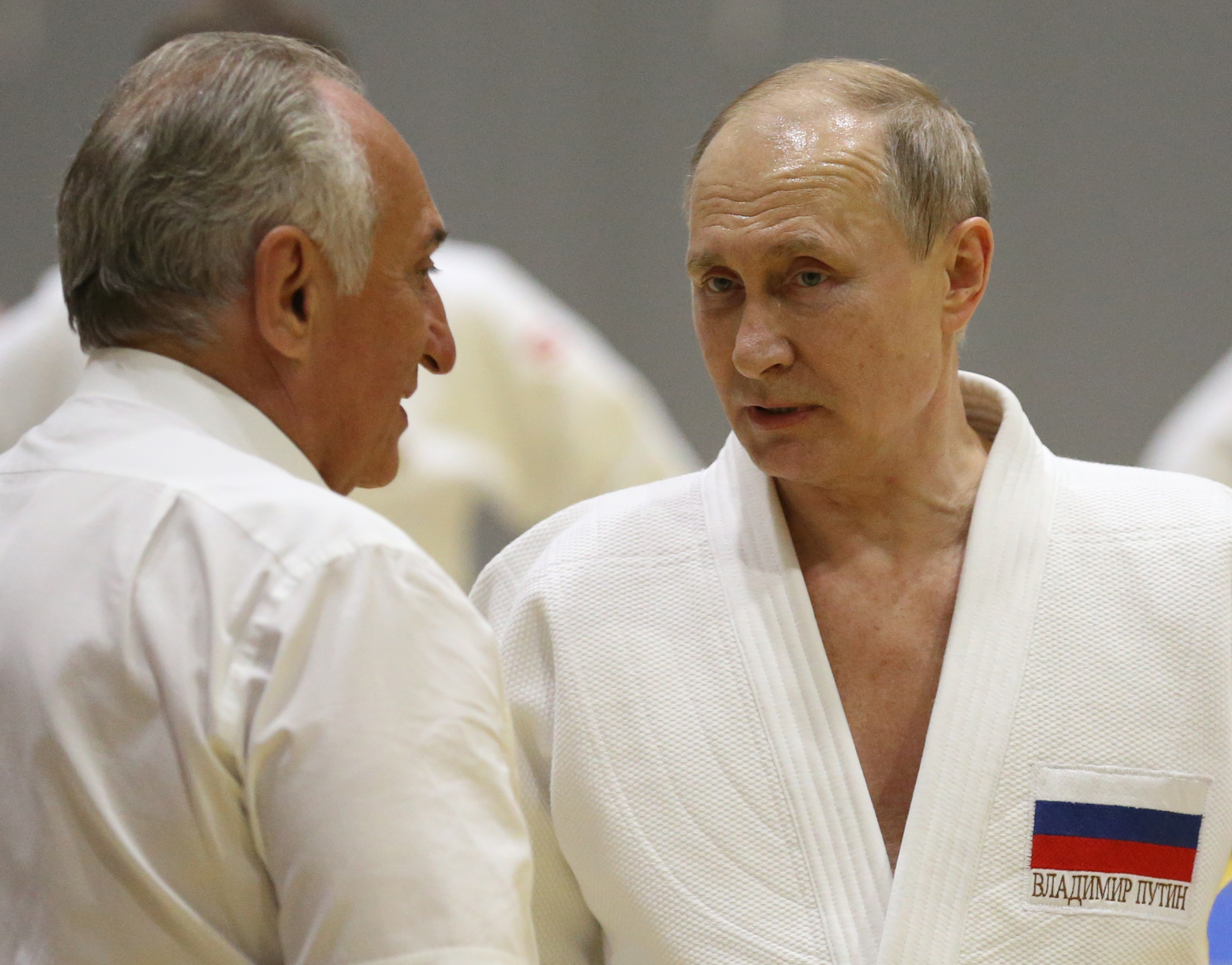 Anisimov, 71, whose fortunes stretch from vodka and aluminium to metals and real estate, now says he is based in Switzerland, Forbes reported.

On June 2, Anisimov is understood to have filed a notice to a British government agency database saying he’s been granted Croatian citizenship.

This is because he is co-owner of the British company Degevol UK LTD, according to the Companies House registry.

The main activity of the company is ‘management consultancy’ and, according to the registry, Anisimov owns between 50% to 75% of it with businessman Yakov Klebanov.

He filed another form to change his main place of residence to Switzerland on September 26, said Forbes.

Anisimov was president of the Judo Federation of Russia for 12 years until he stood down in September due to family issues, Russian state media reported.

Sergei Soloveichik, the 57-year-old boss of the European Judo Union, took over.

Soloveichik told the Russian news agency TASS: ‘I want to thank Vasily Vasilyevich Anisimov for the fact that all 12 years that he was at the head of our federation, he led it as a wise comrade, friend and colleague to every athlete, coach, employee of the federation.

‘During his leadership, the federation has achieved great heights, especially in the Olympic movement.’

Putin awarded Anisimov as recently October an ‘Order of Merit for the Fatherland’, a prestigious state decoration,

He was handed the medal for his ‘contribution to the development of physical culture and popularization of national sports’.

The father of four made his fortune mainly in aluminium in the 1990s after briefly owning the Kalinin Nuclear Power Plant the decade before.

The former owner of the aluminium maker OAO Sual has enjoyed ties to billionaire Arkady Rotenberg, a longtime friend of Putin who was among those sanctioned by the US after Russia’s annexation of Crimea.

Anisimov has not spoken publicly about the alleged move.

But he’s not the only one to have packed his bags and left Russia.

Yuri Milner, one of the 15 richest people in Russia, left the country in 2014 and renounced his citizenship for good this summer.

Ruben Vardanyan, a former chief executive officer and shareholder of the Troika Dialog investment bank, tore up his Russian citizenship in September.

Oligarch Leonid Nevzlin chucked his citizenship out for a simple reason, he told CNN in April.

‘Get a grip!’ Megyn Kelly rolls her eyes over Meghan Markle’s ‘woke’ US celebrity support