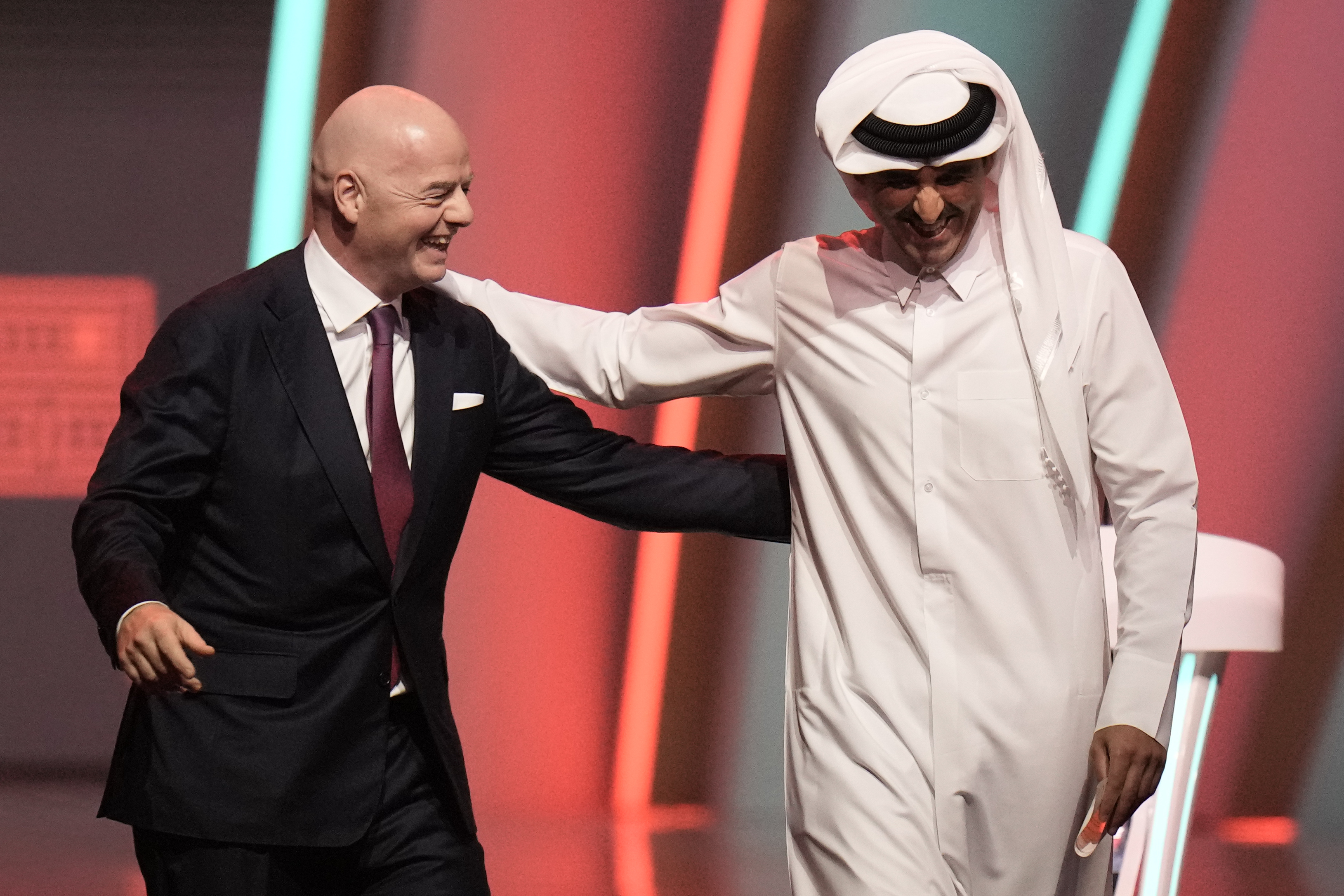 It has an economy roughly the same size as Greece but its population of less than three million is more like Wales.

In reality, the money doesn’t even have to go that far – its riches are divided between full citizens, an exclusive category which makes up about one sixth of its inhabitants and excludes the migrant workers which swell its numbers.

It has poured eye-watering amounts of its wealth into hosting the World Cup, with the final bill for a decade of preparation and construction exceeding the country’s entire gross domestic product.

By pumping vast reserves of cash generated by its energy industry into the tournament, Qatar has bought itself a place in the centre of the world stage, not one it is used to occupying.

The tiny nation will step out of the shadow of its neighbour Saudi Arabia, the regional power which dwarfs it geopolitically as well as physically (Qatar is roughly the same size as Yorkshire, jutting out into the Persian Gulf on a lonely peninsula).

For three weeks, it will be the only place that matters for millions of fans tuning in to watch the World Cup, one of the only events on the planet which can claim to be truly global.

No matter how much oil is under its ground, writing a cheque worth the value of its entire economy represents a staggering investment – so what’s in it for Qatar?

Doctor Steffen Hertog is an expert in the region from the London School of Economics and has been wrestling with how Gulf nations try to maximise power for years.

Alexei Navalny: A tough international response to novichok poisoning will not move the Kremlin