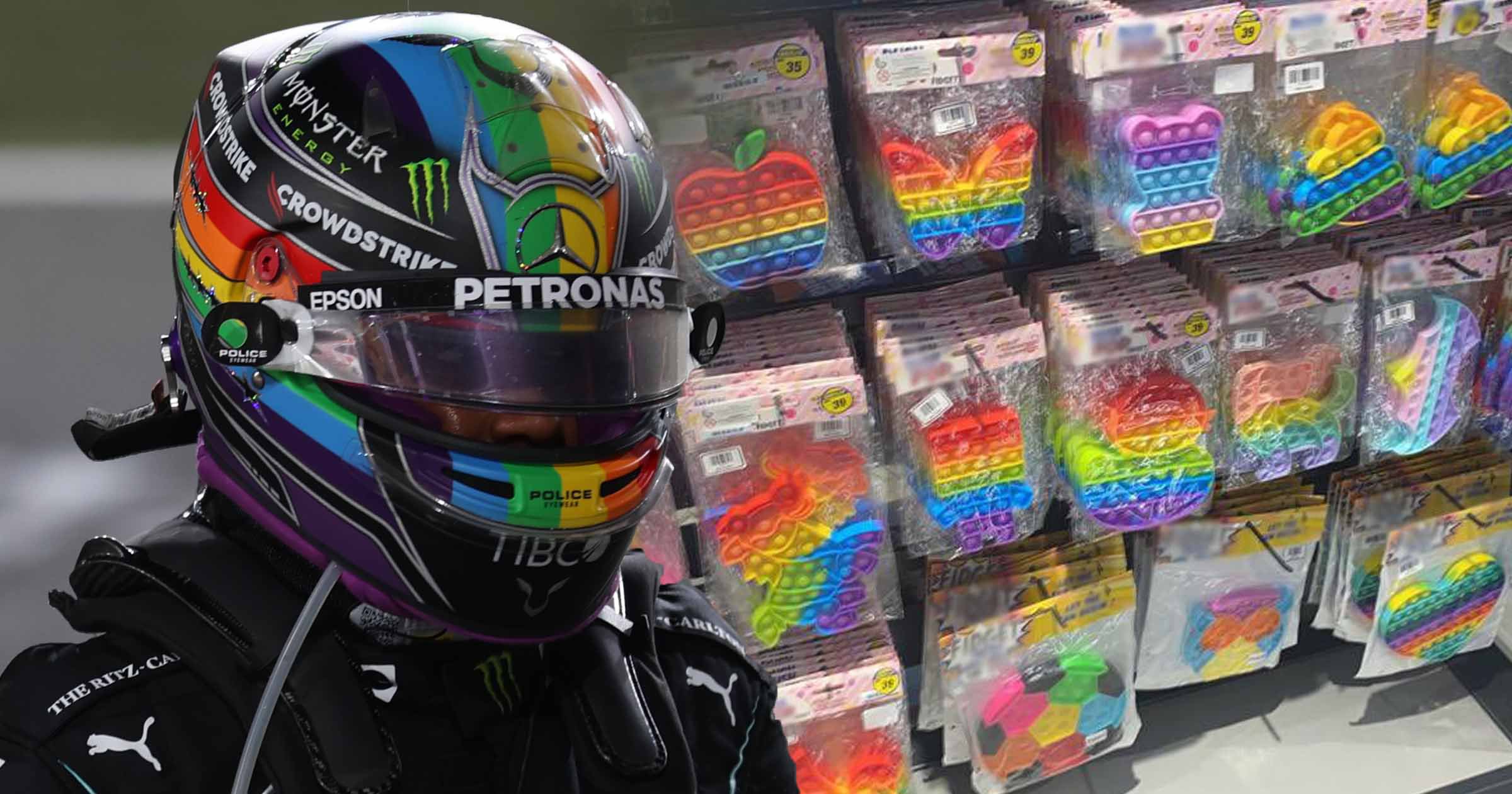 The Qatari authorities have been accused of a ‘new low’ after seizing children’s toys bearing rainbow colours in an ominous sign of intolerance before the 2022 World Cup.

A government ministry said earlier this week that it had carried out an ‘inspection campaign’ to clamp down on ‘un-Islamic’ items bearing similar colour schemes used for LGBTQ+ flags.

The Commerce and Industry Ministry did not specify why it took the action, but it is unlikely officials are unaware of the connotations, with the World Cup due to be hosted in the oil-rich emirate next year.

Premier League clubs took part in Stonewall’s Rainbow Laces campaign across November and December and Lewis Hamilton used the stripes for his helmet at the Qatar Grand Prix last month.

However, the ministry appeared to dash hopes of greater tolerance ahead of the FIFA tournament by posting a statement and images of the toys on its social media channels, saying they ‘go against Islamic values’.

Human rights campaigner Peter Tatchell told Metro.co.uk: ‘Banning rainbow images is a new low for the tyrant regime in Qatar. It is an absurd, over-the-top response by a paranoid regime.

‘The seized toys were in pretty rainbow colours but none were promoting homosexuality, as government officials claim.

‘This proves that Qatar remains viciously homophobic and that its self-proclaimed new liberal image is a fraud and mere PR spin.

‘In the light of this crackdown, LGBTQ+ footballers and fans will not be safe during the World Cup next November, despite Qatar’s assurances to FIFA.

‘The football authorities should cancel Qatar’s hosting rights and find a new host country that respects FIFA’s values of equality and inclusion.’

The clampdown took place in ‘several retail outlets in different regions across Qatar’, according to the ministry.

The post on social media stated: ‘The campaigns resulted in the seizure and release of several violations, including the confiscation of children’s toys bearing slogans that go against Islamic values.’

Although same-sex relations are illegal in the Gulf state, it has asserted that fans will be able to display rainbow flags in the stadiums.

However, it is now unclear if spectators will be subject to the same prohibitive rules outside the grounds.

‘The FA and FIFA have been quite specific in their comments about the display of LGBTQ+ symbols at the World Cup in that they are going to be allowed in the stadiums.

‘In making an issue of the toys, it leaves the question of whether people are going to be safe draping a rainbow flag around their shoulders on their way to a World Cup match.

‘It appears the Qatari authorities are going to hide behind the cultural sensitivities excuse, and while I respect people’s religious beliefs there’s a subtle message saying they won’t tolerate LGBTQ+ symbols outside the stadiums. That would be my concern.’

Mr Fearn also voiced fears over the plight of LGBTQ+ people living under repression in the wealthy Gulf state.

‘The other big issue is that there are LGBTQ+ people in Qatar who are living in fear and have been forced to go underground,’ he said.

‘They cannot be themselves. LGBTQ+ is not a choice, people don’t choose to be Gay, Lesbian, Bisexual or Trans, it’s who we are.

‘The Qatari LGBTQ+ community will have to remain closeted and vulnerable in Qatar long after the World Cup is over.’

Human rights issues in Qatar have been cast into the international glare since it was chosen as the host in 2010.

Same-sex relations between men is punishable with up to five years imprisonment under the state’s penal code.

The plight of migrant workers has also caused concern, with poor living conditions and restrictive working practises highlighted by Amnesty. More than 6,500 are said to have died since the World Cup was awarded, according to a report by The Guardian.

David Beckham has come under fire over his promotional role for the emirate’s World Cup in a deal said to be worth £150 million.

By contrast, the UK has seen the rainbow symbol enjoy increased visibility, with Stonewall’s campaign embraced by millions as a sign of inclusion.

A spokesperson for the charity told Metro.co.uk: ‘Sport and human rights are inextricably linked, and next year’s tournament is an important moment to address the challenges that LGBTQ+ people face in Qatar, and the human rights violations inflicted on LGBTQ+ Qataris.

‘Stonewall is proud to join Kick it Out, the Football Supporters Association and other partners to push for change and tackle LGBTQ+ discrimination in sport. At a time when LGBTQ+ rights are under threat across the world, we hope Rainbow Laces can be a catalyst for national football bodies everywhere to speak up and call for better protections for LGBTQ+ rights at home and around the world, including in Qatar.’