Her majesty was pictured grinning in delight at double world champion dressage horse Valegro today. She has become a great-grandmother for the eighth time this week after Meghan Markle gave birth to her first son with Prince Harry on Monday. Guests at the Order of Merit service at Windsor Castle on Tuesday listened to her talk about Archie Harrison Mountbatten-Windsor ahead of meeting him.

One guest asked: “Life is good for Your Majesty?”

The Queen replied: “I know.” 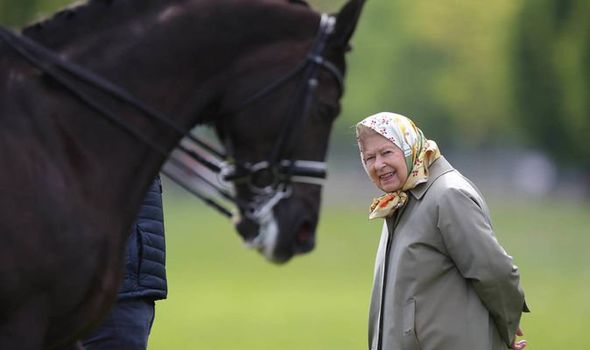 She was then asked how many she had before replying “eight”.

Buckingham Palace said on Monday that the Queen and the duke were “delighted” at the news of the birth of Harry and Meghan’s baby son.

Prince Harry has not had much time to adjust to fatherhood as he has returned to his duties just three days after his son was born.

He arrived in Rotterdam this morning for the launch of next year’s Invictus Games.