The Queen marked the 100th anniversary of the burial of the Unknown Warrior at Westminster Abbey just hours before the second lockdown in England began. The monarch was photographed yesterday quietly leaving Windsor Castle in the back of her car.

The Queen was in a sombre outfit, donning sunglasses and a black dress.

As revealed by the Court Circular, the royals’ official register of engagements, the monarch was heading to London for her first duty in the capital since the beginning of the first lockdown.

The entry in the register, dated November 4, read: “The Queen this morning commemorated the Centenary of the burial of the Unknown Warrior at Westminster Abbey, London SW1, and was received at the Great West Door by the Dean of Westminster (the Very Reverend Dr David Hoyle).”

The Unknown Warrior was buried at the Abbey on November 11 1920 in the presence of the Queen’s grandfather – King George V. 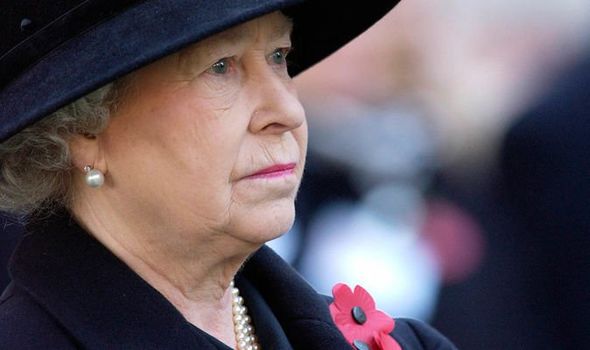 Later in the evening, the Queen also carried out her weekly meeting with the Prime Minister, the Court Circular confirmed.

A second entry registered under the same date read: “The Rt Hon Boris Johnson MP (Prime Minister and First Lord of the Treasury) had an audience of Her Majesty via telephone this evening.”

Farmer took her own life after unfounded RSPCA complaint over sheep

Boil water notice to remain in place for more than 600,000 until Thursday 'at the very earliest'