The Queen is known for her strict adherence to royal protocol, with tens of additional unwritten rules members of the Royal Family allegedly have to follow. But at a time of great crisis for the future of the monarchy, Her Majesty was spotted breaking one of the cardinal royal rules as she bowed to the lower-ranking Princess Diana on the occasion of her funeral. Alberto Angela, the host of Italian documentary series Ulisse, said: “Diana’s death was the culmination of one of the most dramatic seasons for the Queen.

“And there is an image captured on the day of Diana’s funeral which is highly symbolic. We are in front of the Buckingham Palace gate.

“It is known that before the Queen, who is the symbol of national unity, everyone bowed. But that day, it is Elizabeth who bowed her head as a sign of respect for the passage of Diana’s coffin, the woman who more than anyone else had defied the conventions of the Palace.”

Mr Angela suggested the simple gesture marked one of the most powerful moves in the Queen’s reign at a time when the Royal Family faced significant pressure.

He continued: “That bow is perhaps one of the strongest images in his entire reign. 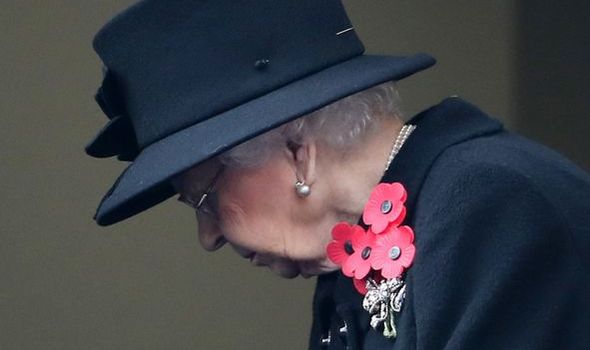 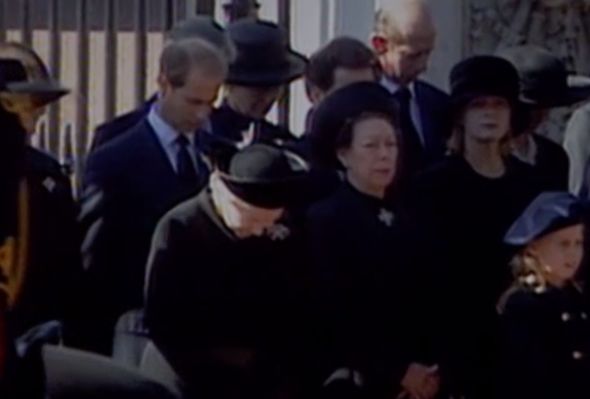 “Even in the darkest hour, Elizabeth put her mission first and demonstrated that she can find inspiration even from the most painful confrontation, the one with the woman who had won the hearts of her subjects.

“From that dramatic moment, the monarchy will come out even stronger.”

The relationship between Her Majesty and her daughter-in-law had become strained as Prince Charles and Diana became engaged in what would come to be known as the “War of the Windsors.”

The Queen was alleged to have personally intervened to order the quarrelling couple to divorce after years of tit-for-tat blows in the press and on television.

READ MORE: Kate heartbroken as Prince William ‘thought he could do better’ before ending relationship 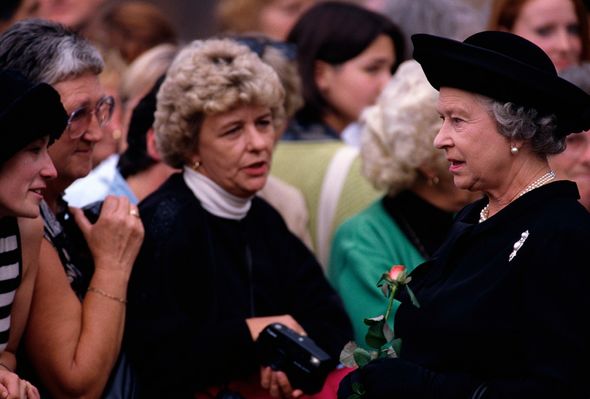 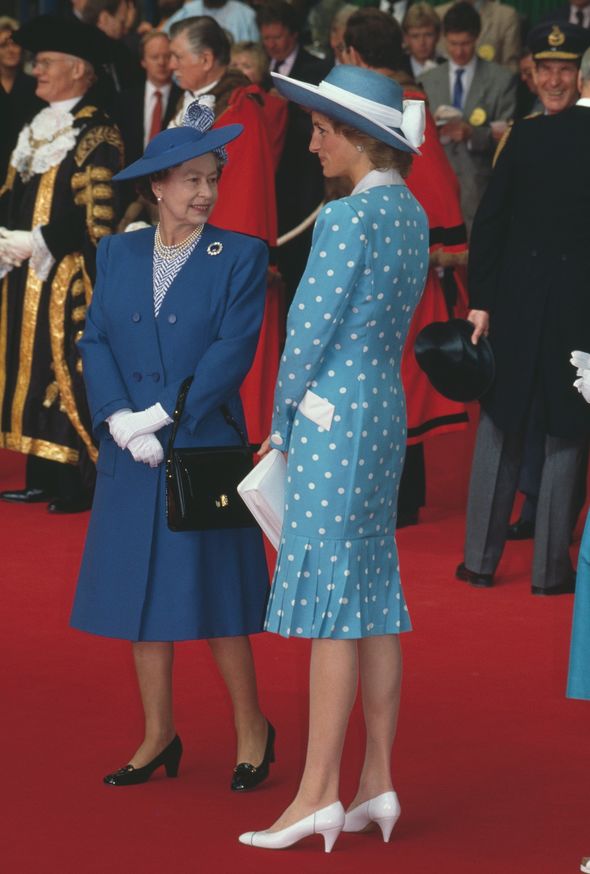 Because of the affection the public felt towards Diana, the Royal Family faced an incredible obstacle when it came to winning back the support of the people.

The decision to remain at Balmoral in the immediate aftermath of the Princess of Wales’ death in August 1997 sparked an additional backlash against the Queen.

In one of her rare televised broadcasts outside the holiday seasons, Her Majesty clearly signalled the move had been influenced by her and Prince Philip’s desire to shield Prince William and Prince Harry from the attention. 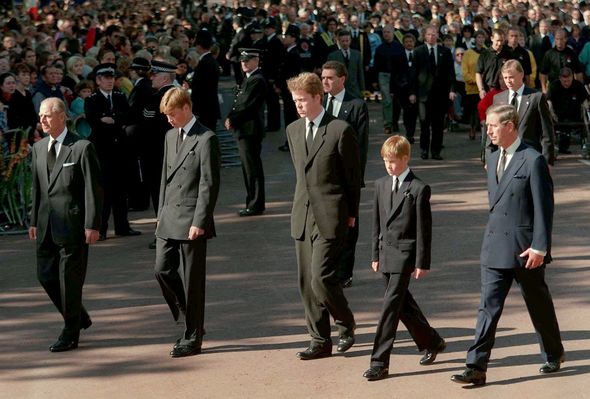 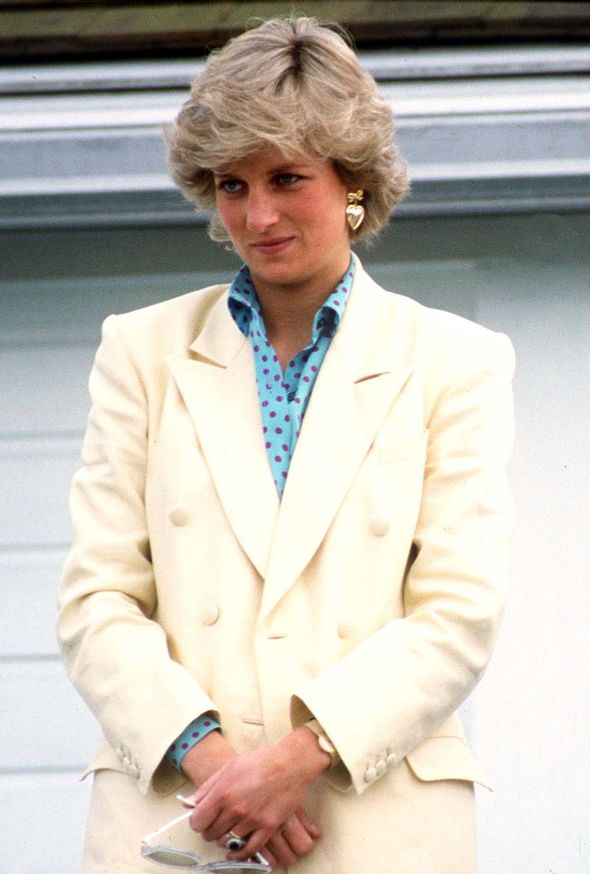 The Queen said: “This week at Balmoral, we have all been trying to help William and Harry come to terms with the devastating loss that they and the rest of us have suffered.

“No one who knew Diana will ever forget her. Millions of others who never met her, but felt they knew her, will remember her.

“I for one believe there are lessons to be drawn from her life and from the extraordinary and moving reaction to her death. I share in your determination to cherish her memory.”

The speech, and the Queen’s decision to grant permission for a state funeral, has long been recognised as a turning point in Her Majesty’s conflictual spell with members of the public.

Mere years later, on the occasion of her Silver Jubilee in 2002, thousands of people joined in the public celebrations to mark the anniversary.