Just hours after Her Majesty’s passing the Australian Republic Movement issued a statement arguing for a new discussion on Australia becoming a republic to be tabled. Republicans said they wanted to be respectful of the situation, paying tribute to the Queen for her dedication and duty to countries in the Commonwealth. But they argued Australians should now have the opportunity in the near future to vote to keep the new Monarch, King Charles III as head of state or to become a republic with a president.

Talk of becoming an independent state with no Monarch was pushed to the forefront of political matters earlier this year, at the time of the late Queens, Platinum Jubilee.

BBC Australia correspondent Shaimaa Khalil said: “Indeed and I think the Queen’s passing has set in motion a number of things. Parliament will be suspended for 15-days.

“And of course, the gradual phasing out of the currency, because the new currency with King Charles III’s face is going to be on it.

“There is going to be a day of… A memorial service day in a couple of weeks, but also the Queen’s death has enlivened the republican debate.

“Many people, many republicans are saying, as respectful as they are to the Queen and the person that she was in her dedication and duty, it is now time for Australia to decide on whether they want what they see as a foreign Sovereign being the head of state or be a republic with a president.

“Interestingly, just a week before the Platinum Jubilee a minister in Anthony Albanese’s government was appointed just for this purpose, to see Australia on the road to becoming a republic.

Talk of becoming an independent state with no Monarch was pushed to the forefront of political matters earlier this year, at the time of the late Queens, Platinum Jubilee. 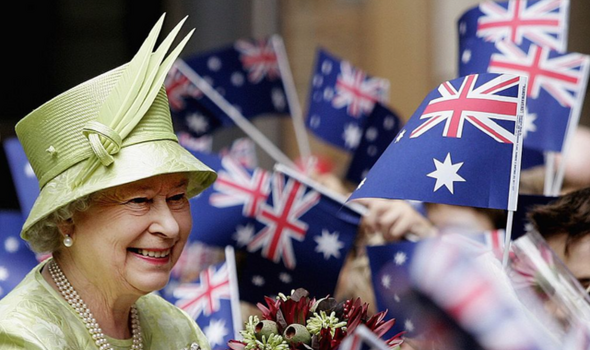 She added: “And I remember asking the Prime Minister at the time of marking the Queen’s Jubilee, and I said ‘look you’re preparing for Australia to become a republic, when do you think this is going to happen?’

“For now, it’s about paying tribute to a Queen that is seen here… Not just as the head of state but a true friend of Australia and a symbol of duty and service throughout the 70 years of her rain.”