The Queen is the latest addition to a more than 100-year history of monarchs in the UK which started with William of Normandy. The famed English monarch set foot on British soil in the early 11th century and claimed the throne by 1066. His rule gave way to a chequered royal tapestry of kings and queens, and the Queen shares a name with one of the most famous.

Is the Queen related to Elizabeth I?

King Henry VIII took to the throne in 1509 and married his first wife, Catherine of Aragon in the same year.

Growing impatience with her inability to produce a son in heir ultimately ended in the establishment of the Church of England, which the king established to divorce her.

The split ended with his marriage to Anne Boleyn, arguably the most famous of his wives, in 1533. 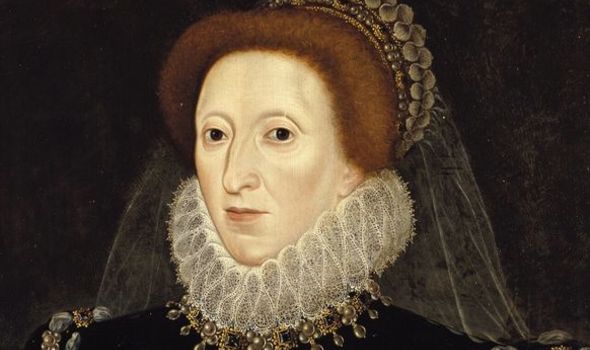 Together, they welcomed another female heir, Elizabeth, who would go on to become Elizabeth I, Queen of England.

But despite her nearly 45 years on the throne, Elizabeth I did not welcome any heirs, and famously adopted the moniker “Virgin Queen”.

As such, she had no direct descendants, but she still shares a common ancestry with Queen Elizabeth II.

Elizabeth I and II’s family lines join at King Henry VII and his siblings.

According to Robert Stedall, an author of books on Tudor and Irish history, the Queen’s connection to the Tudors comes from Henry VII’s sister, Queen Margaret of Scotland.

Writing on question and answer site Quora, he explained the Queen has 1/32,768th of the Scottish Queen’s blood.

“Mary’s son, James I of England had a daughter, Elizabeth ‘the Winter Queen’ who married Frederick V, the Elector Palatine.”

“Their youngest daughter, Sophia, b. 1630 married Ernest Augustus, Elector of Hanover, and was nominated to succeed Queen Anne to provide an English Protestant succession.

“Although she died before Queen Anne, her son, George Lewis, Elector of Hanover, became George I and is a direct ancestor of Prince William.”

“By my calculations, this makes Henry VIII, the Queen’s 14 x great uncle, at which level she has a 1/32,768th part of Queen Margaret’s blood.”

Despite the hundreds of years between them, the current Queen Elizabeth is only the second to sit on the British throne.

However, she is the first to rule both England and Scotland.

When Elizabeth I ascended to the throne, Britain was not yet the United Kingdom.

The Act of Union wouldn’t come until more than a century after her death in 1707.

But her immediate successor, King James VI of Scotland, announced his intention to unite the two kingdoms and claimed the title “King of Great Britain”, which has now passed to the current Queen and making her Elizabeth I of England and Scotland.

Labour will 'back second referendum that includes Boris Johnson's deal'