Queen Elizabeth II, 94, has continued with royal duties despite Prince Philip, 99, her husband of more than seven decades, currently being in hospital. After it was announced that the Duke had been transferred to St Batholomew’s Hospital on Monday for tests and observation, the Palace shared several updates about the Queen’s latest work.

From making jokes during a video call with Australia as she virtually unveiled a new statue of herself to speaking with British Army bosses and Chancellor Rishi Sunak, the Queen has been exceptionally busy in recent days.

Daily Express royal correspondent Richard Palmer suggested the Palace was keen to show it was business as usual despite fears for the Duke’s health.

Mr Palmer tweeted on Tuesday: “The Queen spoke by phone with the head of the Army, the Chief of the General Staff, General Sir Mark Carleton-Smith, earlier today.

“Buckingham Palace is sending out the message that she is keeping calm and carrying on with her duties as head of state despite Philip’s illness.” 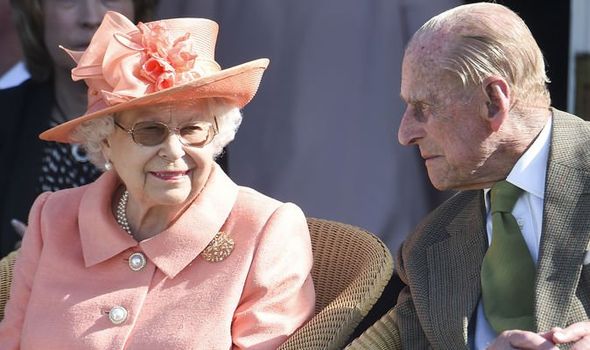 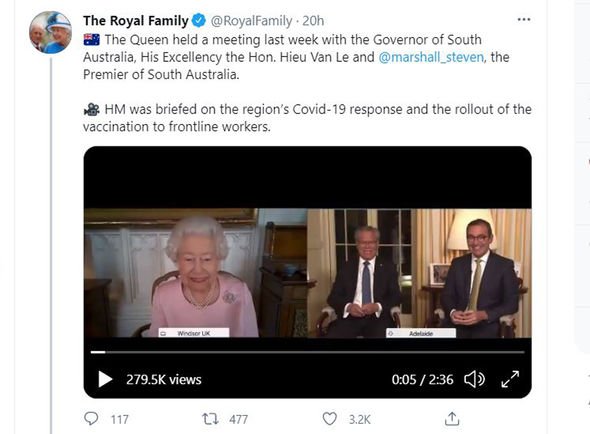 On Tuesday evening the Royal Family Twitter account confirmed the Queen had carried out a customary phone call with Chancellor Rishi Sunak ahead of tomorrow’s budget.

The tweet read: “Earlier this evening, The Queen held an Audience via telephone with the Chancellor of the Exchequer, the Rt. Hon. Rishi Sunak MP.”

Reacting to the Queen’s packed schedule, one royal commentator claimed she was setting a fine example to Britons as the nation begins to emerge from the COVID-19 pandemic.

Royal commentator Richard Fitzwilliams told Express.co.uk: “One of the remarkable features of this period when Prince Philip has been in hospital, is the example the Queen has set to the nation by carrying on as usual.” 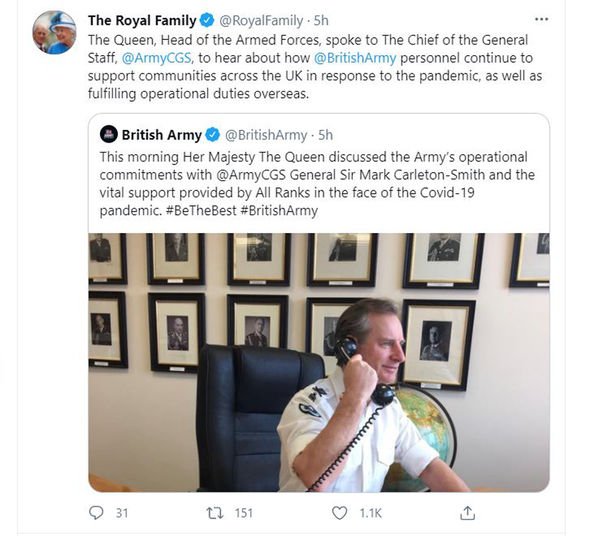 Mr Fitzwilliams claimed the Queen’s ability to “have some charming fun” despite underlying concern for her husband’s health, makes her a national role model.

He added: “The unveiling of a figurative statue of her at Government House in South Australia was also an opportunity for her to have some charming fun, she suggested that those who saw it might think she could have made an unexpected arrival.

“When presented with a maquette, a small model of it, she joked she was glad it was not as big as the actual work.

“She has, after all, visited Australia 16 times.”

Mr Fitzwilliams added: “It was a delightfully normal episode, done virtually of course and at a stressful time for her.”

The expert also touched on the Queen’s call with military bosses, saying: “She also spoke by telephone to the Chief of the General Staff, Sir Mark Carleton-Smith, to thank him for the support the army has given in the fight against COVID-19 during the pandemic, as well as discuss its operational commitments.”

Mr Fitzwilliams also praised the Queen’s recent message to Britons hesitant about getting the vaccine.

He said: “When she recently urged the public to take the vaccine, implying that those who did not were being selfish, it was the best way possible to spread the word.” 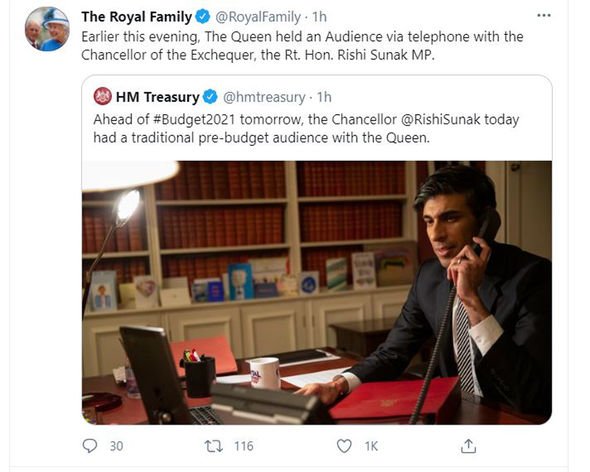 Mr Fitzwilliams claimed the Queen’s continuing strength in the face of adversity is “appreciated” by Britons.

The expert concluded: “Her fortitude is amazing and is appreciated by a grateful nation as it gradually begins to recover.”

Buckingham Palace shared a new update on the Duke’s health on Monday, as he entered his third week in hospital.

The statement read: “The Duke of Edinburgh was today transferred from King Edward VII’s Hospital to St Bartholomew’s Hospital where doctors will continue to treat him for an infection, as well as undertake testing and observation for a pre-existing heart condition.