Lime green has become one of Her Majesty’s landmark colours, after she wore it to many key royal engagements. The Monarch wore the striking hue during her first public engagement of 2021, the 100th anniversary of the Royal Australian Air Force.

For the event, held at the Commonwealth War Graves Commission in Maidenhead, she recycled a lime green outfit she had previously worn for Royal Ascot in 2019.

Sophie, the Countess of Wessex, once revealed in the documentary The Queen at 90 why the Queen is inclined to sport such striking colours.

“She needs to stand out for people to be able to say ‘I saw the Queen’.

“Don’t forget that when she turns up somewhere, the crowds are two, three, four, 10, 15 deep, and someone wants to be able to say they saw a bit of the Queen’s hat as she went past.” 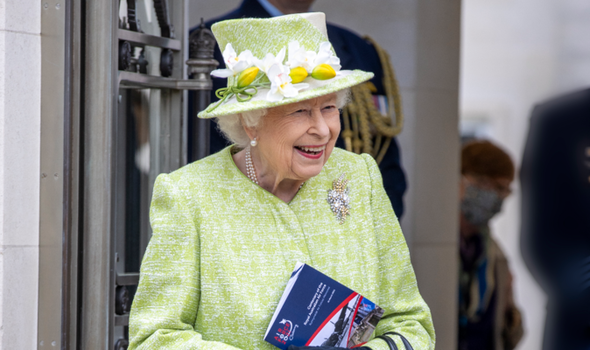 But the significance of lime green being predominant in the Queen’s wardrobe goes beyond the reason outlined by the Countess, according to the Telegraph.

In an article for the news outlet, fashion editor Tamara Abraham explained that the Queen uses lime green to “punctuate some key moments in royal history.”

She wrote: “Take her 90th birthday in 2016, which was marked by Trooping the Colour.

“That was the first instance in which she wore the hue, and it made headlines across the globe.”

She added: “She wore the colour again for the first day of Royal Ascot in 2017 – Her Majesty is famously a keen fan of the races – and then again in 2018 for the wedding of her grandson Prince Harry and Meghan Markle, arguably the most important royal occasion since his brother Prince William married Kate Middleton in 2011. 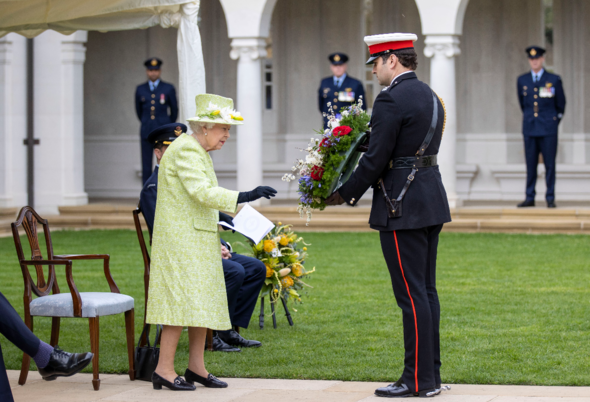 “She chose it again at Royal Ascot in 2018, and also for her first engagement alone with the Duchess of Sussex – a key moment in Meghan’s life as a working royal.”

Her latest royal engagement saw her leave Windsor Castle for the first time since November 8 and was a particularly poignant event as it was the Monarch herself who opened the Commonwealth War Graves Commission in 1953.

During the service, the Queen shook hands with an official and expressed her delight at the occasion.

She said: “It’s a rather nice day. It’s been a long time since I’ve been here.”

‘Open public loos’ or millions will be stuck at home