Throughout her life the Queen was adorned with countless precious and priceless jewels, but will reportedly only be buried with simple sentimental pieces. Her wedding ring itself, made of Welsh gold, spawned a royal tradition, while her bejewelled engagement ring will reportedly be given to her daughter, Princess Anne.

The Queen’s private jewellery collection is reported to hold 46 necklaces, 34 pairs of earrings, 15 rings, 14 watches, five pendants and 98 of her signature brooches.

Despite a vast array of choices, Lisa Levinson, head of communications at the Natural Diamond Council told Metro.co.uk that the Queen would likely be buried with just her wedding ring and a pair of pearl earrings.

Levinson claimed the Queen was “an incredibly humble woman” and noted it “is unlikely” that she will be draped in priceless jewels when she is laid to rest.

The expert noted that jewels not buried with Queen Elizabeth are likely to remain in the royal collection.

Queen Elizabeth’s wedding ring, which was passed on to her from her parents, began a royal tradition of having wedding rings made from Welsh gold mined at Clogau St. David’s gold mine. 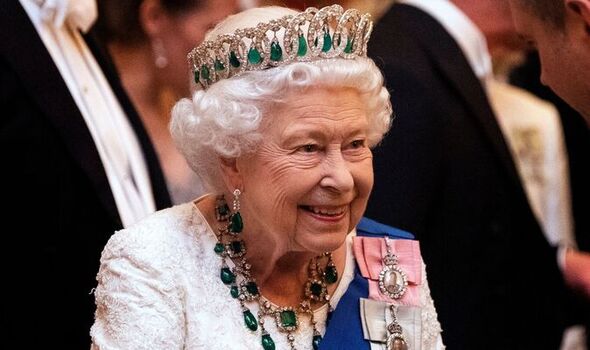 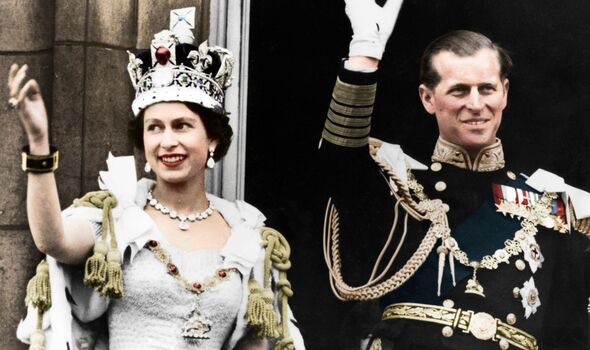 The Duchess of Cambridge’s wedding ring was made from a piece of Welsh gold the Queen had gifted Prince William after their engagement.

The only other piece of jewellery the Queen is expected to be buried with are her signature pearl earrings.

Wearing pearls is a royal tradition dating back thousands of years, according to The Queen’s Jewels author Leslie Field.

In a conversation with People, Field claimed the Queen’s love of pearls was thanks to a family tradition started by Queen Victoria. 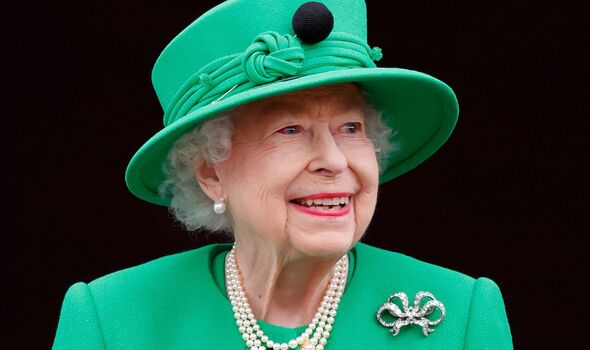 The author claimed King George VI gave Queen Elizabeth a platinum chain and added two pearls to it on her birthday each year.

The Queen’s extensive collection harbers some items that have equal weight in sentimental value and price.

Levinson claimed that one of the most expensive jewellery items in the Queen’s collection is likely to go to her daughter.

The ring has 11 diamonds which, according to Levinson, was taken from a tiara owned by Prince Philip’s mother, Alice of Battenberg, and is reportedly worth roughly £150,000.

Passing on engagement rings is another royal tradition started by the Queen Mother as she left hers to her family.

Prince Charles reportedly used his grandmother’s ring to propose to Camilla, the Duchess of Cornwall.

The late Princess Diana continued this tradition, leaving her sapphire engagement ring to her sons.

Prior to this tradition, it is believed that Queen Victoria was buried in 1901 with her striking 18-carat ring. 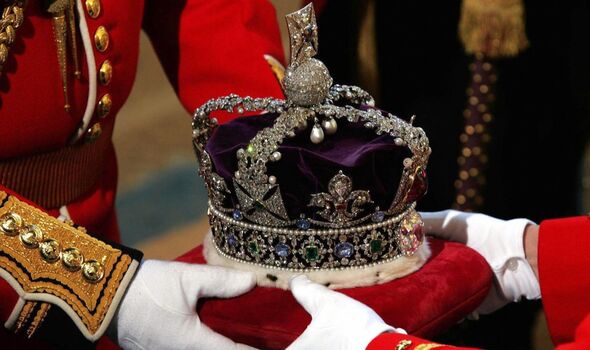 The ring was shaped like a snake and had rubies for eyes, diamonds for its mouth, and an emerald at the centre of its head.

As reported by the aforementioned publication, the Queen’s coffin will be accompanied by the Royal Standard and the Imperial State Crown.

The crown is emblazoned with over 3,000 gemstones and was worn by the Queen on special occasions like the State Opening of Parliament.

It includes the gem known as the Second Great Star of Africa, a 317-carat gem mined in South Africa in 1905.