Tributes for the Queen continue to pour in as the country mourns the loss of its longest serving monarch and welcomes King Charles III to the throne. In his address, the King hailed his “beloved mother” and thanked her for her “love and devotion”, adding: “Thank you for your love and devotion to our family and to the family of nations you have served so diligently all these years. May ‘flights of Angels sing thee to thy rest’.”

While the Queen was famous for her stoicism, behind the scenes she often displayed her sense of humour in hilarious fashion – sometimes with some of the world’s most important people.

A cheeky moment between Her Majesty and Prince Harry occurred during the ceremony for his graduation from Sandhurst Military Academy in 2006.

As the Queen inspected each soldier, she eventually came to her grandson. The Duke of Sussex couldn’t help but grin, provoking his grandmother to smile back.

Another funny moment came in 1983, when the Queen attended a state dinner with then US President Ronald Reagan. During her speech, she made Mr Reagan roar with laughter as she joked about the bad weather she had encountered in California. 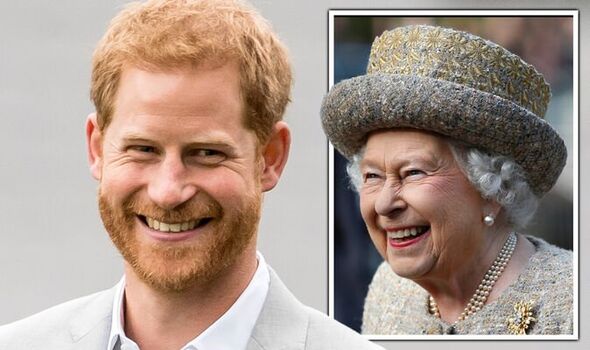 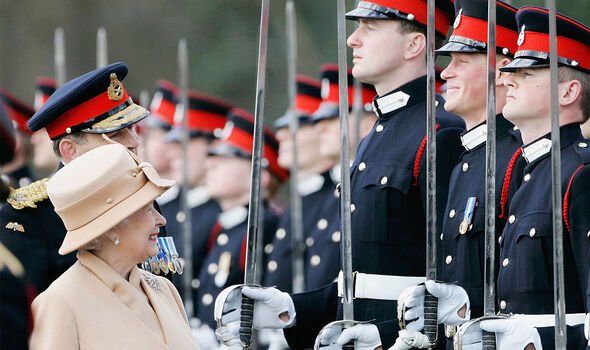 The monarch made a habit of joking around with US Presidents. She was at it again in 2007 when she gave George W. Bush some stick for accidentally adding 200 years onto her age.

Mr Bush mistakenly commended the Queen for helping the US celebrate the US’ 200th anniversary in 1776, instead of 1976.

But she later hit back during an address to guests at the White House, saying: “I wondered whether I should start this toast by saying, ‘When I was here in 1776’.” In his own speech, Mr Bush responded: “Your Majesty, I can’t top that one!”

One memory of the Queen that is hard to forget is her cameo during the 2012 London Olympics Opening Ceremony. In the famous sketch, she meets James Bond (Daniel Craig) before boarding a helicopter to fly over London. 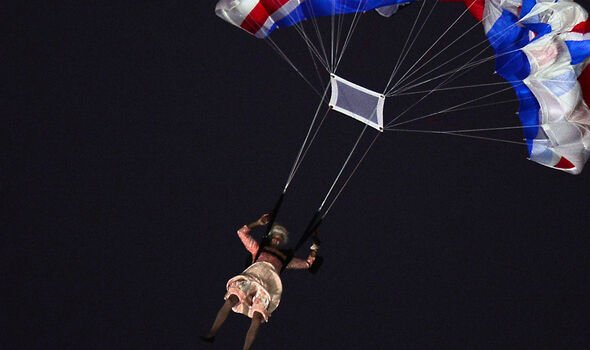 They eventually reach the Olympic Stadium, and the sketch ends with the Queen jumping out of the helicopter alongside 007, timed perfectly for the real monarch to emerge at the opening ceremony.

Mr Craig once recalled how the Queen was much more composed for the scene than he was. Meanwhile, Angela Kelly wrote in her memoir of the Queen: “I asked then if she would like a speaking part.

“Without hesitation, Her Majesty replied: ‘Of course I must say something. After all, he is coming to rescue me’.”

Perhaps the best tale of the Queen’s wit came from Richard Griffin during this year’s Platinum Jubilee celebrations. Richard Griffin, a Royal Protection Officer at the time, was present when Her Majesty met two American tourists at Balmoral Castle.

He told Sky News that she pranked them, saying: “There were two hikers coming towards us, and the Queen would always stop and say hello. And it was clear from the moment we first stopped that they hadn’t recognised the Queen.” 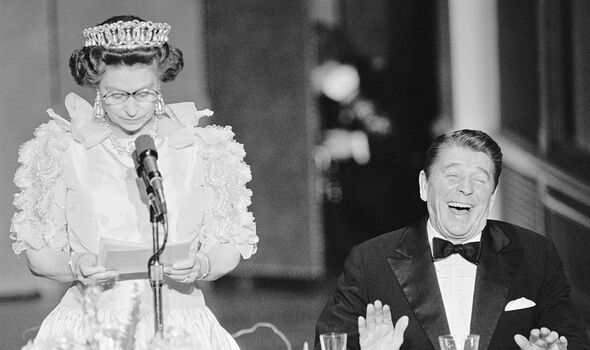 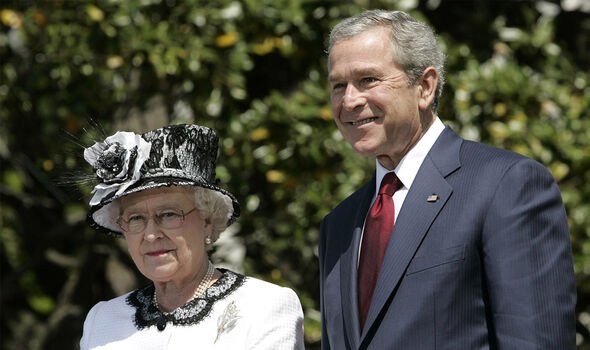 When the tourists asked the Queen where lived, Mr Griffin said the Queen responded: “Well I live in London, but I’ve got a holiday home just on the other side of the hills”, to which the clueless tourist said: “How often have you been coming up here?”

The Queen was then asked by the tourist whether she had met the Queen, and even then the monarch wouldn’t give the game away.

Referring to her protection officer, Her Majesty said: “Well I haven’t, but Dick here meets her regularly.”

When the American asked what the Queen was like, Mr Griffin replied: “Oh, she can be very cantankerous at times, but she’s got a lovely sense of humour.”

The tourists then took a picture with the Queen, still now knowing that they were in her company.

Recalling the moment Mr Griffin added: “Her Majesty said to me, ‘I’d love to be a fly on the wall when he shows those photographs to their friends in America — and hopefully someone tells him who I am’.”