Donald Trump visited the UK on a formal state visit in June this year, where he was treated to a royal banquet and hosted by the 93-year-old Queen Elizabeth at Buckingham Palace. Mr Trump was full of praise for Her Majesty’s hospitality, and bragged she had never had as much fun as she did during his visit. But despite his sensational claims, it seems he may not have been as popular a guest as hoped.

During the visit, Mr Trump reportedly insisted on flying into Buckingham Palace by helicopter twice in one day, the Sunday Times has revealed.

This left permanent damage on one of the Queen’s prized possessions: the lawn at the Palace.

The day after the damage was done, Her Majesty is said to have expressed her distress to Scott Morrison, the Australian prime minister, who had also travelled to the UK for the D-Day commemorations.

A source close to Mr Morrison said: “He had got off the plane and went straight to the palace to see the Queen, who led him out to the gardens and said: ‘Come and look at my lawn. It’s ruined.’” 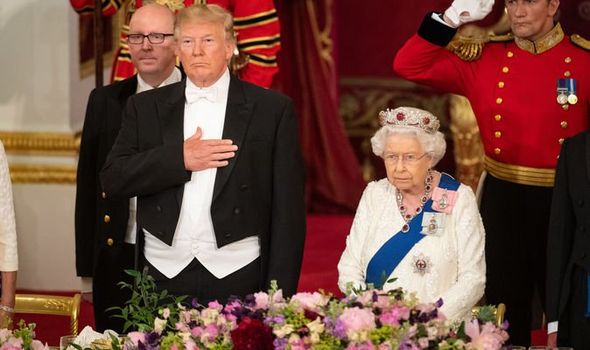 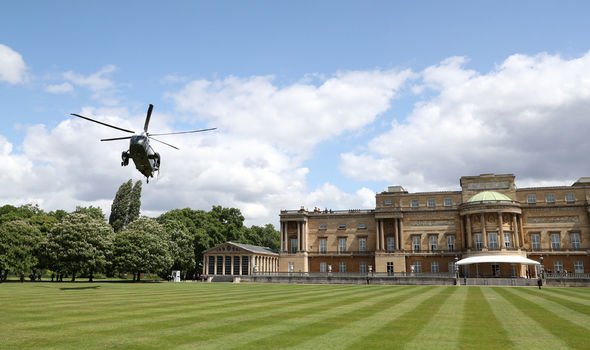 The Marine Once helicopter is said to have left scorch marks and craters in the grass.

Mr Trump and the First Lady Melania received an official welcome from Prince Charles and the Duchess of Cornwall when they disembarked the chopper.

A support helicopter, Nighthawk Two, also parked on the lawn.

Later that day, Trump used a helicopter for the three-mile journey to the palace from Winfield House in Regent’s Park, the US ambassador’s residence, where he was staying, landing on the Queen’s lawn to attend the state banquet.

The main lawn at Buckingham Palace is the centrepiece for the Queen’s official residence and forms the focal point of the monarch’s annual garden parties. 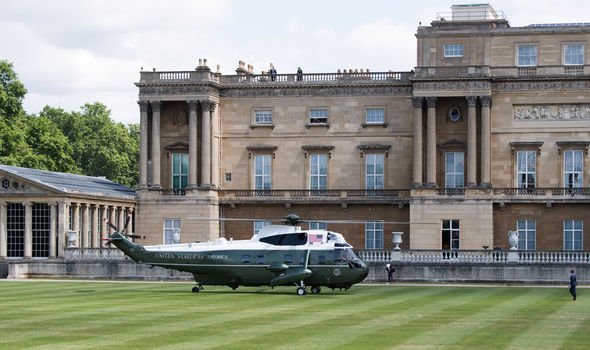 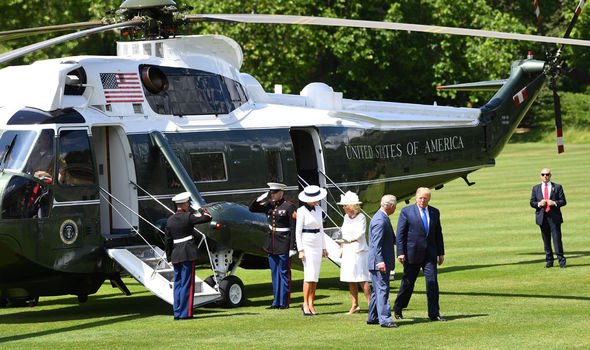 Last month, it emerged a new presidential helicopter, which is due to go into service next September, had a flaw, causing similar damage to the White House lawn during testing.

In 2016 the Queen opposed a request from US security services for six helicopters to land at Windsor Castle when Barack Obama visited.

She insisted on fewer helicopters to protect her lawns.

However, Mr Trump’s security didn’t get the memo and the President was oblivious to the offence.

On the same day, he tweeted: “London part of trip is going really well. The Queen and the entire Royal family have been fantastic…Great love all around.” 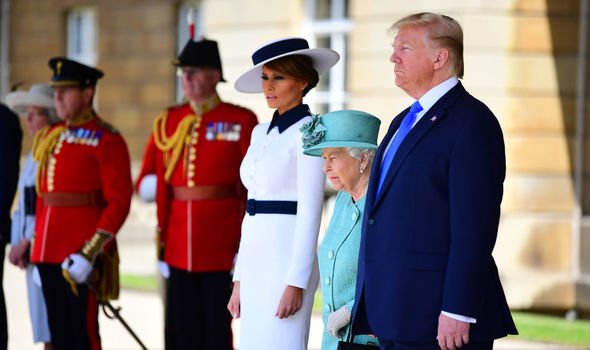 During a speech at the banquet later, he described the Queen as “a great, great woman”.

And in an interview with Fox News’ “Fox and Friends” show, he said: “I have such a great relationship, and we were laughing and having fun.

“And her people said she hasn’t had so much fun in 25 years. Then I got criticised for it because they said we were having too much fun.”

Adding she was an “incredible lady”, he also said: “I feel I know her so well and she certainly knows me very well right now, but we have a very good relationship also with the United Kingdom.”