Queen arrives in Edinburgh for week in Scotland

Prince Charles, Princess Anne, Prince Edward and Sophie hosted the event in the grounds of Holyroodhouse in Edinburgh. The Queen, 96, who is suffering from ongoing mobility issues, did not make an appearance at the garden party.

It comes as the royals have travelled to Scotland en masse for Holyrood week.

Yesterday’s garden party was held to recognise the positive contributions of communities across Scotland.

The Prince of Wales, the Princess Royal and the Wessexes arrived via the Equerry Door to the national anthem and then met with guests.

They were also joined by politicians including Scottish First Minister Nicola Sturgeon and the leader of the Scottish Liberal Democrats Alex Cole-Hamilton. 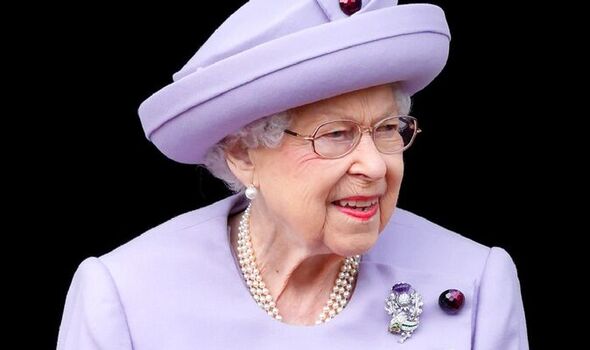 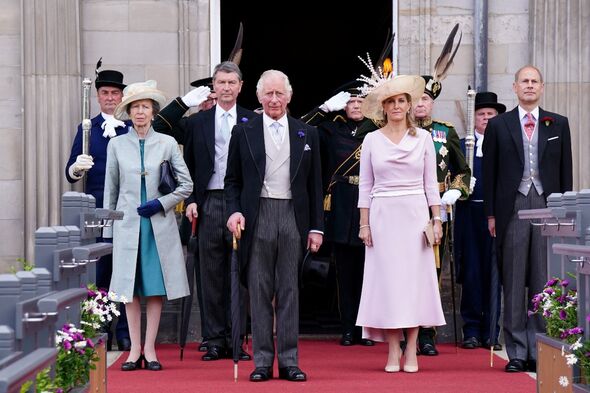 Attendees enjoyed music as well as refreshments in the palace gardens.

The Queen did not make an appearance at the event at the Scottish royal residence.

It comes amid heightened concern for her health as she faces episodic mobility issues.

Buckingham Palace previously confirmed that the Queen would not be attending garden parties this summer. 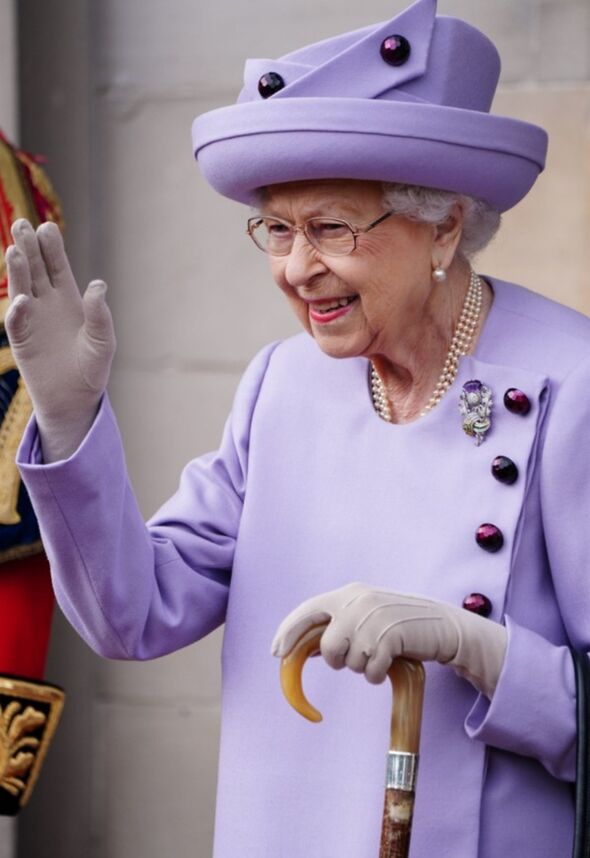 She traditionally hosts three a year with two at her London residence and one at Holyroodhouse.

Other royals are instead representing the Queen at the garden parties.

It is understood the key factor in the decision was the length of time hosts spend standing during garden parties which last well over an hour.

DON’T MISS
Royal Family bring in NEW policies for palace staff
Where does the Queen stay when in Holyrood?
Harry and Meghan fans ‘turn away’ from couple, expert claims 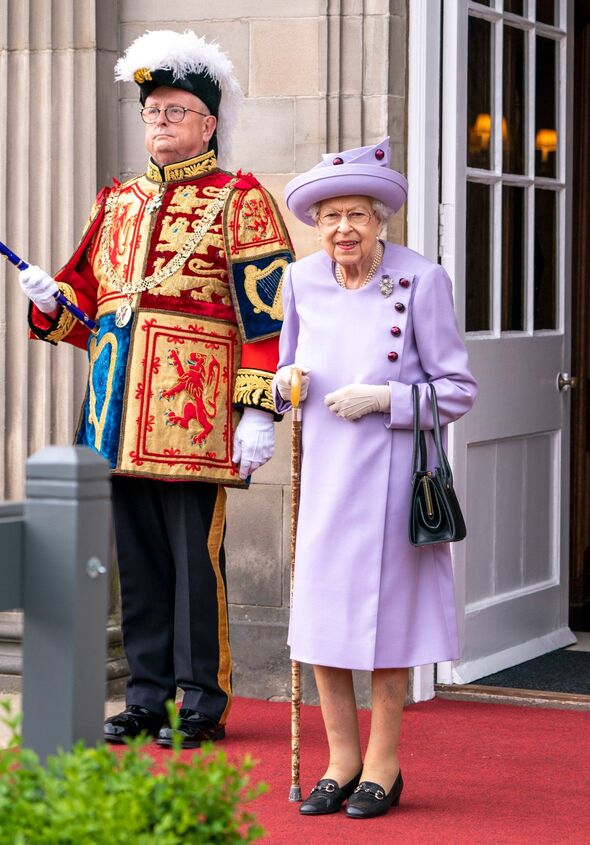 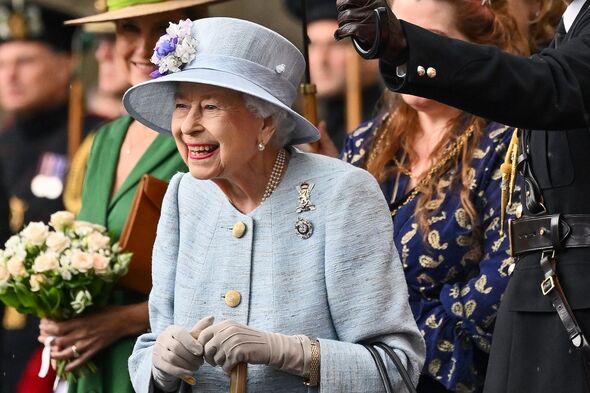 However, her bruised hands sparked concerns over her health.

And on Tuesday, the Queen attended an act of loyalty parade of the armed forces at Holyroodhouse.

She kicked off the week with the historic Ceremony of the Keys on Monday.

In a message marking the end of the Jubilee festivities, the Queen pledged to continue to serve the country “to the best of my ability supported by my family”.