Home » Europe » Queen heartbreak: The day Elizabeth found out her father had died

Queen Elizabeth II left Balmoral for the final time this morning as her coffin began the journey from the royal estate to Edinburgh. The cortege will travel through Aberdeen, Dundee and Perth before reaching Edinburgh, where Her Majesty’s coffin will lie at rest in The Palace of Holyroodhouse overnight. Thousands of people have lined the streets to pay their respects to the late monarch as the procession makes its 175-mile journey.

In an official statement, Buckingham Palace confirmed that the Queen had died peacefully at Balmoral on Thursday, September 8.

It marked the end of her historic 70-reign which began back in 1952 when then-25-year-old Elizabeth ascended the throne following the death of her father, King George VI.

George had endured a long battle with lung cancer and his health had been declining in the years leading up to his death. It was for this reason he asked his eldest daughter, then-Princess Elizabeth and her husband Prince Philip to undertake a Commonwealth tour in his place.

The King waved goodbye to his daughter from Heathrow airport, not knowing it would be the last time they saw each other. 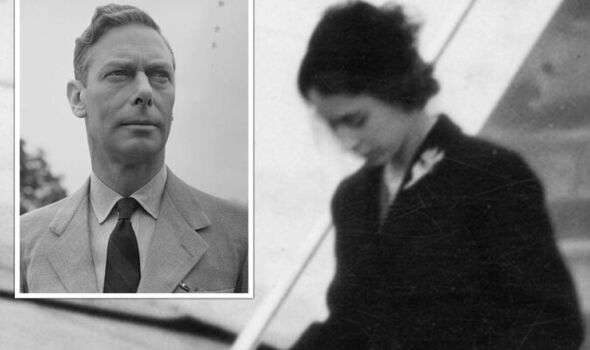 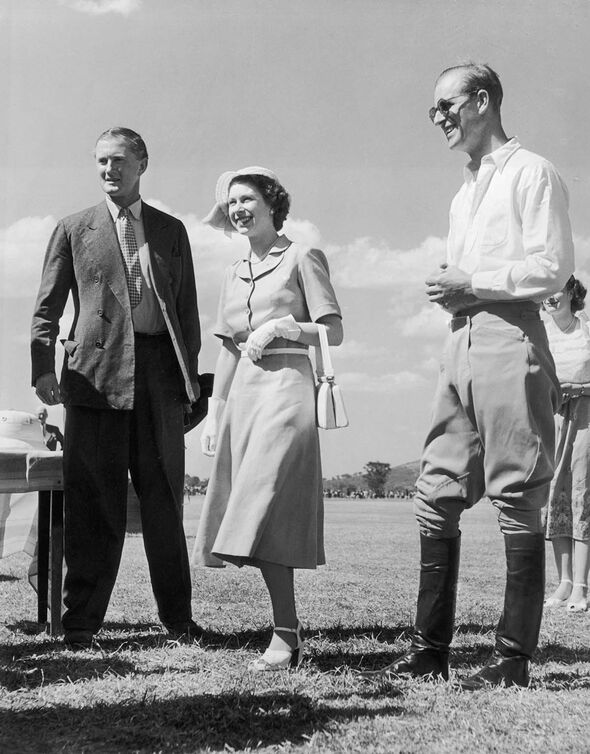 Elizabeth and Philip arrived in Kenya on the first of the month; they greeted the Governor of Kenya, attended a garden party and enjoyed time at the Treetops Hotel, which was located in the heart of the forest.

Five days into their trip, on February 6, King George VI died peacefully in his sleep at Sandringham, the royal estate in Norfolk.

It was the Duke of Edinburgh who broke the news of her father’s death to the young Princess. A message had been given to Philip’s equerry and friend Mike Parker that the King was dead.

Just moments before, the couple had been resting at Sagana Lodge which had been given to them as a wedding present by the people of Kenya. As he heard the news, the Duke looked as if “you’d dropped half the world on him”, according to one close aide. But Elizabeth remained composed despite her grief. 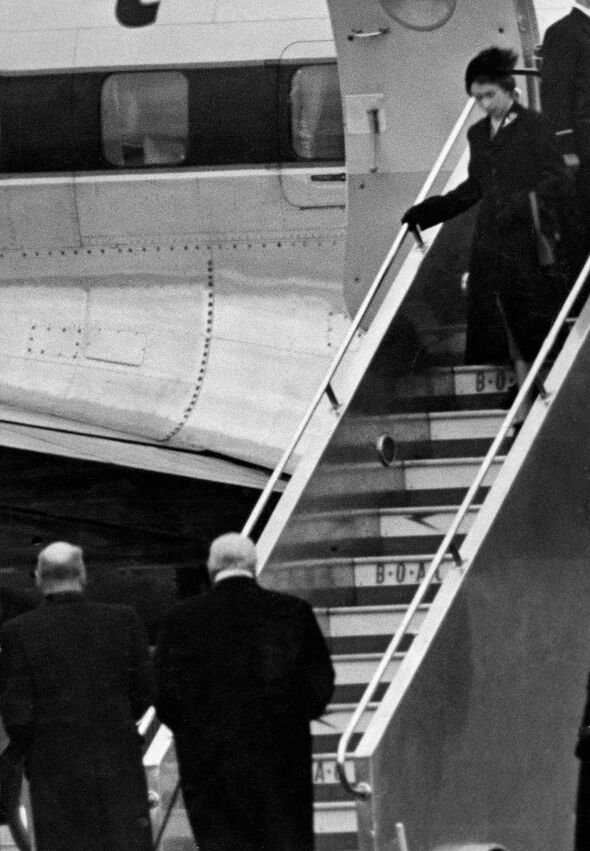 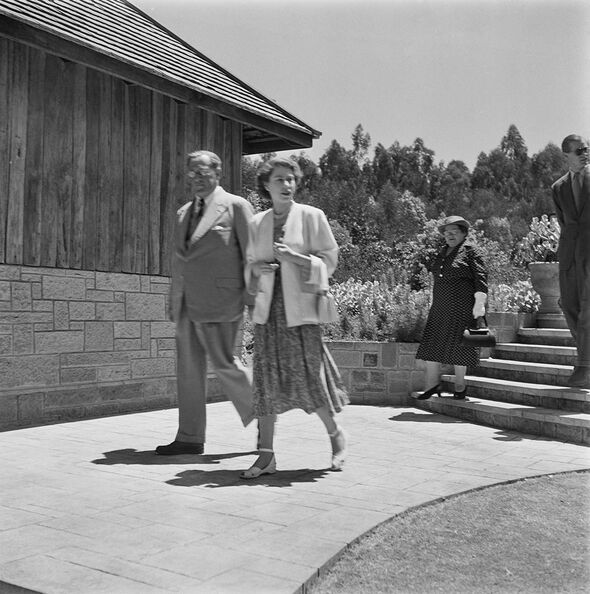 The couple took a walk around the grounds. The Princess was said to be devastated but immediately recognised the duty that was now on her shoulders.

According to Robert Lacey, author of ‘The Queen: A Life in Brief’, she reacted stoically and showed almost no distress, quoting Martin Charteris, the princess’s private secretary, he wrote: “She was sitting erect, fully accepting her destiny.”

When Mr Charteris asked what name she wished to use as Queen, she replied simply: “My own name, of course, Elizabeth.”

The tour was cancelled and the royal couple decided to travel back to the UK. After being delayed by a thunderstorm, Elizabeth and Philip returned to London. 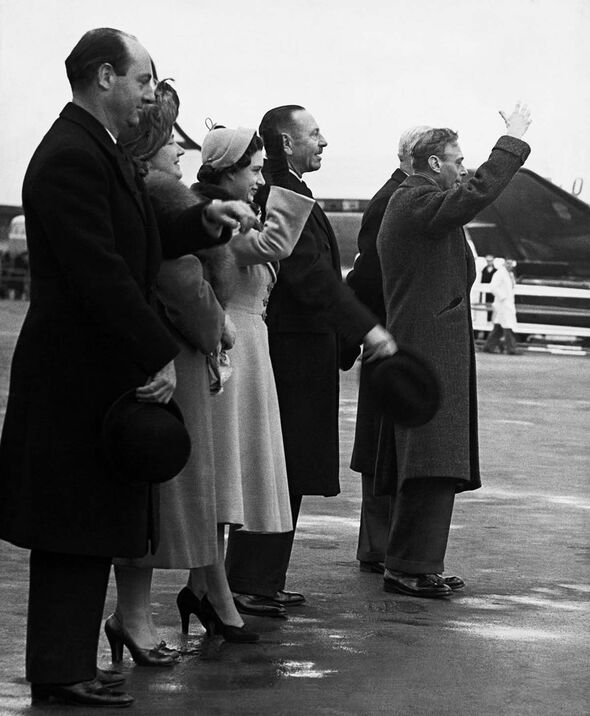 In an Accession Council at St. James’s Palace, Elizabeth was officially proclaimed as the new British monarch, marking the end of her father’s 15-year reign and the beginning of her own.

She said: “By the sudden death of my dear father I am called to assume the duties and responsibilities of sovereignty.

“My heart is too full for me to say more to you today than I shall always work, as my father did throughout his reign, to advance the happiness and prosperity of my peoples.”

Looking back on her father’s death, the new Queen penned a letter to George’s former private secretary Sir Eric Mieville. It read: “It all seems so unbelievable still that my father is no longer here and it is only after some time has passed one begins to realise how much he is missed.”

It continued: “We have been so comforted to know that we are not alone in our sorrow, as it seems so many people feel they have lost a friend as well as a king.”

George VI was laid to rest in the vault of his ancestors in St. George’s Chapel in Windsor. He was later transferred to Windsor Castle’s King George VI Memorial Chapel. His wife, the Queen Mother, was buried there in 2002, and the ashes of Princess Margaret, who also passed in 2002, are also in the chapel.

Following Queen Elizabeth II’s state funeral on Monday, September 19 at Westminster Abbey, there will be a graveside service at the chapel, which sits in the shadow of Windsor Castle. 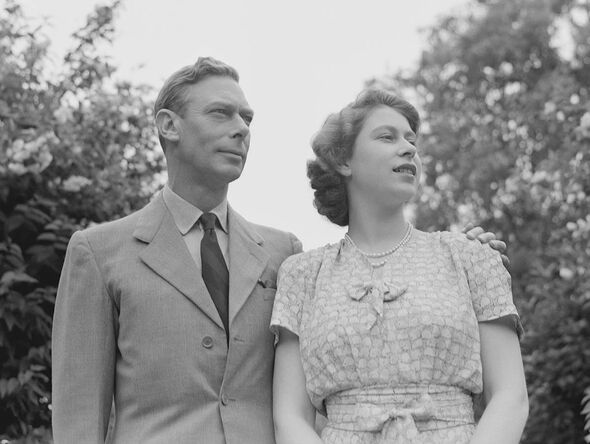 Her Majesty will then be buried with her parents and sister. Prince Philip, who died in April 2021 at the age of 99 years old, was buried in the Royal Vault at the chapel. After the Queen’s death, it is expected that the Duke of Edinburgh will be moved to be buried beside her.

Coronavirus latest: 5,000 volunteers to be offered antibody test to beat the disease