The Queen’s coffin has left Edinburgh – marking the beginning of a poignant journey to London.

All eyes have been on Scotland over the last week, following the casket as it was taken from Balmoral Castle to the capital.

Mourners in London will soon get their chance to say farewells to the late monarch.

Princess Anne accompanied the Queen’s coffin on its journey from St Giles’ Cathedral this afternoon.

After winding up the Royal Mile, the convoy then drove past the ramparts of Edinburgh Castle, which provided a dramatic backdrop to the procession.

Crowds of thousands lined the streets to try catch a glimpse of the Queen’s coffin.

When the oak casket arrived at Edinburgh Airport, it was carefully carried onto the aircraft by a Royal Air Force bearer party and a Guard of Honour.

As silence fell on the tarmac, there was a royal salute as a band of the Royal Regiment of Scotland stood alongside the plane. 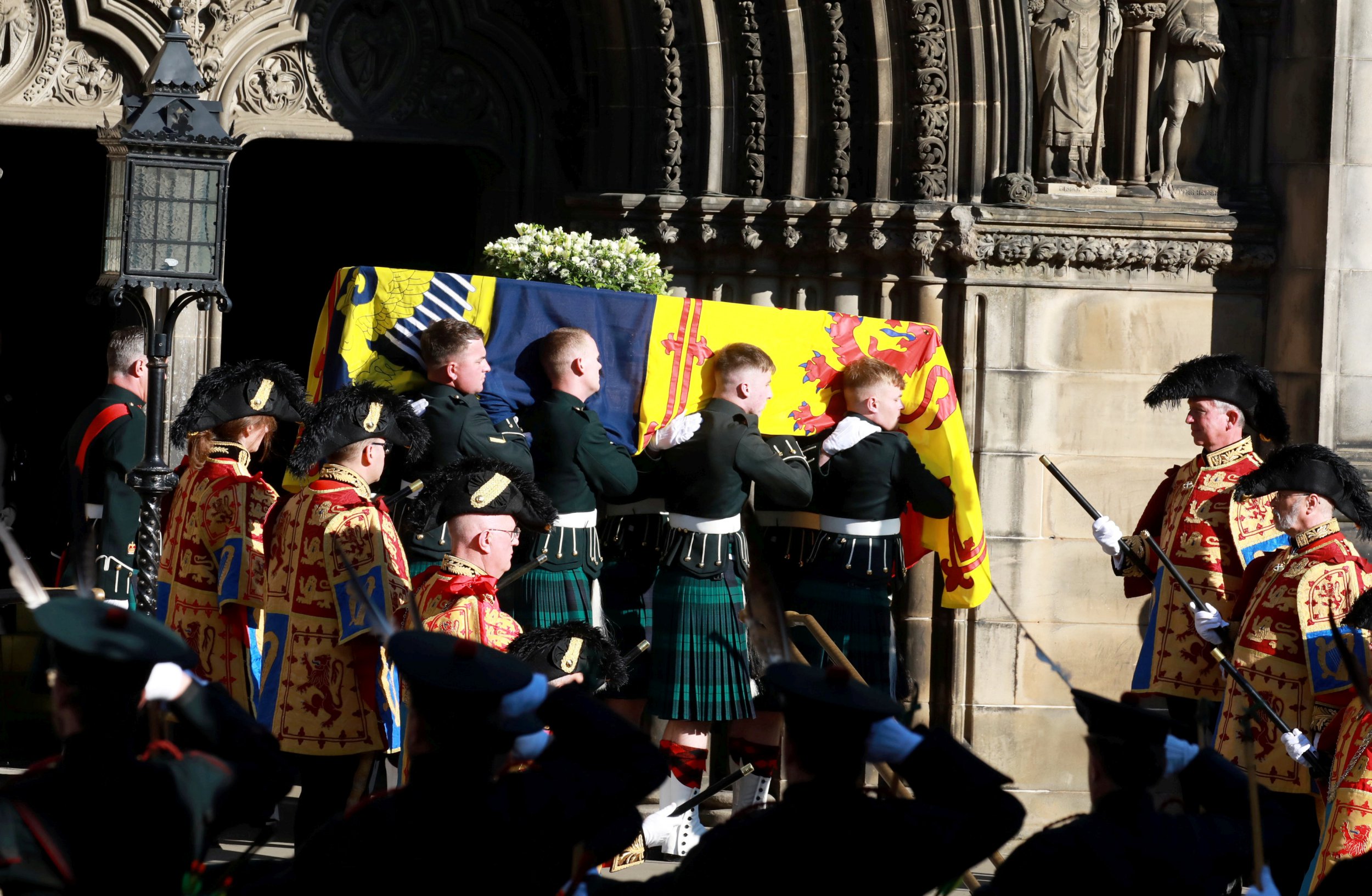 The national anthem was played as the aircraft made its way down the runway.

The Queen’s casket will be flown 400 miles to RAF Northolt and then taken to rest at Buckingham Palace’s Bow Room.

The Queen’s lying in state in Westminster Hall will then open to the public at 5pm on Wednesday. It will be available to visit 24 hours a day until it closes at 6.30am on September 19 – the day of the Queen’s funeral.

He led a royal procession up the city’s Royal Mile as he guided his mother’s coffin to St Giles’ Cathedral.

Later that evening, he and the Queen’s other children came together to carry out the Vigil of the Princes.

In doing so, Princess Anne had become the first ever woman to be part of the historic ceremony. Until now, it has only been carried out by male members of the royal family.

After ten minutes by the side of the Queen’s coffin, the group left St Giles’ Cathedral by car, making their way down the Royal Mile as darkness fell across the Scottish capital.

It marked the end of a long day for the monarch.

But the King’s duties were far from over, with a journey to Belfast on the cards today.

He and the Queen Consort held an audience with the new Northern Ireland Secretary Chris Heaton-Harris.

It took place at Hillsborough Castle in County Down, where they were also met leaders of the five main political parties and the Speaker of the Northern Ireland Assembly.

In reply to the message of condolence on behalf of the people of Northern Ireland King Charles III, said: ‘In the years since she began her long life of public service, my mother saw Northern Ireland pass through momentous and historic changes.

‘My mother felt deeply, I know, the significance of the role she herself played in bringing together those whom history had separated, and in extending a hand to make possible the healing of long-held hurts.’