Queen Letizia Ortiz Rocasolano and King Felipe VI have two daughters, Leonor, 14, and Sofia, 13, who are both princesses. Letizia became Queen of Spain on June 19, 2014, and is the first Spanish-born Queen consort since Mercedes of Orleans, the first wife of King Alfonso XII in 1878. Before she became a Queen, Letizia worked as a journalist for a number of renowned global news firms such as ABC, CNN and Bloomberg, which makes her stark warning to her young daughter all the more surprising.

But it seems the Queen has given royal fans a rare glimpse into what awaits her eldest daughter as she grows up.

On a visit to San Roca in Mallorca earlier this week, Princess Leonor was asked by another teenager what she would like to do as an adult.

Before Leonor had a chance to respond, Queen Letizia intervened to say her daughter will do “what she has to do, not what she wants to do”.

The remark came as Leonor toured the Naum Socio-Education Centre in Son Roca alongside her parents and her sister, Sofia. 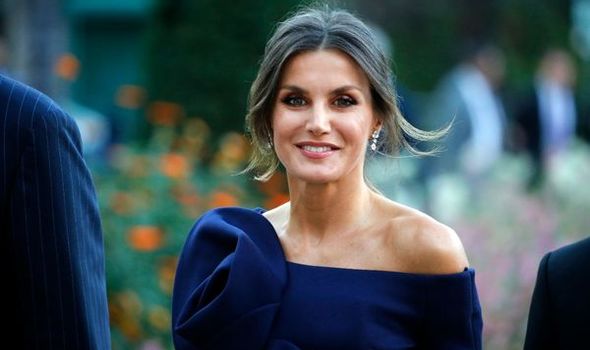 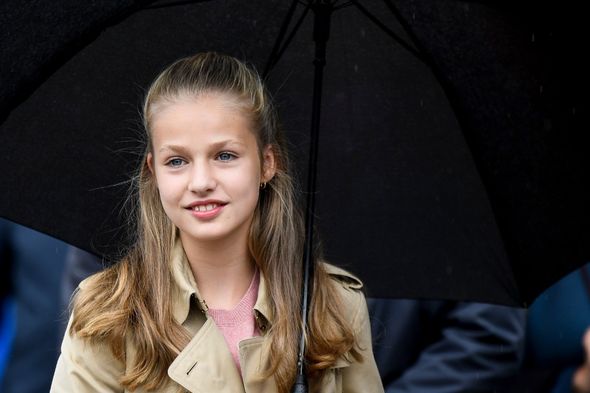 Mallorcan newspaper Diario reported that King Felipe had told the young people he and his family had met that they would never forget what they learned on the visit.

The Spanish royals took the opportunity to tour the centre and see some of the classes that are held there.

They also spoke to a number of people supported by the organisation, which aims to support young people at risk of social exclusion.

Princess Leonor is next in the line of succession for the Spanish throne, and is followed by her younger sister. 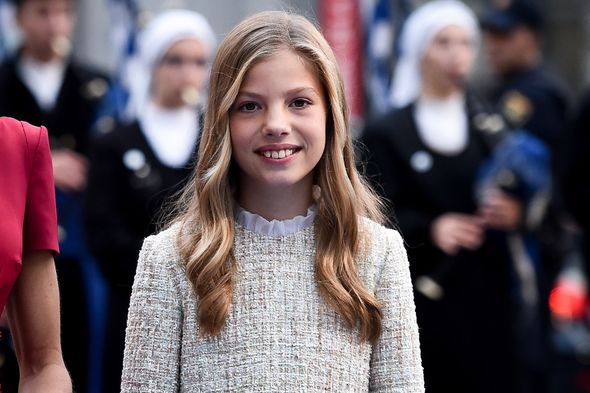 She became first in line to the throne when her father became ruling monarch in 2014 and holds the traditional title of the heir, Princess of Asturias.

Queen Letizia’s response to the question directed at her daughter was not the only event of the day to make headlines.

Outside the centre, the Queen of Spain was asked where King Juan Carlos was, to which Letizia replied: “I can’t hear you.”

Juan Carlos is the father of King Felipe and went into self imposed exile from Spain in recent weeks. 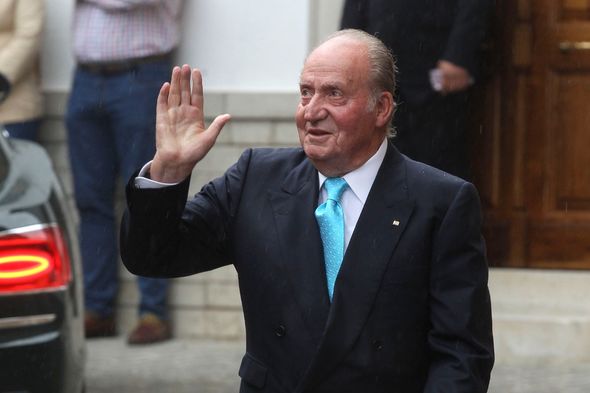 The announcement of his departure came on August 3, 2020, after it was revealed he had already left the country weeks before.

Juan Carlos was linked to an investigation into high-speed rail contracts in Saudi Arabia, and with the country’s controversial Royal Family.

In March, reports emerged that Juan Carlos had received a payout when Spanish firms secured a contract to build a rail line from Medina to Mecca, prompting the Spanish Supreme Court to launch a probe in June 2020.

According to reports, the accusation deals specifically with his connection to two overseas foundations, one set up by his cousin in Liechtenstein, and the other in Panama, which took in a £100million donation from the King of Saudi Arabia in 2008.

King Juan Carlos announced his decision to step down in a letter to the media, published on August 3.

The letter read: “Guided by the conviction to best serve the people of Spain, its institutions, and you as king, I inform you of my decision at this time to leave Spain.

“It is a decision I make with deep emotion but with great serenity.”

It is thought a number of factors have influenced Juan Carlos’s decision to leave his native land, including a series of scandals he was embroiled in during the 2000s.