The Monarch met Ms Merkel at Windsor Castle. Germany’s leader is due to step down later this year, after leading Germany since 2005.

While waiting for photographers, the Queen told Ms Merkel: “We have got the photographers here, always wanting to take a picture. Making history.”

The Monarch went on to ask Ms Merkel if she had seen the Prime Minister earlier that day. 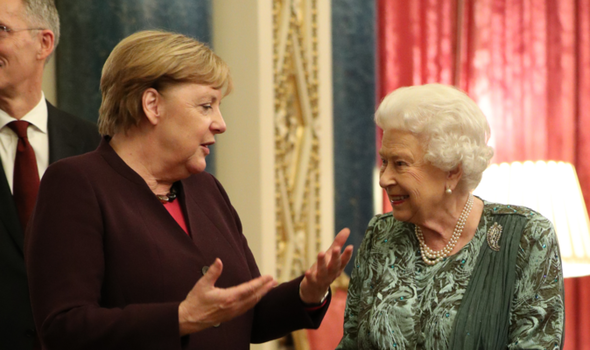 The Queen later asked: “So you flew in?”

Ms Merkel explained that she had arrived by helicopter.

Before her meeting with the Queen, Ms Merkel visited Mr Johnson at his country home. 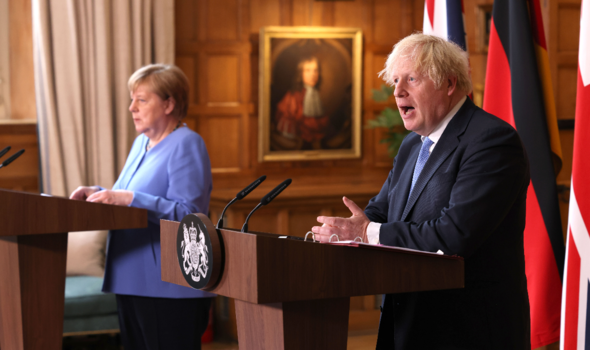 Last week Ms Merkel was lobbying for the EU to ban Britons from travelling to the bloc for holidays due to coronavirus concerns.

Following talks with Mr Johnson, the Chancellor said: “As you know, we’re reviewing our travel restrictions continuously and we think that in a foreseeable future, those who have received double jabs will then, according to our classification – and now Britain obviously is a high incidence area – will be able to travel again without having to go into quarantine.”

Ms Merkel highlighted that it was not just Germany that had stringent restrictions in place and that governments needed to “adjust” to the changing developments.