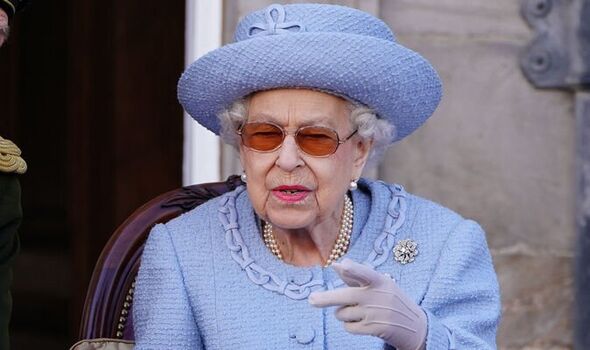 The Queen sent a message of condolence to the Governor General and people of Canada as she revealed she was mourning “with all Canadians at this tragic time”. She said: “I would like to extend my condolences to those who have lost loved ones in the attacks that occurred this past weekend in Saskatchewan.

“My thoughts and prayers are with those recovering from injuries, and grieving such horrific losses.

“I mourn with all Canadians at this tragic time. Elizabeth R.”

Ten people and 18 others were injured in a stabbing rampage on Sunday in the James Smith Cree reserve and nearby village of Weldon, rocking an indigenous community of 3,400 people in one of the deadliest attacks in Canada’s modern history.

Authorities said some of the victims were targeted and others appeared to have been chosen at random.

Canadian police searched into a fourth day on Wednesday for the remaining suspect in a stabbing spree.

Myles Sanderson, 30, whose brother and accused accomplice was himself found dead a day after Sunday’s attacks in Saskatchewan province, was briefly believed to have resurfaced on Tuesday in the vicinity of the rampage, about 200 miles north of the provincial capital of Regina.

The Royal Canadian Mounted Police (RCMP) issued an alert on Tuesday of “a possible sighting” of the surviving brother in the tribal reserve of the James Smith Cree Nation, urging residents to remain indoors and be vigilant.

Damien Sanderson was found dead in a grassy area of the reserve the next day. Police said they were investigating whether the younger sibling might have killed his brother and possibly sustained injuries that might need medical attention.

Regina police chief, Evan Bray, said the search for Myles Sanderson was focused in that city, but in a videotaped Twitter update posted on Tuesday said the manhunt had “expanded into the province”.

Among the surviving victims, ten were in hospital as of Tuesday afternoon, seven in stable condition and three critical.

Kinship carers at ‘breaking point’ due to ‘dump and run’ approach, charity says

‘Do you support Andrew?’ Prince William tight-lipped about his uncle at royal engagement