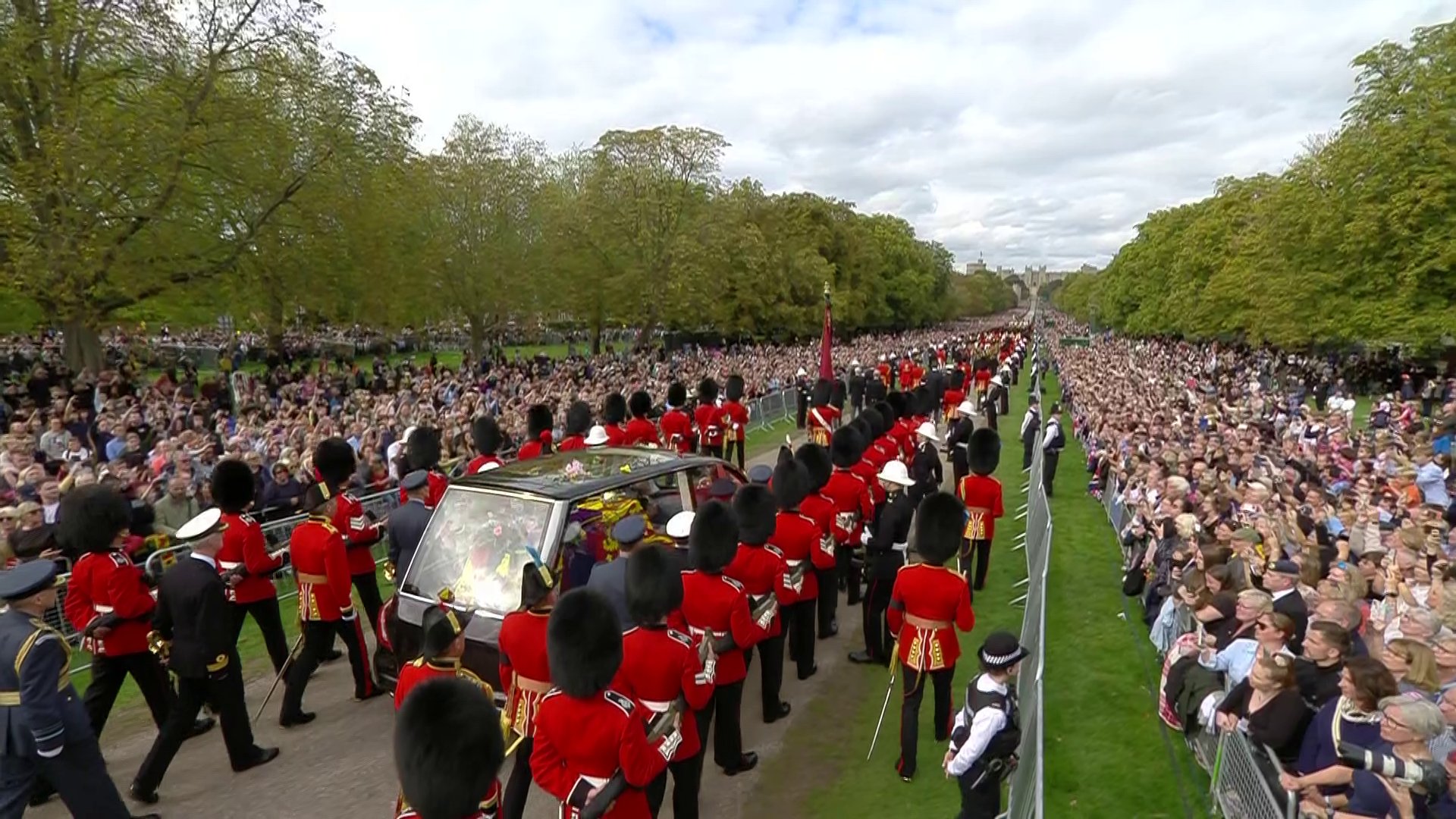 The Queen has returned home to Windsor Castle where she will be reunited with her beloved husband in the royal vault.

Her Majesty will be laid to rest next to Prince Philip after a committal service and private burial at St George’s Chapel, where she poignantly sat alone for his funeral during the pandemic.

Silence fell among the packed crowds of mourners as the state hearse turned into the Long Walk for the final stretch of the journey.

Children were scrambled on to shoulders and camera phones lifted in the air as people struggled to get a glimpse of the historic scene.

Thousands lined the route to the castle from central London, while millions around the globe watched her spectacular state funeral at Westminster Abbey.

Charles was moved to tears as the congregation sang ‘God Save the King’ in the 750-year-old church, where his mother was crowned in 1953.

Prince George was also comforted by his mother, the Princess of Wales, during the service.

In a personal touch, the wreath adorning the coffin had a handwritten note, penned by the King.

It read: ‘In loving and devoted memory. Charles R.’

The new monarch later walked behind the casket in a solemn procession down The Mall to Wellington Arch, before his mother was transferred to the state hearse for the journey to Windsor.

UK trade deals: All 36 of the UK’s trade deals with non-EU countries listed IN FULL