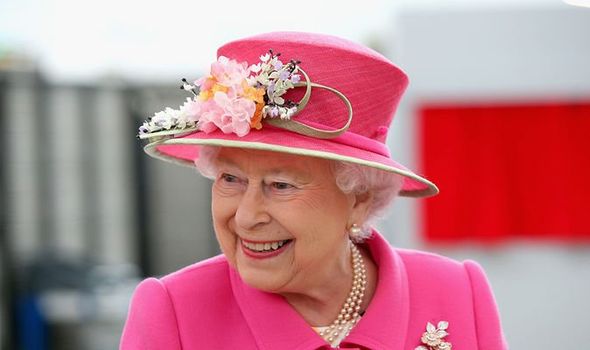 Buckingham Palace would not say whether the 95-year-old monarch would need follow-up treatment after confirming she spent the night at King Edward VII’s Hospital where she had tests or “preliminary investigations”.

The Queen’s attendance at the COP26 UN climate conference later this month is in doubt, say reports.

But Her Majesty is said to be determined to meet world leaders at the crunch global warming summit.

And she is keeping her medical concerns to herself.

The details are so secret that the Queen has not even shared them with advisers who had authorised palace officials to say she was at Windsor on Wednesday afternoon when she was actually having the tests.

Her Majesty, who appeared healthy and on good form earlier this week, was back in Windsor by Thursday lunchtime, following her overnight stay.

Palace officials had hoped to keep it secret but were forced to confirm her visit to see specialists after details were leaked.

Sources close to the Royal Family said Her Majesty had stayed for practical reasons but were unsure what they were.

It was possible she might have had to stay because of side effects from the tests she had.

Insiders, who had initially been happy for the public to believe the Queen had simply overdone it with a busy schedule, were equally unclear why doctors had advised her to rest and cancel a two-day trip to Northern Ireland marking its centenary earlier this week.

In an official statement, the palace said the Queen remained “in good spirits” – a phrase we read every time a Royal is ill. Aides said she was going through state papers in her red boxes yesterday but taking it easy.

Doctors have ordered her to rest for a few more days but her diary for next week has not been cleared. She has audiences and other meetings lined up and is yet to decide whether she will undertake them.

Prime Minister Boris Johnson, who missed his weekly telephone audience with the Queen on Wednesday evening while she was in hospital, was heartened to hear that she was back at her desk.

During a visit to a vaccine centre in west London yesterday he said: “Everybody sends Her Majesty our very, very best wishes.

“I’m given to understand that Her Majesty is characteristically back at her desk atWindsor.”

Palace officials, who have grown more reticent about revealing details of the Queen’s health as she has grown older, said they had been trying to maintain a degree of medical privacy. They took a similar view at the end of last year when ministers started lobbying for the monarch and other senior members of the Royal Family to boost the Covid vaccination programme by revealing when they had a jab.

Initially, aides said the Queen would not be making her shot public but eventually she relented.

He said: “This is a tricky one because the Queen does have a right to a certain degree of privacy.

“But she’s head of state – so does that entitle us to know exactly what ailments she may or may not have? It’s a very difficult one to get the balance right for the satisfaction of everybody.”

Royal author Penny Junor believes the decision not to announce the hospital visit stopped unfounded rumours. She said: “I’m not surprised they did that. People would be putting her in her grave long before she’s ready for it.”

It was the Queen’s first hospital stay since a night at the same clinic in 2013 for gastroenteritis.