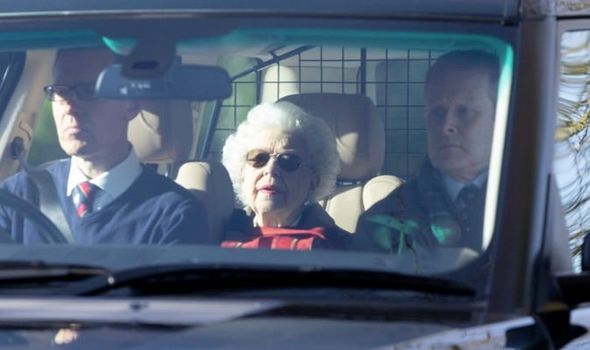 Buckingham Palace has confirmed that the Queen, 95, has returned to her Berkshire resident Windsor Castle following a short stay at Sandringham. The monarch had travelled to her Norfolk estate in late January and marked her accession day there over the weekend.

The Queen acceded to the throne on February 6 1952, following the untimely death of her father King George VI.

The King died in his sleep at Sandringham, which is why the Queen normally spends the anniversary of her accession privately at her residence there.

Upon her return to Windsor Castle, the palace has confirmed that the sovereign will return to “limited” duties, but not to the same extent as her previous workload.

She is expected to undertake audiences, credentials and privy council meetings, both in-person and virtually, in addition to a small number of external engagements, in the near future.

In addition, Her Majesty hopes to attend three key events next month, including one that honours her “strength and stay” Prince Philip.

She hopes to attend the delayed Diplomatic Reception at Windsor Castle on March 2.

The sovereign also hopes to be present at the Commonwealth Service at Westminster Abbey on March 14.

Her Majesty is the Head of the Commonwealth, a position she took on upon her accession in 1952.

Later in the month, on March 29, she hopes to attend the service of Thanksgiving for the life of her husband, the Duke of Edinburgh, at Westminster Abbey.