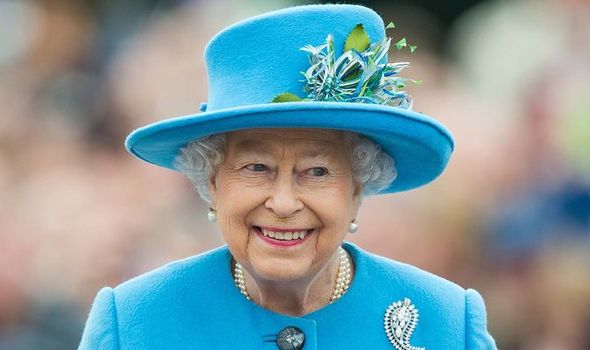 Her message was delivered to the Church of England’s General Synod by Prince Edward after she withdrew from the event. The key passage said: “None of us can slow the passage of time.”

It came two weeks after she cancelled plans to address world leaders at the COP26 conference in Glasgow, where her video message said: “We none of us will live forever”.

The monarch, 95, who has always disliked any suggestion that age might be catching up with her, turned down the Oldie of the Year Award this year, authorising an aide to tell the judges: “You are as old as you feel”.

In her speech yesterday she referred to the Duke of Edinburgh, who died in April, and described the pandemic misery in an address to the Church of England’s national assembly by her youngest son, Edward, 57, the Earl of Wessex.

The Queen has an unexplained medical condition that has led to doctors ordering her to rest for almost a month now. She then sprained her back at the end of last week. She hopes to resume light duties later this week. Before delivering her speech to bishops and clergy at Church House, the Westminster HQ of the Church of England, Edward said the Queen sent her “sincere and deep apologies that she cannot be here today”.

In the message read on his mother’s behalf, he said: “It is hard to believe it is over 50 years since Prince Philip and I attended the very first meeting of the General Synod.

“None of us can slow the passage of time and while we often focus on all that has changed in the intervening years, much remains unchanged, including the Gospel of Christ and his teachings.”

The speech added: “Of course, in our richly diverse modern society, the well-being of the nation depends on the contribution of people of all faiths, and of none.

“But for people of faith, the last few years have been particularly hard, with unprecedented restrictions in accessing the comfort and reassurance of public worship.

“For many, it has been a time of anxiety, of grief, and of weariness. Yet the Gospel has brought hope, as it has done throughout the ages and the Church has adapted often in new ways, such as digital forms of worship.”

The speech was made after Edward attended an opening service at nearby Westminster Abbey, where the Archbishop of Canterbury led prayers.