She congratulated the world champion for winning the Turkish Grand Prix on Sunday in a tweet shared to the Royal Family’s Twitter account. The Monarch wrote: “Congratulations to record-equalling seven-time F1 World Championship title winner @LewisHamilton – along with a record number of race wins, what an incredible achievement!”

Mr Hamilton responded to the message saying “What an incredible honour. Thank you so much.”

The well-wishes were met with some criticism from Twitter users who claimed the Formula One driver should “never be knighted” and that he “fled” to Monaco “because of UK tax laws”.
However, these claims have not been proven.

Others debunked rumours that he was trying to avoid paying tax in the UK and thanked the Queen for acknowledging the driver’s achievements.

Some fans even called on the Monarch to offer Mr Hamilton a knighthood for representing the nation in sports. 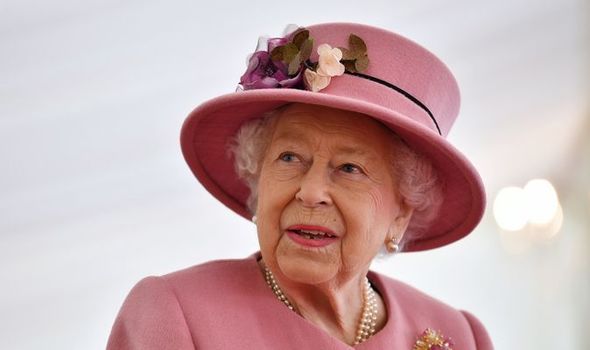 Motorsport UK chairman David Richards and the All Party Parliamentary Group for Formula One even wrote a letter to Boris Johnson campaigning for Hamilton to be knighted in the New Year Honours.

The letter said: “It would be totally wrong for the UK to deny Lewis an award befitting his historic achievements because of where he chooses to live or work or because his tax status has been misunderstood.

“Even though Lewis is resident in Monaco (Sir Jackie Stewart was based in Switzerland for many years whilst racing along with nearly every F1 driver).”

One Twitter user said: “He lives abroad, why should he pay UK tax? Jackie Stewart, Mansell, Button all for the same.

“Why do we feel because he was born here but lives abroad he shouldn’t receive praise because he doesn’t move back and pay over half his wage in tax?”

Another person added: “Thank you Ma’am You have risen 1000 times in my estimation for acknowledging this great athlete & asset to Britain.

“Please do not forget him in your New Year or Birthday Honours list. Thank you from one of your citizens.”

A third person wrote: “An amazing ambassador and legend in his sport. He flies the flag for us all around the world. It’s our national anthem played every time. 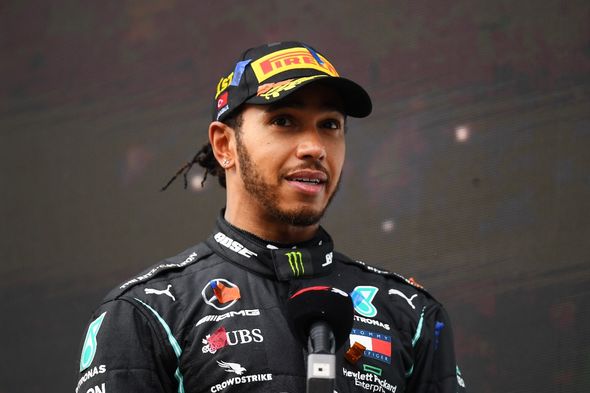 “Acknowledge his achievements he deserves a knighthood! Well done Lewis so proud of you.”

Another user added: “Thank you for recognising him. All of England should be applauding this man! He’s the greatest sportsman the country has ever had, hands down.

“He is the one that has made Sundays synonymous with the British anthem and we’re not going to see this again, at least not at this level.”

Mr Hamilton was previously invited to a private lunch with the Queen and was awarded an MBE in 2009. 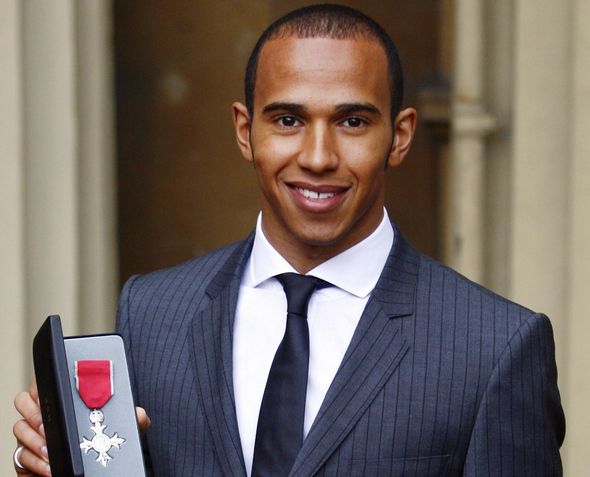 He recalled his conversation about etiquette with the Monarch during an interview with Graham Norton in 2015.

He said: “I got invited to a lunch and was sitting next to the Queen.

“I was excited and started to talk to her, but she said – pointing to my left – ‘No you speak that way first, and I’ll speak this way and then I’ll come back to you.'”

He also praised the Monarch, adding that “she is a sweet woman, and we talked about how she spends her weekends, houses and music. She is really cool.”

Hospitals have 13k FEWER patients taking up beds – so why are millions more in Tier 4?