Queen to travel back from Balmoral to meet new Prime Minister

The Duke, 37, and Duchess, 41, announced on Monday they would make the trip back across the pond for the second time this year. They will visit the UK and Germany to support “several charities close to their hearts”, the couple’s spokesperson said. 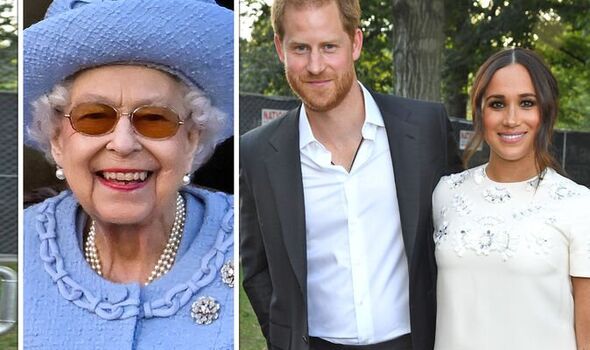 The couple will attend the One Young World Summit in Manchester on September 5, for which Prince Harry is a counsellor.

The event celebrates youth leadership, with young ambassadors travelling into the city from all over the world.

They will make a stop off in Dusseldorf to mark one year until the next Invictus Games event, before returning back again to UK soil.

The Duke and Duchess will then make an appearance at the WellChild Awards on September 8.

A spokesperson said: “Prince Harry and Meghan, The Duke and Duchess of Sussex are delighted to visit with several charities close to their hearts in early September.”

This visit is likely to overlap with the Queen’s trip down to the capital to swear in the new Prime Minister.

The Queen, who is reportedly cutting short her Balmoral summer break, will then return to swear in the winner of the Conservative leadership race.

Rishi Sunak or Liz Truss will be announced as the winner following a vote by Conservative members that closes on September 2.

A source told the Daily Mail: “Her Majesty does not expect the new prime minister to travel to Scotland, so the plan is that the Queen will travel down to see them.”