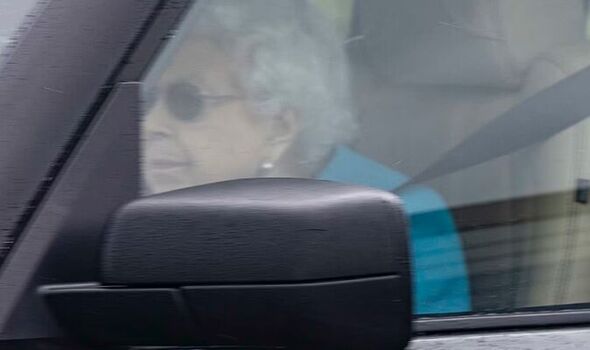 Her Majesty was pictured arriving at Aberdeen Airport this afternoon. The 96-year-old monarch was making her way back to London ahead of the four-day celebration to mark her 70th year on the throne.

This is believed the be among her favourite places.

The visit was a private one, understood to be typical for this time of year.

Celebrations for the Jubilee will start on Thursday with a Trooping of the Colour.

The Palace last month announced that only working royals would join the monarch through this part of the event.

It said in a statement: “After careful consideration, The Queen has decided this year’s traditional Trooping the Colour balcony appearance on Thursday, June 2 will be limited to Her Majesty and those Members of the Royal Family who are currently undertaking official public duties on behalf of The Queen.”

On Friday evening, members of the Firm will attend the lighting of the principal beacon at the palace, an almost 70 foot sculpture titled the Tree of Trees.

Then on Friday, the family will take part in a service of thanksgiving for The Queen at St Paul’s Cathedral.

The Epsom Derby race will be held on Saturday, which Her Majesty and her family are expected to attend.

The monarch is scheduled to be greeted with a guard of honour made up of 40 of her past and present jockeys in a tip to her love of the sport.

Later that day, a Platinum Party at the Palace concert will be hosted by the BBC.