Royal biographer Andrew Morton told The Mirror’s royal podcast, Pod Save The Queen, that the monarch is keen to keep Andrew, 61, around because he is “intensely loyal”. The writer, who penned Diana: Her True Story in 1992, said The Queen deeply “appreciates” Andrew’s loyalty to his mother, as well as his actions during the Falklands War and the 1992 Fire at Windsor Castle.

He also said that Andrew’s military action impressed the Queen.

Morton said: “She has admired the fact that during the Falklands War in 1982, he was an Exocet decoy which means his job was to protect HMS Invincible (the aircraft carrier) as the Argentines wanted to sink that.”

Andrew also said Prince Andrew was key in making sure the enemy were not hitting targets.

He added Andrew, who was a prime target for the Argentines during the conflict, showed a lot of bravery. 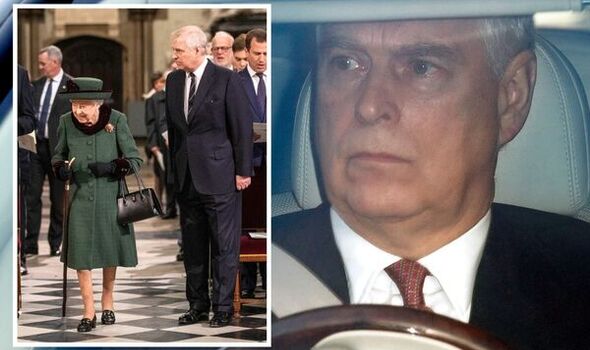 Last week, it was reported that Prince Charles and Prince William came together to put a halt to the Duke’s plans to return to public duties, according to royal expert Katie Nicholl.

The disgraced Prince was set to make an appearance at the Royal Ascot on Saturday, but failed to show up at the last minute.

Prince William, 39, told the Queen and Prince of Wales that he would pull out of the Order of the Garter ceremony if his uncle, Prince Andrew, was given a public role.

And Ms Nicholl revealed how Prince Charles was also “particularly resistant” to his brother attending the event in case he “upstaged Camilla’s big moment” which she was “thrilled to receive.” 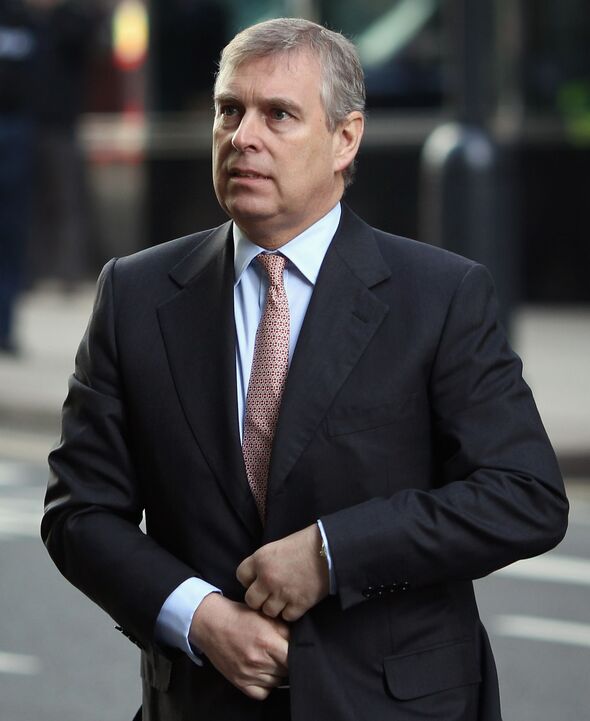 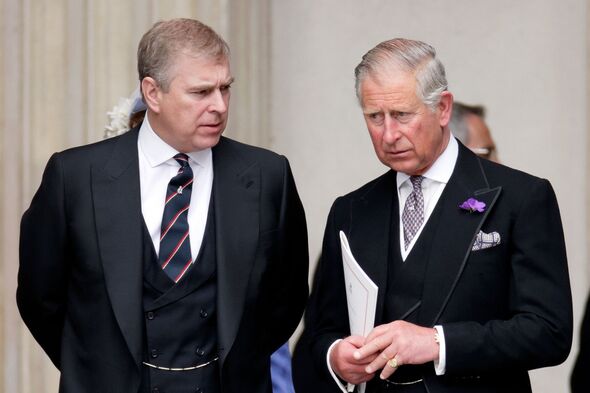 Writing in Vanity Fair, she explained how both Prince William and Prince Charles are “adamant” Andrew does not return to public life and want to “ride the wave of goodwill” created by the “success of the Jubilee” without the Duke.

Royal expert Richard Fitzwilliams told Express.co.uk that the Duke of York doesn’t realise he is an “embarrassment” to the Firm.

He said: “The Queen has given him support as a loving mother, but he is an embarrassment to the monarchy. Yet, bizarrely, he does not seem to realise this.”

Earlier this year, the prince settled the case brought against him by Jeffrey Epstein accuser, Virginia Guiffre, with an out-of-court payment of an estimated £12million. He denied all claims. 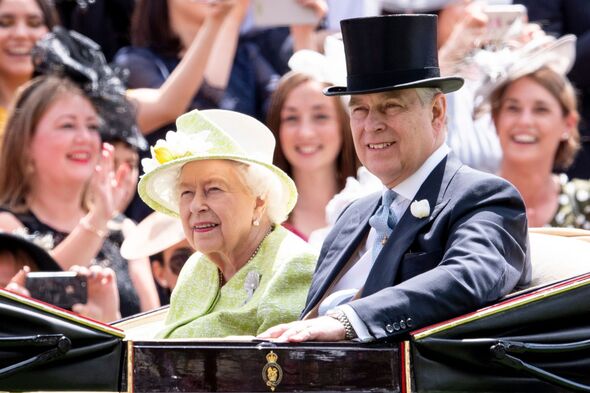 Andrew Morton also said the Queen was impressed when Prince Andrew “organised the retrieval of works of art during the famous fire at Windsor Castle in 1992.”

The writer said he had demonstrated an enormous amount of loyalty to Her Majesty which would be difficult to forget.

The UK looked as the Duke of York was tasked with walking his mother to her seat during the emotional memorial service for the Duke of Edinburgh at Westminster Abbey in March.

At that point in time, it had not been two months since Andrew and his accuser Virginia Giuffre had reached an out-of-court settlement in their civil sex claim filed in New York.

Reflecting on the memorial service, Morton said the Queen had used this family occasion, which was not an official state engagement, to show her support for her son.