The letter will be auctioned off on Friday, October 7, by Hansons Auctioneers in Etwall, Derby. It was written by Queen Victoria to a friend, in which the historic monarch seems to use an early form of textspeak and demands to know the “height of a donkey”.

The letter was recently been discovered in the home of a retired antique dealer on the Isle of Wight.

Marilyn Rose, 90, opened up her first antique shop in the 1970s and many other fascinating objects have been found in her home relating to Queen Victoria.

Queen Victoria’s holiday home, Osborne House, is on the island and was beloved by the monarch, who visited the Isle of Wright often with her family.

The antique dealer’s son, Tom Rose, 64, said: “My mother is moving and we have been clearing the period property. The royal correspondence, bloomers and nightie were among several fascinating finds, some of which are new to us.

“There is another royal connection as the house dates back to the 1700s and was once home to Sir William Carter Hoffmeister, Queen Victoria’s personal physician on the Isle of Wight.” 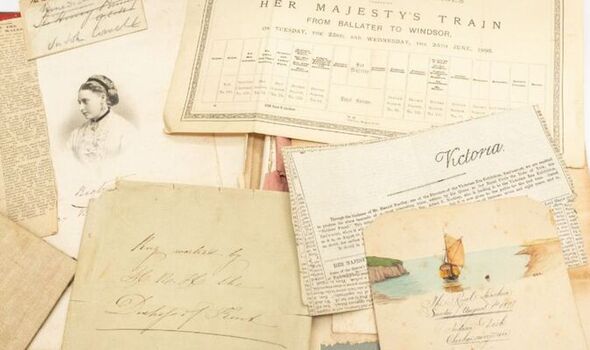 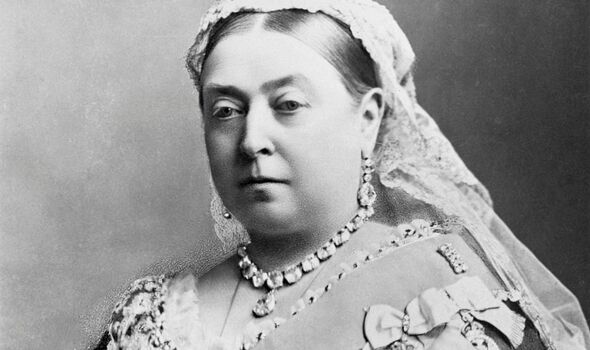 Experts that have studied the letter have suggested Queen Victoria may have been “tipsy” while writing it, according to the Hanson Auctioneer website.

They also claim that she shortened words, similar to modern-day textspeak.

Charles Handon, the owner of Hanson Auctioneers, said: “It’s well known that Queen Victoria enjoyed a drink, particularly beer. However, her absolute favourite tipple was said to be Scotch whisky mixed with Claret.”

In the letter, she shortens the word ‘which’ to “wh” and also referred to herself as “q”, which stands for Queen.

One sentence from the letter reads: “The q. wishes to know the height of the gypsies [?] male donkey.” 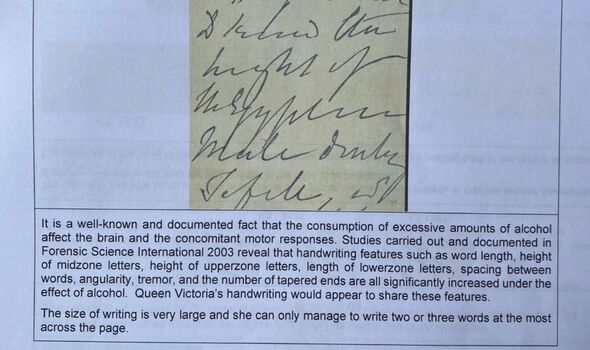 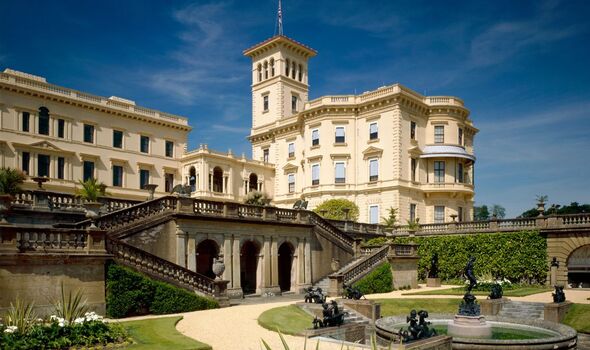 Jim Spencer, a paper specialist at Hansons Auctioneers, said that a forensic graphologist helped him read the letter as it was “near impossible” to decipher.

He said: “Letters written in her final years are notoriously challenging to read.

“The graphologist confirmed it is by Queen Victoria, and managed to transcribe most of it.

“They suggested she may have been a little drunk when she penned it due to the way the words drift off and the fact that they were so large – about three words to a line.” 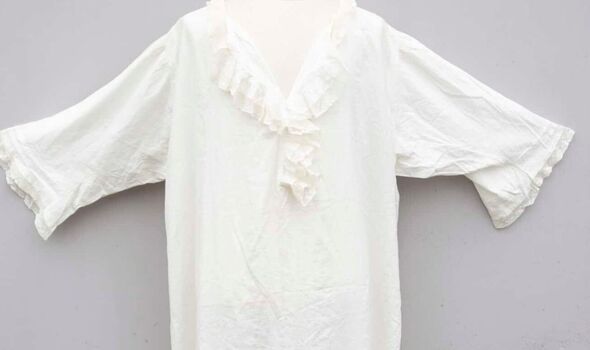 Other historic objects that were discovered at the antique dealer’s home include Queen Victoria’s nightdress, her daughter Princess Beatrice’s bloomers, a toy box, a 1632 bible as well as a royal menu, which features chicken curry as a main course.

All the items found will be going up for auction have been valued between £1,000 and £1,500 by Hansons Auctioneers. The nightdress is a pale cream colour, cotton and measures 51 inches across the girth.

The toy box which was discovered belonged to Princess Beatrice, Queen Victoria’s youngest child, as the stained pine chest has been painted with a black inscription stating “Princess Beatrice Toy Music.”

Another item belonging to the Princess was a pair of bloomers, which were found to bear a crown and the initials BB, which stands for Beatrice of Battenburg as the Princess’s husband was Henry of Battenburg.

The auction sale will also include a piece of lace which has a note written on it that says: “Portion of the Pall that covered Queen Victoria’s coffin on her last journey from Osborne. Isle of Wight. Feb 1st 1901”

Queen Victoria died at Osborne House on the Isle of Wright at age 81, and the lace was discovered in Somerset.