Meghan Markle and Harry: Queen told to 'step up' by commentator

It added: “Harry, Meghan and Archie will always be much loved family members.” The hotly anticipated response to the Duke and Duchess of Sussex’s interview by US chat show queen Oprah Winfrey came as sources said that the Prince of Wales was “deeply concerned” over racism claims. Charles – who declined to discuss the crisis at an engagement yesterday – insisted they went against everything he stood for, and felt let down by Harry’s claim that he cut him off. One source said: “The Prince of Wales went out of his way to make sure his son and daughter in law were financially supported.” Charles gave them funds from his investment portfolio after they quit royal duties and moved to the US.

On the racism claims, a source said: “It goes against everything the Prince of Wales believes in. He believes diversity is the strength of our society.”

Palace aides issued the statement after two days of crisis talks over the fallout from Sunday’s show, which included Meghan’s claim that she had had suicidal thoughts and struggled to find help.

She also said one of the Royal Household upset her and Harry by expressing fears over the colour of their first child, Archie. The Duchess implied he was denied the title of prince as he had brown skin.

The Queen’s reaction last night was the latest attempt to pacify the couple after recent public bust-ups.

Royal insiders admitted it was designed to take pressure off the institution of the monarchy and to emphasise this was a family matter. 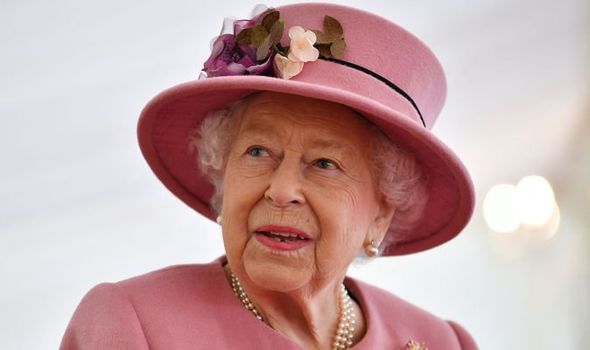 The Queen had wielded the axe as chief executive of The Firm to tell the Sussexes they could not be part-time working royals while making money in California. But as Windsor matriach she stayed in close touch, trying to keep them in the fold despite rifts with the Duke and Duchess of Cambridge and with Prince Charles.

Aides said the family should be given the opportunity to discuss the issues among themselves.

They insisted they had wanted to consider a response carefully and said two days of crisis meetings, said to have included the Queen, Charles, and Prince William, had let the public see the programme before the statement was issued.

Some of the Royal Household were fuming privately that the Sussexes had accused the family of racism and pointed to many inconsistencies in the couple’s account.

They stressed the work that all the family had done to fight racism and to promote the multicultural Commonwealth. They also argued that in their work and privately the family showed their belief in being open about mental health. 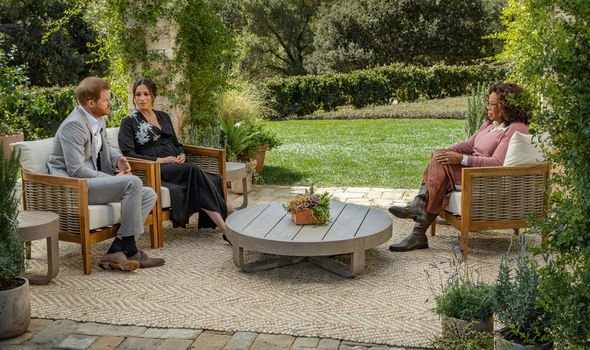 They were supported by former aides who told the Daily Express they had never seen any racism in the Royal Family. “For Meghan to have played the race card is just despicable,” one said.

Former staff dismissed Meghan’s implication about Archie, saying whether he would become a prince was governed by rules set out in 1917 by George V and was nothing to do with his skin colour.

Senior advisers said it was risky to try to refute every allegation and it was better to stick to a general statement emphasisng that the Queen felt it was a family matter.

“The best thing is keep on the moral high ground and avoid engaging in a tit-for-tat war of words,” said one source.

Oprah was stunned as Meghan – the first mixed-race person to marry into the modern monarchy – said a fellow royal was worried about how dark Archie’s skin tone might be, before he was born. She also said she told Harry she did not “want to be alive any more” when she was five months pregnant.

Meanwhile Harry claimed that he was estranged from his father, Prince Charles, saying “I feel really let down”. He said it was a priority “to try and heal that relationship”. 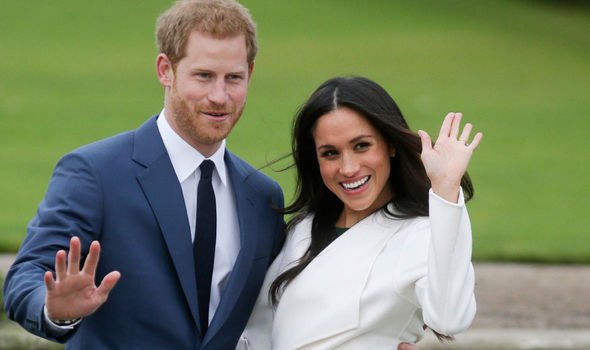 Charles tried to laugh off a question over the Sussexes on a visit to a church yesterday, chuckling nervously and walking on.

Aides had tried to stop journalists from asking about the furore but the Prince was still questioned as he left Jesus House church in Brent Cross, north-west London, as part of efforts to encourage more people from ethnic minorities to have Covid jabs.

“Sir, what do you think of the interview?” a reporter asked. Clearly taken aback, Charles’s only response was: “Oh.”

The tell-all interview with Oprah was the most-watched UK programme of 2021. More than 12million tuned in to ITV1 on Monday.

Viewers peaked at 12.4million while the two-hour interview attracted an average audience of 11.1 million. 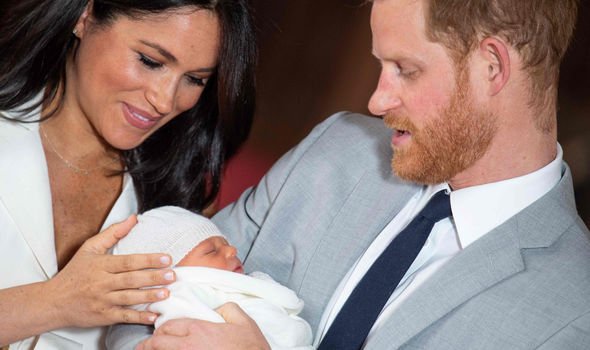 That was higher than the final of the ITV reality contest The Masked Singer last month, which drew an average of 8.6 million viewers with a peak of 10.6 million. It was the most-popular show since last year’s final of Strictly Come Dancing final which attracted 13.2 million.

The ratings success comes as the UK remains split on whether Harry and Meghan were treated fairly or not by the Royal Family, each verdict scoring at 32 percent in a poll.

Half of over-65s said the couple were treated fairly, compared with 61 percent of 18 to 24-year-olds thinking they were treated unfairly.

The snap YouGov poll also found one third of Britons had “no sympathy” for Harry and Meghan.

Does no deal Brexit mean violence in Northern Ireland? Boris given shocking warning