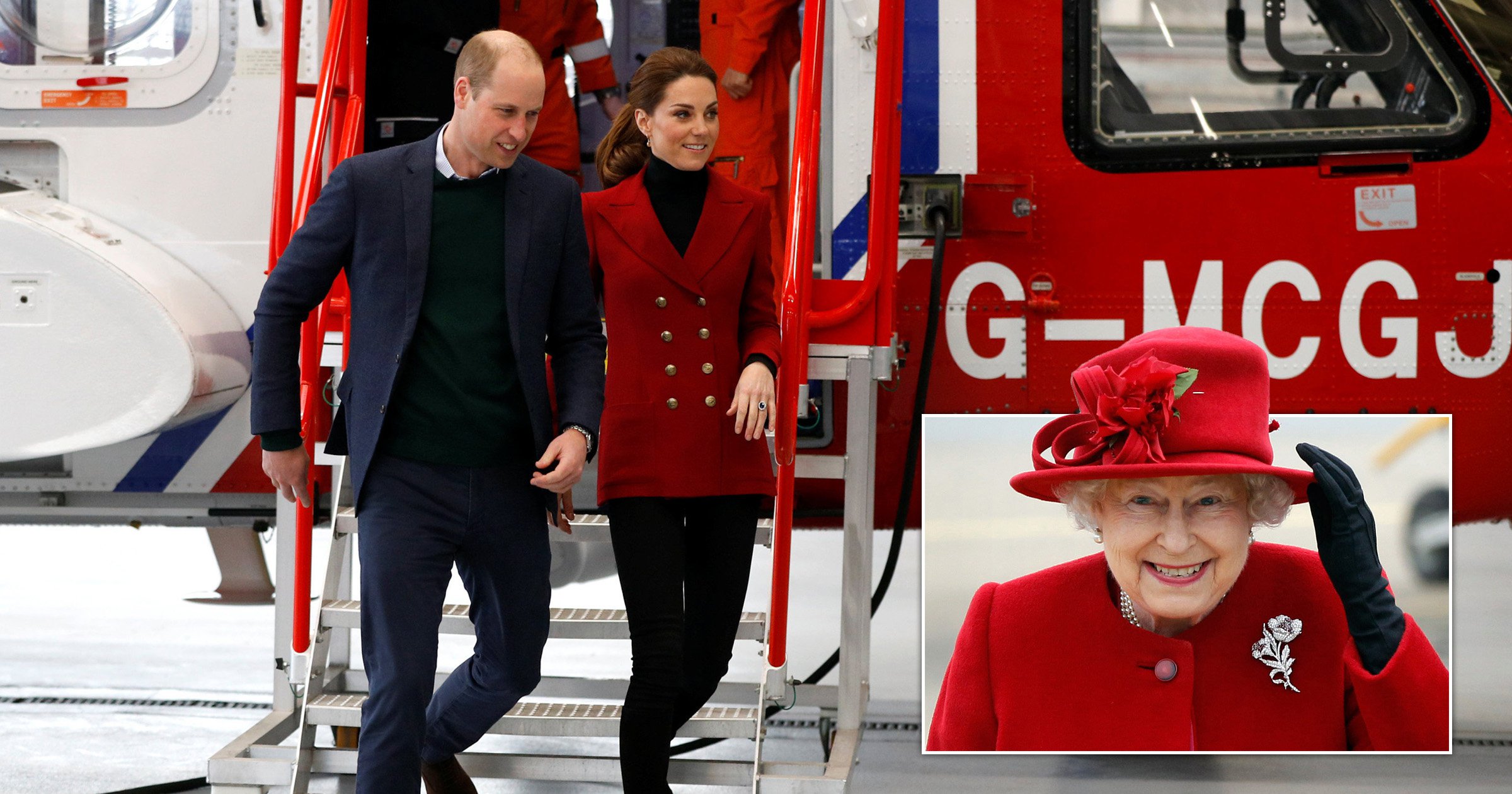 The Queen is said to be keen for Prince William to avoid taking helicopter trips alongside his family.

William, who is himself a pilot and worked for East Anglian Air Ambulances for over two years having trained with the RAF, sometimes uses the vehicles to fly between London and Norfolk.

He, Kate and their children have homes in Kensington Palace in London and Anmer Hall in Norfolk.

But the monarch is said to be concerned about safety when it comes to all of them travelling together.

An unwritten rule of the royal family is that senior members should avoid taking helicopter trips at the same time, in case of an accident.

In recent years, this has become more relaxed, it was reported, after William and his family were given the green light to fly together on a trip to Australia in 2014.

A source said to be close to the Queen told The Sun: ‘Her Majesty has told close friends and courtiers that she would like William to stop flying himself, particularly in bad weather, as helicopters are not the safest form of transport.

‘It keeps the Queen awake at night and she is understandably very worried.

“She knows William is a capable pilot but does not think it is worth the risk for all five of them to carry on flying together and can’t imagine what would happen. It would spark a constitutional crisis.’

The paper reported that William and his family are often flown by another pilot – but that the Duke of Cambridge sometimes takes the controls himself.

William, 39, is the second in line to the throne following his father Prince Charles, 73. His son George, eight, is next in the line of succession.

A spokesperson for the royals said they ‘do not comment on private conversations’.