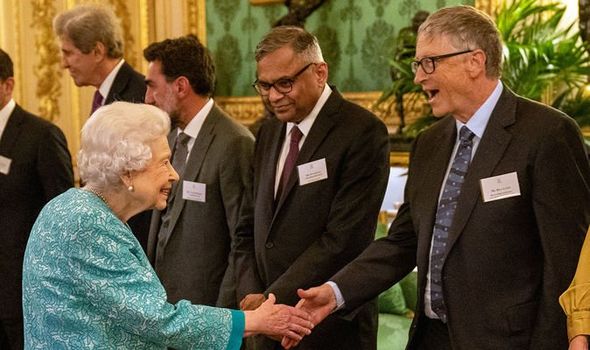 Ahead of the summit, Prime Minister Boris Johnson hosted a dinner party for 20 of the world’s most influential business figures to promote global Britain on Monday. Among the guests was Bill Gates, which prompted furious anti-vaxxers to make their way to Downing Street and chant “arrest Bill Gates”, with some holding up anti-vax signs attacking the Microsoft founder. Despite the demonstration, Bill Gates and some of his counterparts have been received by the Monarch at Windsor castle tonight, where they are getting the chance to see “the best of British innovation”.

‘Holy s**t!’ Trump attack is ‘PM’s nightmare’ as Peston says ‘Putin will be enjoying this’