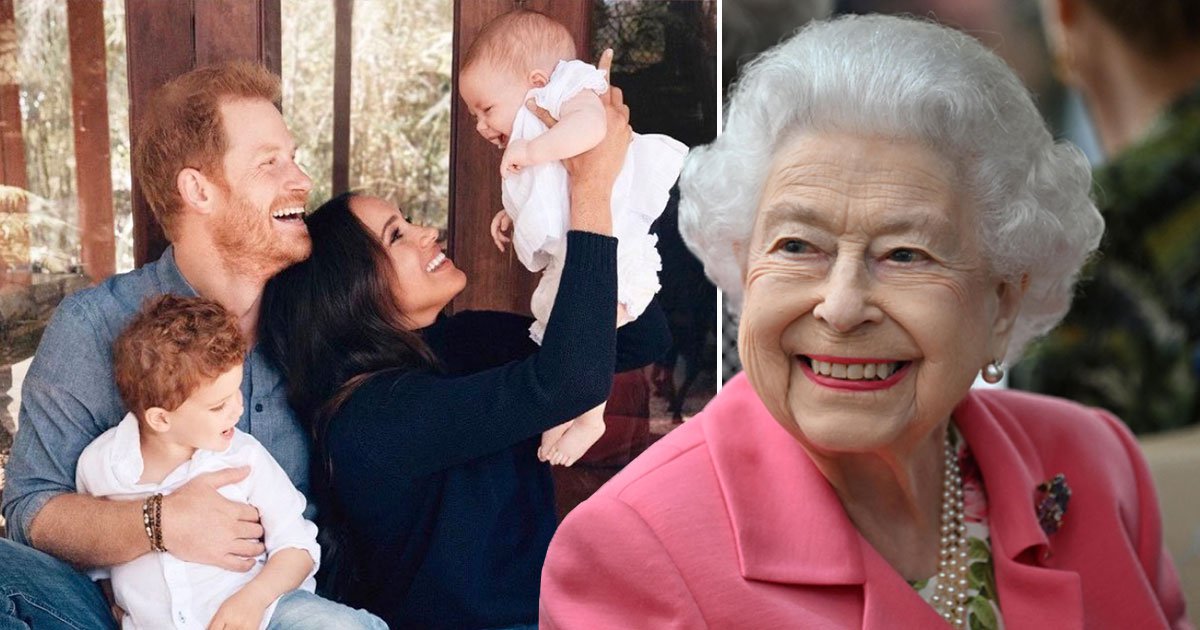 The Queen will reportedly attend her great-granddaughter Lilibet’s first birthday after she cancelled plans to go to the Derby.

Her Majesty has never met Prince Harry and Meghan Markle’s daughter, who is named in her honour.

But this will change when the couple bring her and her brother Archie, 3, to England for the Platinum Jubilee Celebrations.

The monarch is likely to miss her favourite sporting event to go to the gathering on Saturday, The Sun reports.

She was planning to travel to Epsom but the trip is ‘becoming increasingly unlikely’ after all three of her horses pulled out of the race, a royal source said.

The Head of State has also been suffering from ‘episodic mobility problems’ for the last six months and was seen using a buggy at the Chelsea Flower show last week.

The Duke and Duchess of Sussex’s family will be staying a ten-minute walk away from Windsor Castle at Frogmore Cottage.

It comes after they unexpectedly renewed the lease at the property where they spent an unhappy six months before stepping down as senior royals.

It will be Meghan’s first time back in the UK after explosive allegations were made in the couple’s interview with Oprah Winfrey.

It remains unclear which events the Queen will appear at to mark her 70 years on the throne, with Buckingham Palace set to confirm on the day.

But it is predicted she will been seen on the Buckingham Palace balcony for her annual birthday parade, Trooping the Colour.

She also hopes to attend Friday’s Thanksgiving Service at St Paul’s Cathedral alongside her family – including disgraced son Prince Andrew.

Buckingham Palace has refused to comment on the Queen’s diary.