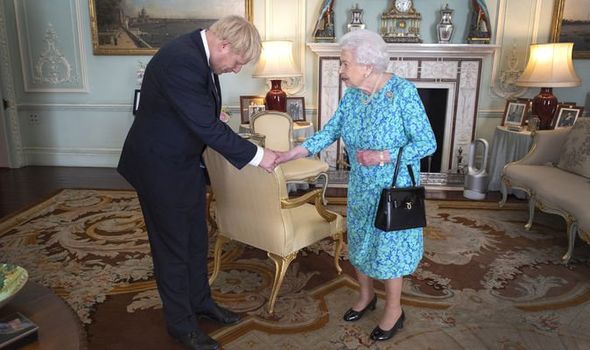 Senior academics said the ruling may affect the Monarch’s trust in the Prime Minister. But they insisted the Queen herself cannot be criticised following the court’s decision that the prorogation of Parliament was unlawful. The Tory leader’s future briefings with Her Majesty could be awkward, with his advice treated with caution, it was said.

Philippe Sands, professor of law at University College London, claimed the ruling is another threat to Mr Johnson’s premiership.

He said: “Her Majesty is entirely protected and untouched in any negative sense.

“The real issue is, next time she sits down with the PM, why would she believe a word he says? “His position, in that sense, is untenable. For him to continue risks damaging Her Majesty and the office she holds.”

Dr Bob Morris, senior research associate at University College London, added: “The Prime Minister might expect a pretty frosty reception at his next audience with the Queen.”

Mike Gordon, professor of constitutional law at the University of Liverpool, said the Queen had been placed in a “no-win” situation when asked to act on Mr Johnson’s advice.

He said: “She’s in a no-win position here because of the nature of our constitutional monarchy. 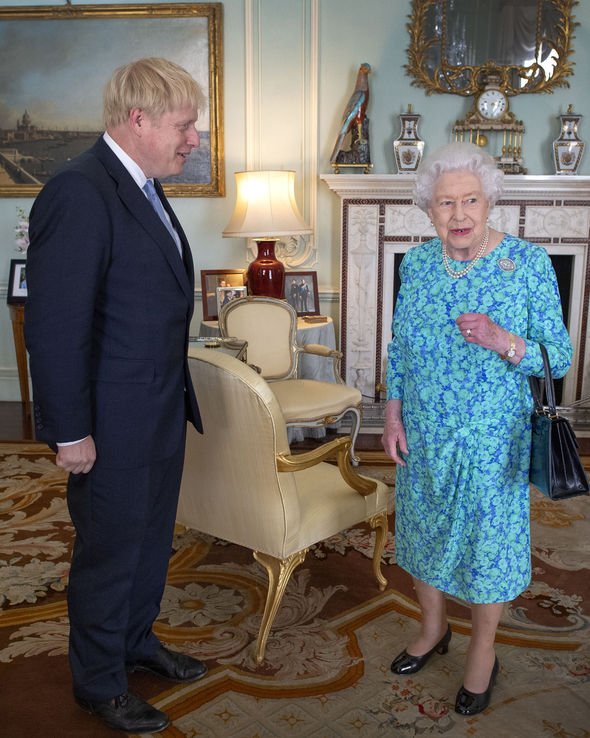 “Convention says she has to comply with what the Government requires of her, but now she’s been told by the Supreme Court, ‘What they told you to do was unlawful’.

“If we want to maintain the image of a monarch who is impartial and above politics, then this is probably not a power that such a figure can possess.”

Prof Gordon said the episode raised the issue of what powers the monarch should hold and the need for the introduction of a law on prorogation.

The ruling said it was “not suggested in these appeals that Her Majesty was other than obliged by constitutional convention to accept that advice”. It added: “In the circumstances, we express no view on that matter.”

The judges admitted it is not known what discussions went on between Mr Johnson and the Queen when the PM telephoned her at Balmoral on August 27 to formally advise prorogation.

The ruling said: “We know that in approving the prorogation, Her Majesty was acting on the advice of the Prime Minister.

“We do not know what the Queen was told and cannot draw any conclusions about it.”

Prof Gordon argued that the Supreme Court made clear the wrongdoing was with Mr Johnson rather than the Monarch.

He said: “The position of the Queen, when we’re actually discussing her role in the constitution, always raises questions about her political neutrality and whether she’s done the right thing.

“But the Supreme Court are clearly saying here, she acted as she was required to act in accordance to constitutional convention.

“The wrongdoing here and the illegality was on the part of the Prime Minister in the advice that he offered to her.”

Graham Smith, spokesman for anti-Monarchy group Republic, said: “The Queen was given an instruction to do an unlawful thing, and she did it.

“We’re always told she has the benefit of decades of experience and yet she couldn’t see what was obvious to everyone else, that the PM’s motives were not honest.

“It cannot be the case that a head of state is constitutionally bound to do an unconstitutional thing. And ‘I was doing what I was told’ is no defence.”

Where does this leave the Queen? Analysis by Bob Morris, Senior honorary research associate at University College, London

SO where does this leave the Queen? Should she have stopped the prorogation in its tracks and, if so, is the monarchy’s position tarnished somehow as a result? Worse, can the Queen be thought to be complicit in the manoeuvre in some way? The answer is emphatically no.

To claim otherwise is to misunderstand or misrepresent the Queen’s constitutional position.

The monarch’s role is not to pick and choose between advisers, still less to indulge in personal political policies. Rather, the function is to accept the advice of the duly constituted Government, itself answerable for its actions to Parliament and, as the judgment reminds us, also to the courts.

For the full court of 11 justices, the crucial question was whether the Prime Minister’s action had the effect of frustrating or preventing the constitutional role of Parliament in holding the Government to account. The answer is that it did.

Their unanimous decision was: “It is impossible for us to conclude that there was any reason to advise Her Majesty to prorogue Parliament.”

The behaviour in issue was not that of the Queen but of the Prime Minister.

Thinking further about this episode will no doubt cause Parliament to review whether this area of the law needs to be made more specific.

There may be suggestions, for example, that in future the power of prorogation should be controlled by Parliament, not the Government, as happened with the power of dissolution under the Fixed Term Parliaments Act 2011.

What no review will do, however, is make any justifiable criticism of the Queen who, as throughout her reign, has acted impeccably.

If anyone is considering their position, it will be Boris Johnson and not the Queen.