Home » Europe » Queen will not wear crown at Parliament for the first time ever, royal expert reveals

Author of ‘Queen of the World’, Robert Hardman, spoke to BBC Radio 4’s Today programme about the logistics of the Queen’s traditional parliament speech this year. In a surprise twist, the royal expert revealed that for the very first time, the Queen will not wear the crown during her speech. Mr Hardman promised that the ceremony of the show would be traditional, saying that there would certainly be “the carriages, the horses, all the traditions that we see over the years”.

He continued: “The yeoman of the guard will go on their ritual inspection of the cellars to check that no latter day Guy Fawkes has planted any gunpowder down there.

“The Vice Chamberlain, the mid-ranking whip of the government will be taken hostage at Buckingham Palace.

“All these great traditions, the crown will have it’s own carriage procession, all that will happen.”

However the royal commentator said “when it comes to the crown, the moment when the Queen emerges from the robing room, my understanding is that perhaps this time for the first time she will not have the crown on her head”. 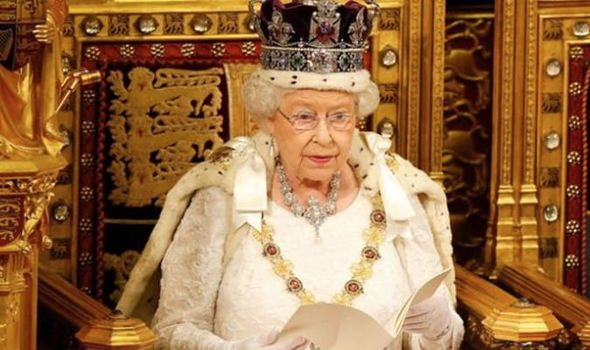 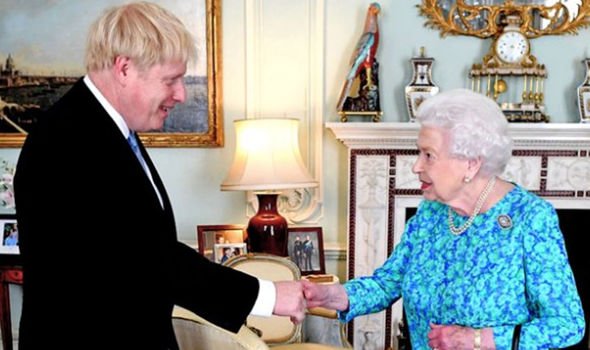 He added: “It’s a sensible concession to the passage of time. At 93 years old, having a two pound crown full of diamonds, emeralds and sapphires on your head can be quite a chore so that may be carried on a cushion and she will wear a diadem instead.

“The last time we saw all this ritual happening, Michael Gove was the Lord Chancellor who greeted at the door and David Cameron was the Prime Minister who wrote the speech so look how times have changed.”

When asked if the Queen’s speech this year would be an “unprecedented stunt”, Mr Hardman flat out denied it.

He said: “No, not at all. Back in 1994, the Queen opened Parliament twice because there were two elections in that year.” 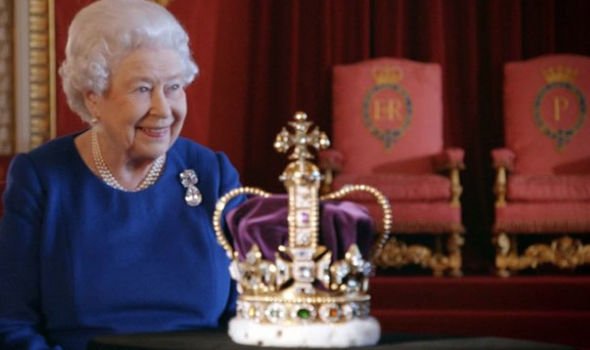 The author said: “It’s certainly the case that there’s a fairly strong degree of exasperation from the palace at the events of recent weeks.

“There’s been a lot of talk about the Queen being dragged into politics. I think she’s done rather well to stay out of it as much as possible. 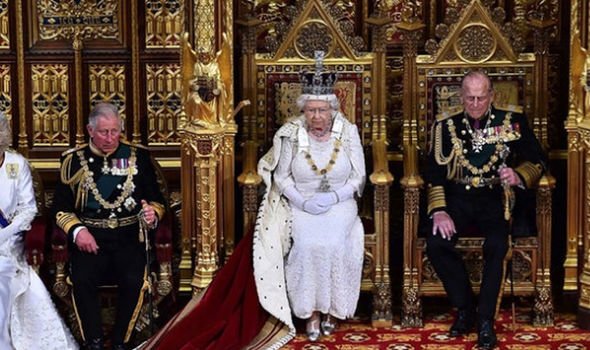 Mr Hardman said: “It very clearly asserts the natural order of things, and I think there is a hope certainly among some parliamentarians I’ve spoken to and also at the palace that having the full pageant that we haven’t seen for three years.

“We haven’t gone this long without seeing the Queen and the crown and the carriages.

“Seeing the traditional pageant, the sort of assertion of the way things work, might actually have some sort of cleansing effect. It could almost be some sort of grand constitutional reboot of the order of things.

“If you think back to those scenes just a few weeks ago at the time of prorogation that wasn’t, when we saw sort of chanting like football fans at the Commons, and people messing around with the throne and signs and placards and people taking selfies and all these things that would be totally unthinkable just a few years ago.

“I think this could have the effect of saying ‘alright, that’s enough’.”