The Queen did not become the heir apparent to the throne until she was 10, when her uncle suddenly abdicated in 1936. King Edward VIII gave up the crown so that he could marry his twice-divorced American partner, Wallis Simpson; both the Government and the Palace condemned divorce at the time, and so ordered Edward to choose between his royal destiny and his romance. When he sided with Mrs Simpson, he became an outcast to British high society and had to relocate to France, able to only use the new royal title of the Duke of Windsor. His wife was not afforded a royal title.

Effectively living in exile, he and Mrs Simpson wed while the rest of the Royal Family scrambled to install his reluctant younger brother — King George VI — as the reigning monarch instead.

George was a popular and successful sovereign throughout World War 2, but his wife — later the Queen Mother — reportedly blamed his early death on the stress of suddenly taking to the throne.

Their daughter, the current Queen, then had to deal with the deep tensions between the monarchy and her estranged uncle during the early decades of her own reign.

This relationship will be explored in Channel 5’s programme, ‘Elizabeth II & The Traitor King: A Secret Friendship’ at 9.30pm tonight.

Although the Duke of Windsor rarely ventured back to the UK to visit his royal relatives after he triggered the abdication crisis, the Queen did visit him in May 1972 during a state visit to France. 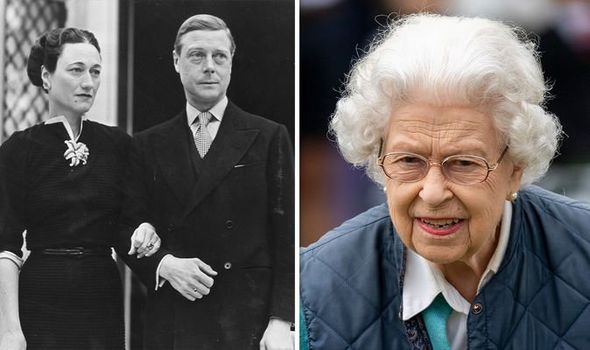 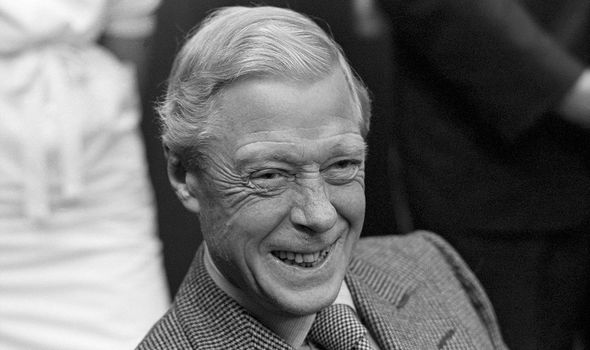 Accompanied by Prince Philip and Prince Charles, the royal trio had tea with Mrs Simpson, while her husband was advised by doctors not to leave his bed for the occasion.

The BBC also alleged that he was “dreadfully disappointed” not to be able to see all of the royals.

But, royal commentator Hugo Vickers claimed in the TV documentary ‘Elizabeth: Our Queen’, that the Queen did go for a 15-minute private chat with her uncle after tea.

He alleged: “With great difficulty [the Duke] rose from his bed to give his bow because, of course, she was his Queen now, as well as his niece, and it meant a great deal to him that she paid him this final courtesy.”

But Mrs Simpson’s friend, the Countess of Romanones, claimed in an interview with Vanity Fair that the Queen showed “no compassion, no appreciation for his effort” when he managed to leave his bed. 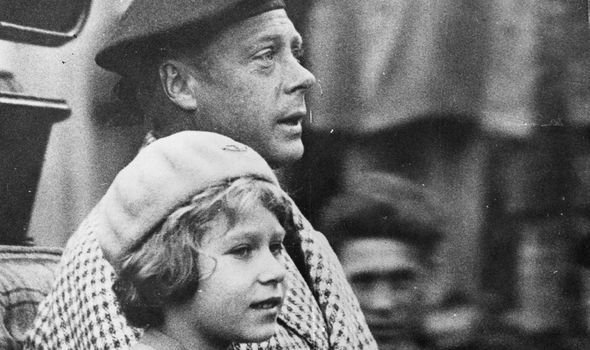 She also alleged the monarch’s aloof manner suggested she “was simply covering appearances by coming here because he was dying and it was known that she was in Paris”.

The Countess continued: “I greeted the Queen at the door downstairs.

“She was not at all warm to his wife of 35 years, but then, I shouldn’t complain.

“She was just as cold to him. I escorted her upstairs — her expression was hard when she entered the room.” 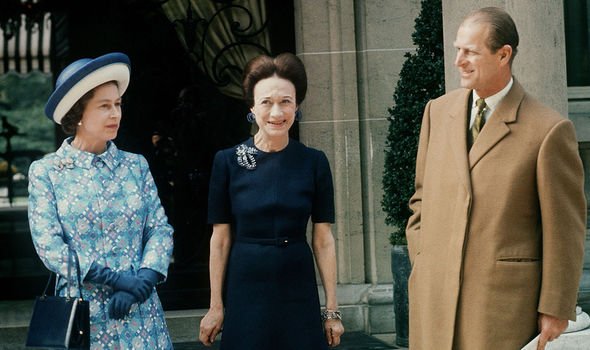 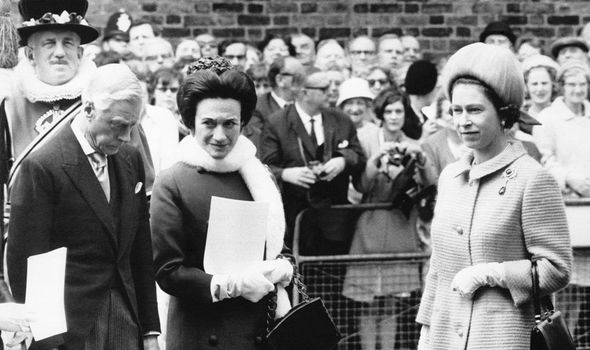 Despite this, royal author Sally Bedell Smith said the Queen was feeling emotional at the time.

In her book, ‘Elizabeth the Queen: The Life of a Modern Monarch’, she alleged that the Duke’s doctor saw the sovereign had “tears in her eyes” when she left her dying uncle.

It was the first time the Queen had visited the Duke in his own home, and their first meeting in five years — it would also be their last.

The Queen did allegedly call him “Uncle David” during their meeting too, suggesting a return to their former closeness. 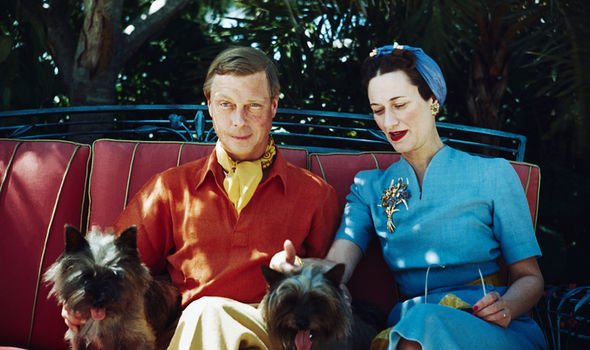 However, Mr Vickers also claimed not every aspect of this visit was as emotional.

He said: “The dogs jumped up and that rather annoyed the Queen because the Queen doesn’t like badly behaved dogs.”

The Duke of Windsor died ten days later from throat cancer after a long illness — he had also been house-bounde after a hernia operation for six weeks leading up to the royal visit.

In honour of his death, the Queen released a telegram which read: “I know that my people will always remember him with gratitude and great affection and that his services to them in peace and war will never be forgotten.”

Elizabeth II & The Traitor King: A Secret Friendship will be available to watch on Channel 5 tonight at 9.30pm.