On Saturday, Prince William and Prince Harry greeted well-wishers at Windsor Castle along with Kate Middleton and Meghan Markle. Harry and William have not been seen in public together since the funeral of the Duke of Edinburgh last year.

The Duke was pictured leaving Balmoral Castle alone on Friday morning after the death of his grandmother.

A spokesperson for Prince William said he invited his brother and sister-in-law to join him and Catherine to look at the tributes and flowers left outside the royal residence.

Speaking about the gesture on Saturday, royal expert Jeannie Bond wrote in The Mirror: “If there is a positive legacy from this saddest of weeks, it is the sight of the Queen’s feuding grandsons William and Harry united, at last, in grief, with their wives at their side.

“The “Fab Four”, as they were once hailed, looked slightly nervous as they made their surprise appearance outside the grounds of Windsor Castle to view the floral tributes and greet the crowds yesterday afternoon.” 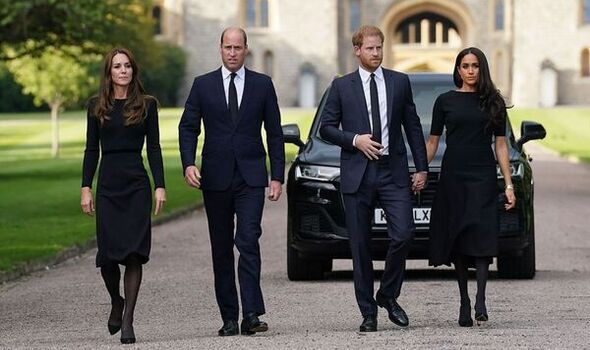 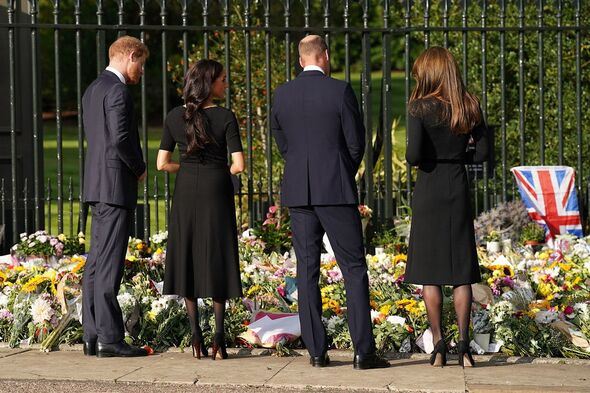 The Duke and Duchess held hands as they read tributes.

Both couples, who were dressed in all black, then spent 40 minutes speaking to members of the public.

The Sussexes, who had been nearing the end of a tour of Europe, are expected to stay in the UK to attend the Queen’s funeral on September 19.

Ms Bond continued: “It was an olive branch which, it would seem, both Harry and William recognised. 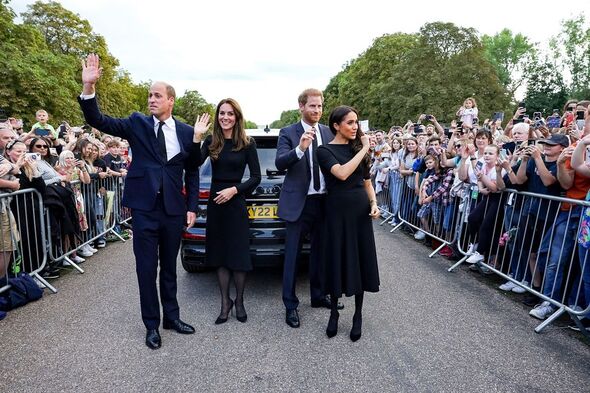 “The path ahead is still strewn with obstacles.

“There is deep mistrust and suspicion about what Harry has written in his memoir, due out this autumn.

“The concern that anything that is said confidentially may subsequently appear in a podcast or broadcast as a result of the Sussexes’ deals with Netflix and Spotify remains as pertinent as ever. 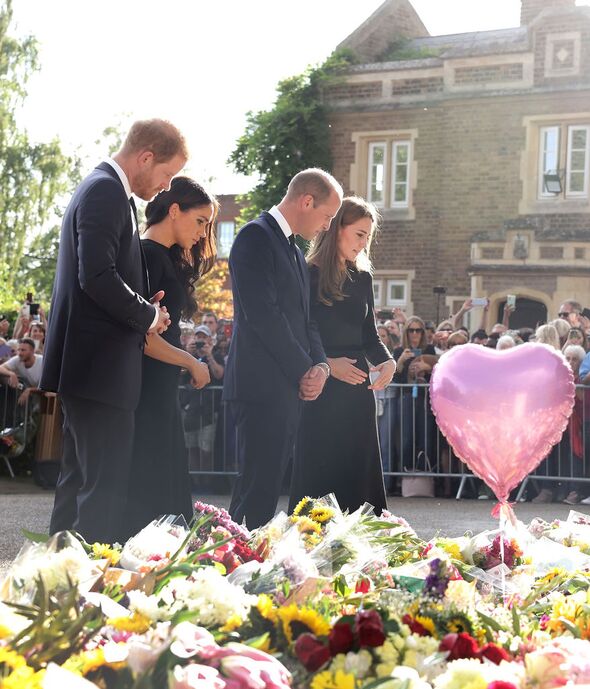 “The four of them can at least put on a show of unity when it is needed, they can act with decorum and dignity.

“There is a long way to go. But their grandmother would surely be relieved and proud.”

Domestic abuse victims will be given more protection