Sir Kenneth Olisa insisted every royal he has met has been “charming and inclusive” and batted away accusations that some members may be racially biased. He praised the Queen for her dedication to millions of people across the Commonwealth “no matter what their colour or creed”.

The 69-year-old chose to speak out after the Duke and Duchess of Sussex dramatically accused an unnamed royal of making racist comments about the skin tone of their son Archie in the run-up to his birth.

The couple refused to say who had had the awkward conversations but Harry confirmed to TV host Oprah Winfrey that it was not the Queen or Prince Philip.

Sir Kenneth, who was appointed Lord-Lieutenant of Greater London in May 2015, leapt to the monarch’s defence.

As the first British-born non-white person to hold the top position, he praised the Queen, 94, for her work to establish strong links with people from all backgrounds. 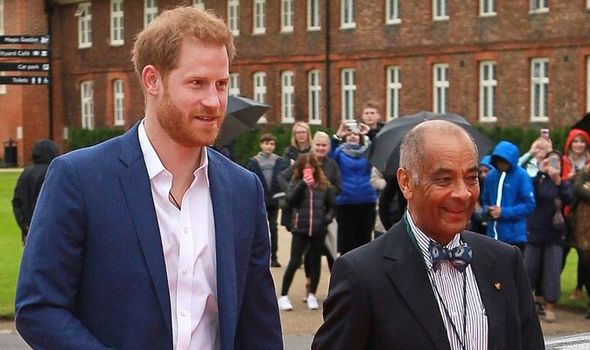 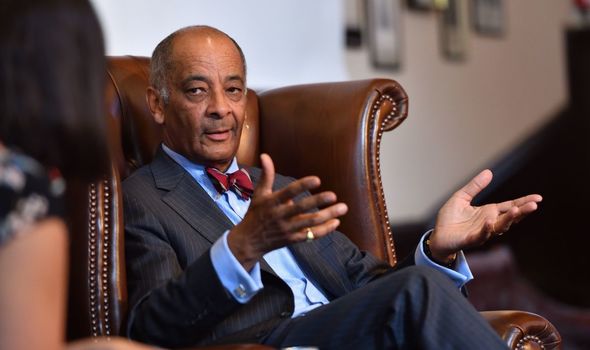 Writing in the Mail Online, he said: “I have had the privilege of meeting all of the members of the Royal Family on many occasions — and I can confirm that they are charming and inclusive.

“That is not just my perception — it is one shared by the many thousands of people whom I have seen react to the special ‘pixie dust’ which a royal visitor sprinkles over those they meet.

“As head of the nation, the sovereign acts as a focus for national identity, unity and pride; she gives a sense of stability and continuity.

“Her close links with, and affection for, the Commonwealth remind us of her affiliation to all her subjects, no matter what their colour or creed.” 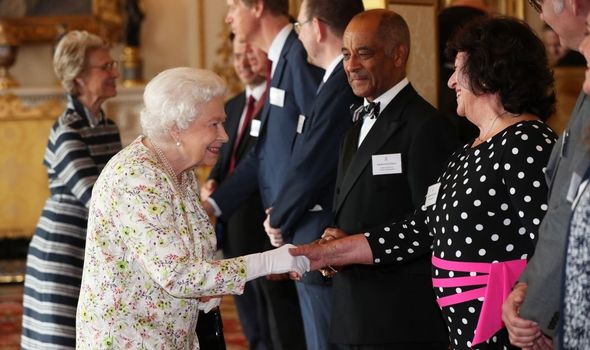 Sir Kenneth, whose wife is white, also touched on a conversation he had with his mother-in-law about their first child.

He told of how his wife’s mother innocently quizzed the couple about what they thought their baby will look like as she decided on which colour wool to use when knitting items for the newborn.

He explained: “My late mother-in-law, excited about the arrival of her first grandchild, was getting her knitting needles out and simply wanted to know what colour baby clothes would suit the newborn’s complexion.

“She asked in much the same way that any of us might wonder: will the baby have her mother’s hair or her father’s nose? Absolutely no offence was intended or taken.” 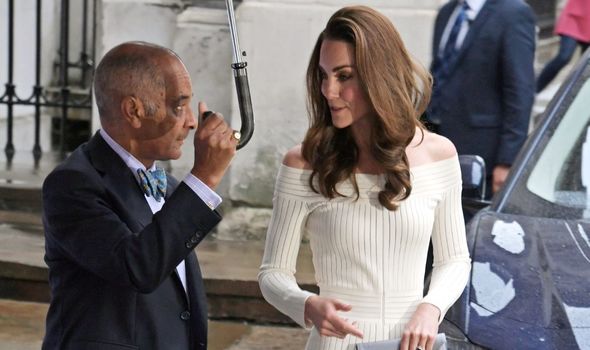 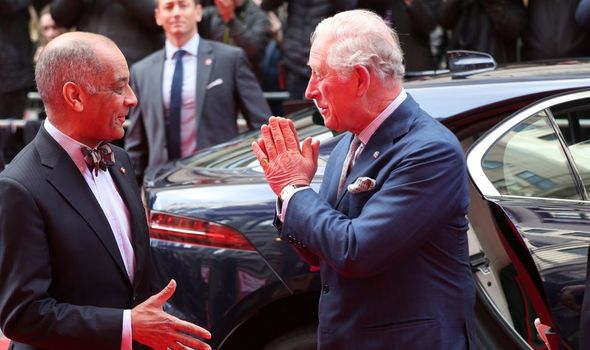 During their bombshell interview with Oprah, the Sussexes claimed the skin colour of their son had been the subject of multiple conversations in the Royal Family.

Meghan said an unnamed royal had had several chats with her husband about “how dark” the royal baby might be.

She said: “In those months when I was pregnant, all around the same time so we have in tandem the conversation of he won’t be given security, he’s not going to be given a title, and also concerns and conversations about how dark his skin might be when he’s born.”

When pressed to reveal the identity of the Royal Family member who had brought up the topic, Meghan refused.

She replied: “I think that would be very damaging to them.”

Later, when Harry joined his wife on the set, he backed up her version of events. 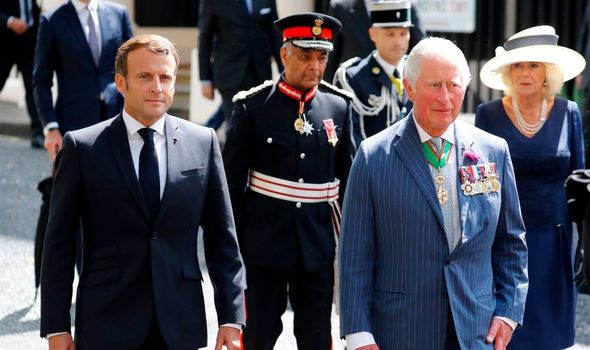 He said he was “not comfortable” with sharing the question that was put to him about the skin colour of his firstborn.

The duke said: “That conversation I am never going to share.

“But at the time it was awkward, I was a bit shocked.”

The full programme, “Oprah With Meghan and Harry”, aired on ITV on Monday and is available to watch on ITV Hub.

Doctor sacked for creeping into attic to watch girl, 15, shower through a hole

Lady Louise Windsor had ‘no concept’ her grandmother was the Queen