Home » Europe » Queen’s corgis tribute – ‘Knew when she was coming’

The Queen’s beloved corgis, Sandy and Muick, were seen today at the funeral as the country said its last goodbye to the late monarch. The dogs were brought out to the quadrangle by two pages so that they could say goodbye to Her Majesty. Corgis were often seen accompanying the Queen, so much so, that journalist Jon Sopel says you often knew when Her Majesty was just around the corner.

Speaking on LBC on Monday, the former BBC reporter said: “The first you knew that the President would walk in was when two Secret Service guys came in and said ‘one minute’.

“The first you knew that the Queen was going to come into the room was when you heard the scampering of the corgis across the parquet floor.”

The Queen’s two corgis are to go to Prince Andrew and Sarah Ferguson following her death, it was reported last week. The Duke of York was the one who gifted Her Majesty Muick and a dorgi called Fergus. When Fergus died in 2021, Sandy was brought into the fold.

The Duke and Duchess of York have been divorced since 1996, but still live together at Royal Lodge in Windsor. A source told the Telegraph: “The Duchess bonded with Her Majesty over dog walking and riding horses and, even after her divorce, she would continue her great friendship with Her Majesty, by walking the dogs in Frogmore and chatting.” 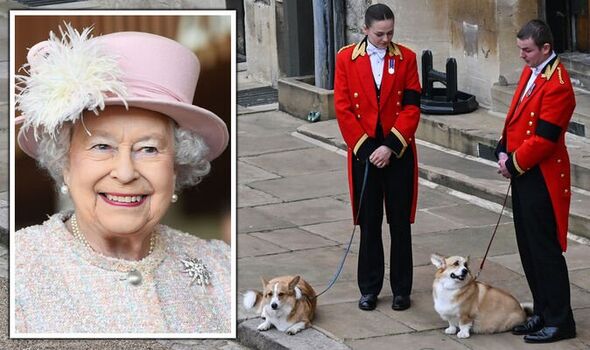 On Saturday, the newly appointed Prince of Wales – Prince William – spoke to mourners at Windsor Palace. While speaking to one member of the public, he reassured them that the corgis will be just fine despite the Queen’s passing.

In a video captured by Sky News, he said: “I saw them the other day, that got me quite sad. They are going to be looked after fine.

“They are two very friendly corgis, so they’ve got a good home,” Prince William continued. “They’ll be looked after very well. Spoiled rotten, I’m sure.”

In 2015, it was reported by the Express that the Queen didn’t want any more corgis. At the time, Andrew and Ms Ferguson had suggested that the Queen could take on two of the four Norfolk terriers they had bred. 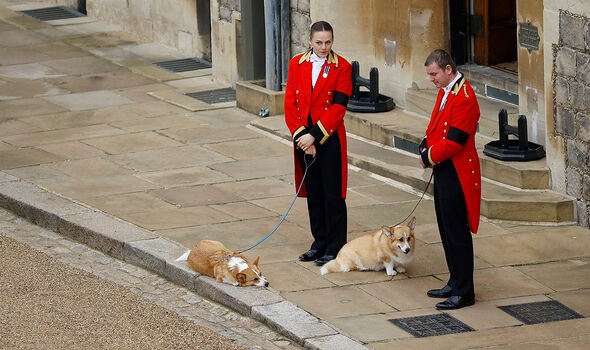 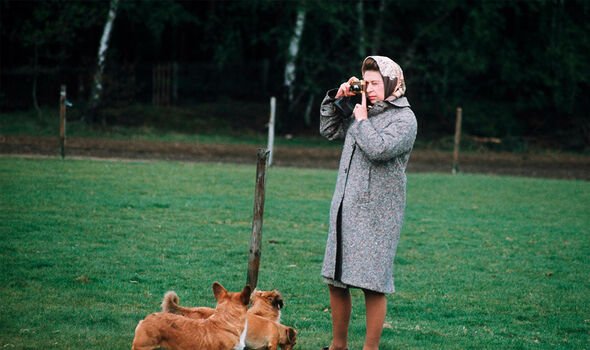 But a courtier explained: “The Queen thought it was a lovely offer but she politely declined. The fact is she worries about too many dogs around her feet and the danger she will trip up and hurt herself badly. She is after all 88 and not getting any younger.

“Her corgis are getting on a bit and move along at a sedate speed but a young dog would obviously be very lively and much more active.

“Her main fear is that if she fell and broke her arm or even a leg she would not be able to perform her duties for many weeks if not months, and that would upset her greatly.” 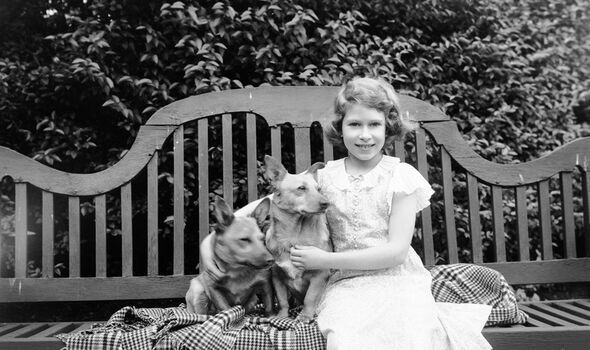 Vanity Fair also reported in the same year that the Queen feared that she could pass away and leave behind dogs without an owner. Monty Roberts, a horse whisperer who knew the Queen well, revealed that he urged her to breed more corgis a few years earlier.

The Queen’s love for corgis started when she was seven years old when one of her friends had one. Her father, King George, eventually brought home her first ever dog called Dookie.

For Princess Elizabeth’s 18th birthday, she got Susan the Pembroke Welsh corgi in 1944 and never looked back. Since then, over 60 corgis descended from Susan of which the Queen owned around 30.