A murder investigation has been launched in the village of Bucklebury following the deaths of a man and a woman in their eighties.

The bodies of Captain Tony Meadows, 84, and his wife Paula, 83, were found at their farm house in the West Berkshire village, where the Duchess of Cambridge’s parents live.

Detectives are investigating one of the homes on Hawkridge Farm in Chapel Lane and a blue forensics tent has been set up on the land.

Police said they were not searching for anyone else in connection with the deaths and reassured locals there was no threat. 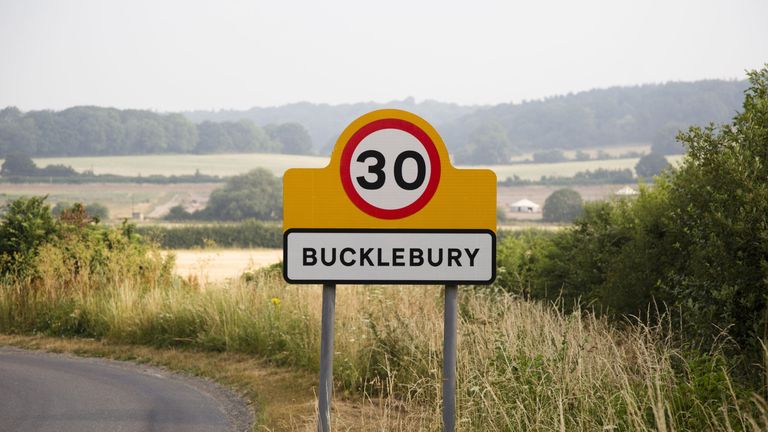 Detective Chief Inspector Andy Howard said: “This is a tragic incident in which two people have died.

“We are currently investigating and have launched a murder inquiry but we are not looking for anybody else in connection with this incident.

“There is no danger to the public so people locally should not have any undue cause for concern.” Captain Meadows flew the Queen on Concorde in 1979, captaining the flight to Kuwait at the start of Queen Elizabeth and Prince Philip’s three-week tour of the Middle East.

The Meadows lived around two miles from Kate’s parents, Carole and Michael Middleton, who have owned the Grade II listed Bucklebury Manor since 2012.

The house, which has a surrounding estate covering 18 acres, was the venue for Kate’s younger sister Pippa’s evening reception following her wedding to James Matthews.

The Meadows’ next of kin have been informed.

Keir Starmer squirms in excruciating moment as Peston rages: ‘You purged the Corbynistas!’