The Queen’s relationship with her Prime Ministers has been a source of speculation for years but details of their private interactions are rarely made public. The monarch meets with the sitting Prime Minister once a week as part of her royal duties, to keep her in the loop about what is happening in Downing Street. These audiences are strictly confidential. She has worked with 14 Prime Ministers throughout her impressive 68-year reign — but one in particular is thought to have riled up the Queen after he broke royal rules.

Tony Blair made a huge blunder during the Queen’s 50th wedding anniversary celebrations back in 1997, during his first year on the job.

In his speech to honour the occasion, Mr Blair joked about how he tends to talk too much and noted: “Actually, Your Majesty’s closing words to me at Buckingham Palace on Tuesday at the end of our weekly sessions were, ‘Please don’t be too effusive’.”

The Queen looked on at the crowd in astonishment in a rare public display of emotion.

Discussing the slip-up in the documentary, ‘The Queen and Her Prime Ministers’, broadcaster Michael Cockerell explained the significance of such a blunder.

Mr Blair then addressed his relationship with the Queen in his own memoirs. 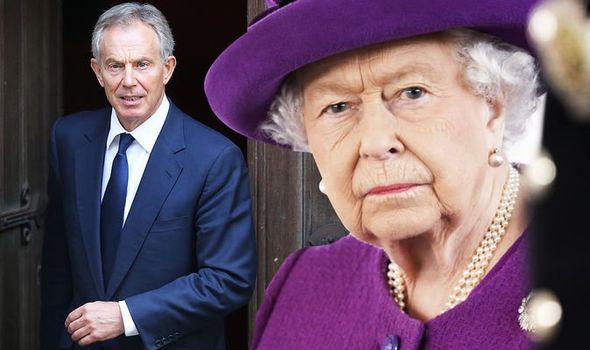 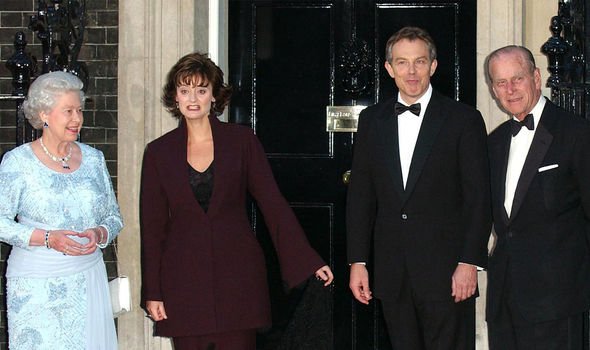 He said: “Sometimes you can let her be matey with you, but you should never try to do that with her.

“Because if you do you, then you get the look.”

Although Mr Blair has been out of office for 13 years, it appears there may still be some tension between the former Prime Minister and the Queen.

It did not escape the public’s attention that he had been left off the New Year’s honours list — even though retired Prime Ministers normally receive a knighthood upon leaving Downing Street.

He was granted a 1994 appointment as a Privy Councillor — which gives him the abbreviation of the ‘Rt. Hon.’ — but he has not enjoyed any honours bestowed on him by the Queen since leaving office.

The Sunday Times even dubbed him the Palace “gong-blocker”. 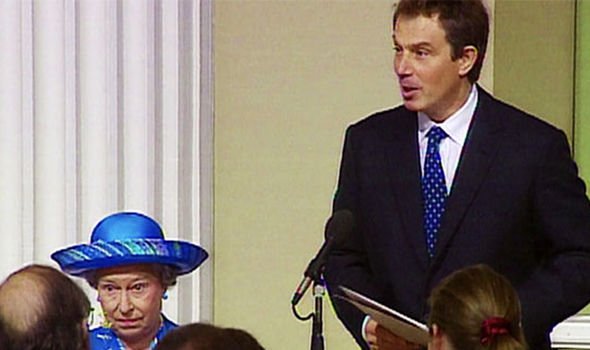 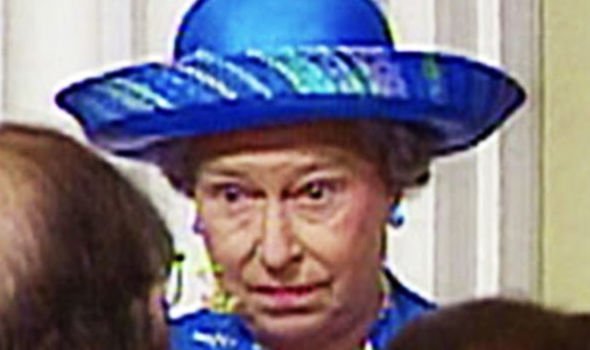 It is convention that Prime Ministers only receive a knighthood after their successors, and reports have claimed that the Royal Household does not want to award the honour to any of Mr Blair’s successors — Gordon Brown, David Cameron and Theresa May — without acknowledging the former Labour Prime Minister.

Boris Johnson will only become eligible for a knighthood once he leaves No.10.

The refusal to grant Mr Blair or his successors a knighthood has led to concerns that Tory politicians now vastly outweigh Labour politicians with the honour.

Some reports suggest the Queen is reluctant to grant Mr Blair the honour because she is still frustrated at how he dealt with Princess Diana’s death.

He reportedly implored the Queen to return to London in the days after Diana’s fatal accident in Paris.

The monarch had been in her Scottish estate of Balmoral with Prince William, Prince Harry and Prince Charles, allegedly to help them cope with the sudden shock and grief of Diana’s passing. 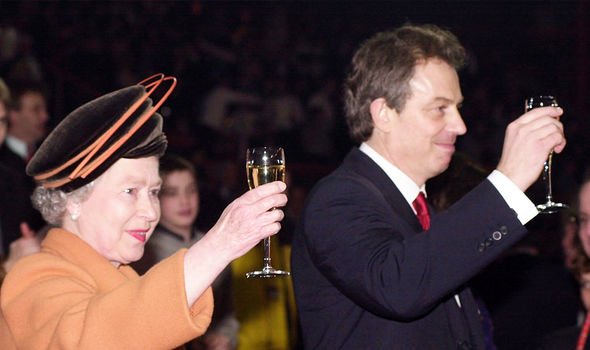 Yet, Mr Blair was keen for her to make a public appearance, to acknowledge the public’s collective grief over Diana’s death.

He then publicised more details of this unprecedented time in the Royal Family’s life through his memoirs, which reportedly really irked the incredibly private members of the Firm.

Mr Blair suggested that he had pulled the family together at the time of crisis, and criticised the Palace’s operations while describing the incident as “menacing” for the Royal Family.

However, the Daily Mail’s Richard Kay explained: “Royal aides dismiss the notion that any sort of personal enmity could possibly influence who does and does not receive membership of the most distinguished orders: the Garter, the Thistle, the Order of Merit and Companion of Honour.”

A source close to the Queen said: “It is absurd to suggest that there may be something churlish in the way honours are decided.

“It suggests a pettiness that simply does not exist.” 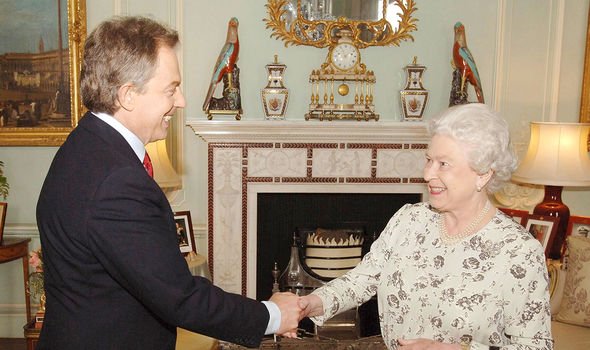 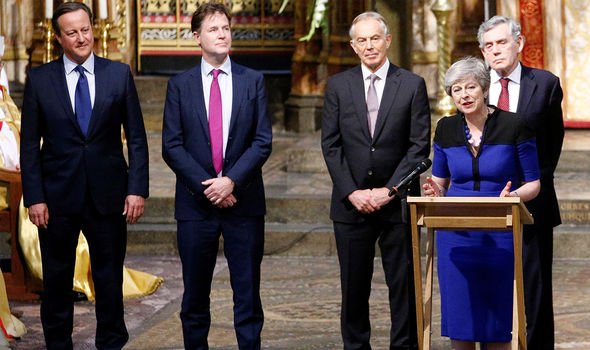 Even so, it is not clear how the decision to bestow a knighthood upon a retired Prime Minister is made.

Edward Heath waited 18 years before he became a Garter Knight, while Margaret Thatcher — who is thought to have clashed repeatedly with the Queen — received the honour just five years after leaving office.

Regardless of whether the Palace is still frustrated at Mr Blair’s behaviour during his first year in office, some believe he actually established his legacy during those tense few weeks after Diana’s death.

He famously said: “She was the people’s princess and that’s how she will stay, how she will remain in our hearts and in our memories forever.”