The Duke and Duchess of Sussex stepped down at the end of March and are now residing in Los Angeles, California. In court documents submitted in her lawsuit against Associated newspapers, who Meghan is suing for publishing a letter she wrote to her father in the Mail on Sunday and MailOnline, Meghan claimed she was “unprotected” by the institution of the Royal Family. Then, in a video speech given at the Girl Up Leadership Summit this week, she appeared to attack her husband’s family again, by claiming the status quo should be “snapped”.

Despite Meghan’s criticism, the Palace has always insisted they warmly welcomed Meghan and tried to make adjustments for her.

One royal expert pointed out how heartfelt the Queen’s statements were when Meghan and Harry decided to step down from their royals.

For example, in one statement she used the word “family” eight times to emphasise how she still considered the Sussexes her family, despite their heartbreaking decision. 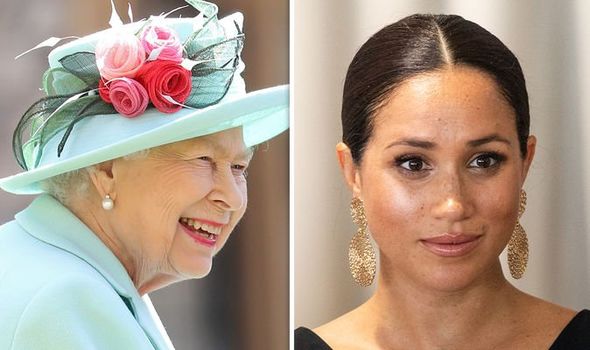 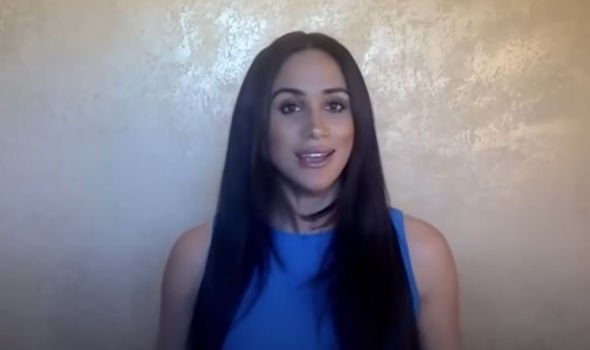 Mr Myers said in an episode this month: “When we think back to the Queen’s statements when they were preparing to leave the Royal Family.

“I always think they were very, very heartfelt.

“I’ve spoken before about how the term family was used eight times, the Queen said how impressed she had been with Meghan, how she’d welcomed her into the family.

“I think we’d seen that when they went on their first ever engagements together in Chester.” 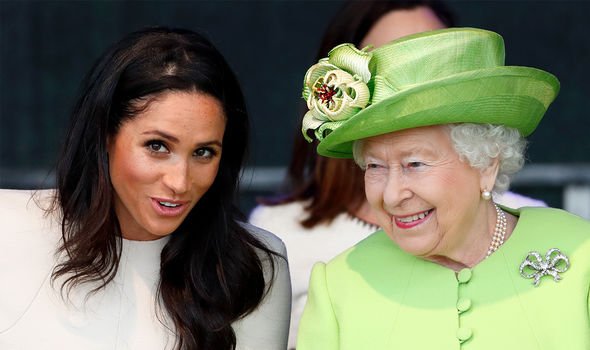 Indeed, the Queen went on a royal engagement alone with Meghan very shortly after her wedding, while Kate, Duchess of Cambridge had to wait a whole year after marrying Prince William in 2011 before being offered the same honour.

The Queen continued to show her support for the couple when they wanted to split from Kensington Palace, offering Frogmore Cottage in Windsor to live in, as well as millions of pounds from public coffers to renovate the house.

During Meghan’s pregnancy, the Palace supported her decision to take time off from public engagements, and when Archie was born, they again let the Duchess do her own thing in not announcing that she had gone into labour or posing for the traditional Lindo Wing photograph.

Then, when the couple announced their decision to step down as senior royals in January, the Queen issued a statement which highlighted her love and affection for the couple. 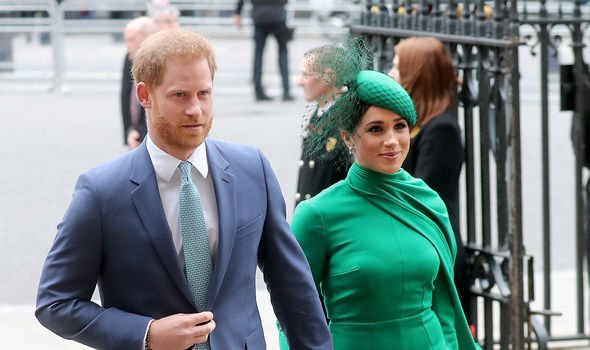 The January statement read: “Following many months of conversations and more recent discussions, I am pleased that together we have found a constructive and supportive way forward for my grandson and his family.

“Harry, Meghan and Archie will always be much loved members of my family.

“I recognise the challenges they have experienced as a result of intense scrutiny over the last two years and support their wish for a more independent life.

“I want to thank them for all their dedicated work across the country, the Commonwealth and beyond, and am particularly fond of how Meghan has so quickly become one of the family.

“It’s my whole family’s hope that today’s agreement allows them to start building a happy and peaceful new life.”

The most emphasised word throughout the statement was the word “family”, but she also used words like “love” and “fond of” to describe her grandson and his wife.

Mr Myers said that senior royals were “devastated” by the comments Meghan made in the lawsuit documents and the subsequent headlines about it.

He added it was a “massive power play” by Meghan and her lawyers.

To subscribe to Pod save the Queen go to your normal podcast provider.