The famous and familiar Elizabeth R – seen on items from stamps to official documents – will be replaced for the Queen’s signature on the collection of coins commemorating her years of service. The artist responsible for the design explained its simplicity and said the signature “stands on its own”.

P J Lynch is an Irish artist and illuminator who came up with the new design. He said he is inspired by Her Majesty’s hands for the work that they carry out.

He said: “I began thinking about how her hands are such an important thing – she is always shaking hands, using them to carry out symbolic tasks like presenting awards, planting trees or unveiling plaques.

“It is how she communicates with hundreds, if not thousands, of people at once.

“It led me to consider her signature, which is so symbolic, an instrument of state when she signs official documents, but also her personal promise and commitment.” 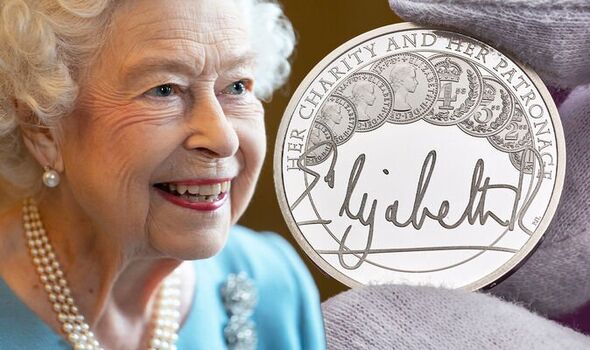 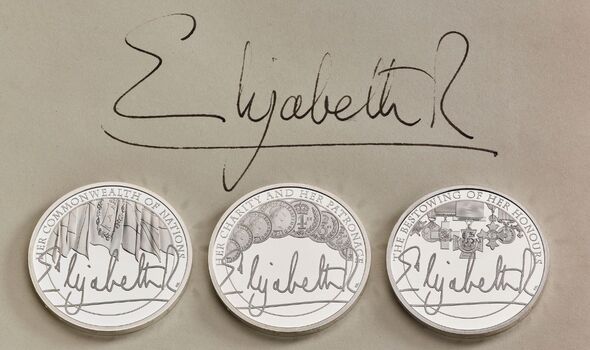 The idea evolved from the Queen’s hand signing of a Royal Charter – however, Mr Lynch wanted to simplify the design to get to “the crux of the subject”.

He said: “Good design is always pared back so that you get to the crux of the subject; it is all about cutting out anything that is not necessary. The design was developed through lots of iterations.

“I was working on an idea with the Queen’s hand signing a charter when, the more I looked at it, the signature was what was most important. I could see that if I focused on that, everything else could be simpler.”

He added: “It is iconic, yet understated: Elizabeth R. Nothing else is needed to explain who that is, it stands for so much on its own.” 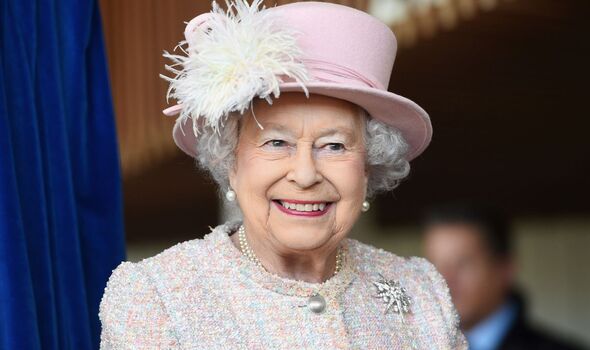 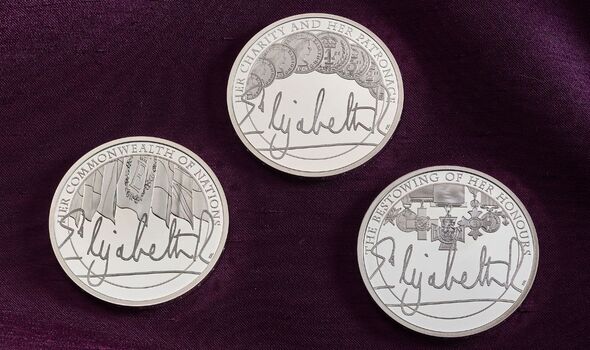 Prices for the coins range from £13 for a brilliant uncirculated coin to £2,865 for a gold-proof version

“To celebrate Her Majesty’s incredible reign, we are delighted to unveil a unique collection which features her signature on all three coins for the first time.

“As the official maker of UK coins, we’re proud to have struck each coin of Her Majesty’s reign and this special collection pays tribute to her commitment to the Commonwealth, patronage and charitable work.”

Mr Lynch said that designing the coin was difficult because the Royal Mint wanted to celebrate Her Majesty’s commitment to the Commonwealth, her devotion to charity and her various honours and awards. 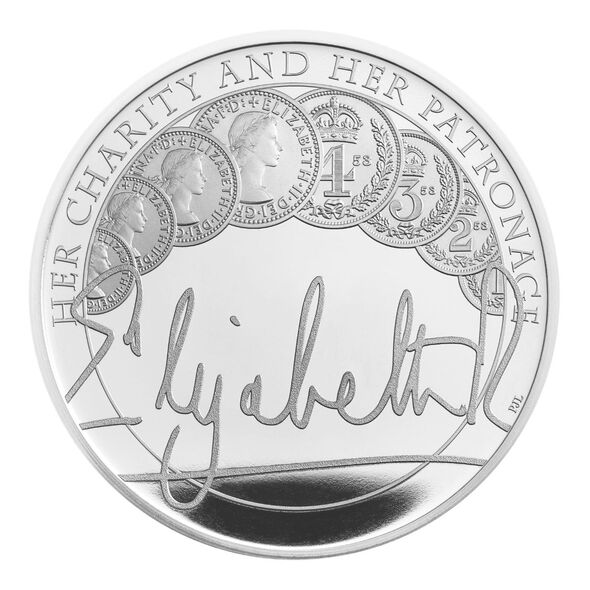 However, these abstract concepts can be very “tough” to visualise, according to Mr Lynch.

He said: “I decided to stay with a simple approach and to aim for a representation rather than try to include everything, which would have been impossible.

“Thus, I added a selection of Commonwealth flags, a number of awards and honours, and used the beautiful Maundy coins to symbolise her very personal approach to charity.”

He added: “Books can last hundreds of years, but there are coins that are thousands of years old. They tell so much about an era.”