Although the Queen took over from her father, George VI, the post is not hereditary. But Her Majesty, then aged 92 at her last Commonwealth Heads of Governments Meeting in 2018, made it know that she wanted to be succeeded by her son.KING Charles has become Head of the Commonwealth, as part of an accession plan agreed just four years ago.

Addressing the gathering, Queen Elizabeth said: “It is my sincere wish that the Commonwealth will continue to offer stability and continuity for future generations, and will decide that one day the Prince of Wales should carry on the important work started by my father in 1949.”

She is thought to have lobbied leaders and foreign ministers at a private gathering at Windsor Castle before they later confirmed the decision which then-prime minister Theresa May said was unanimous.

Charles said he was “deeply touched and honoured” by his endorsement.

He has spoken passionately about the organisation in the past, calling it a “cornerstone” to his life during a speech in Singapore in 2017. 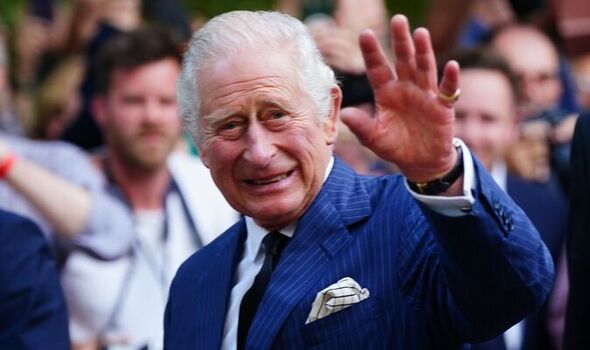 In Malaysia that year, he also stressed how it can play a “pivotal” role in tackling global challenges, with its “wide range of national contexts, experiences, traditions”.

His increased involvement had already caused speculation the heir to the throne would succeed his mother.

In 2007, Charles attended an overseas CHOGM for the first time. The opening ceremony in Uganda was performed by the Queen, but the Prince of Wales supported her visit in a move towards encouraging member nations to back him.

In 2013 he formally opened the summit in Sri Lanka in 2013, representing his mother for the first time.

And in 2015 the Prince and Duchess of Cornwall accompanied the Queen and Duke of Edinburgh to Malta.

Speaking in 2018, he said: “The Commonwealth has been a fundamental feature of my life for as long as I can remember, beginning with my first visit to Malta when I was just five years old.”

The 1949 London Declaration said the British monarch would be a symbol of the free association of independent countries and as such Head of the Commonwealth.

This meant republics could be members and accept the Queen as head without her being their own head of state.

Of the 56 members, 15 are realms with the monarch as their head of state. Five have their own monarchies.

What isn’t known is whether any will now divest themselves of the royal connection.

Barbados became a republic last year, with Charles there to witness the historic transition.

And while Australia narrowly rejected replacing the Queen with a president in 1999, appetite for republicanism continues. Prime Minister Anthony Albanese, a known republican, has set aside £160million for another vote.