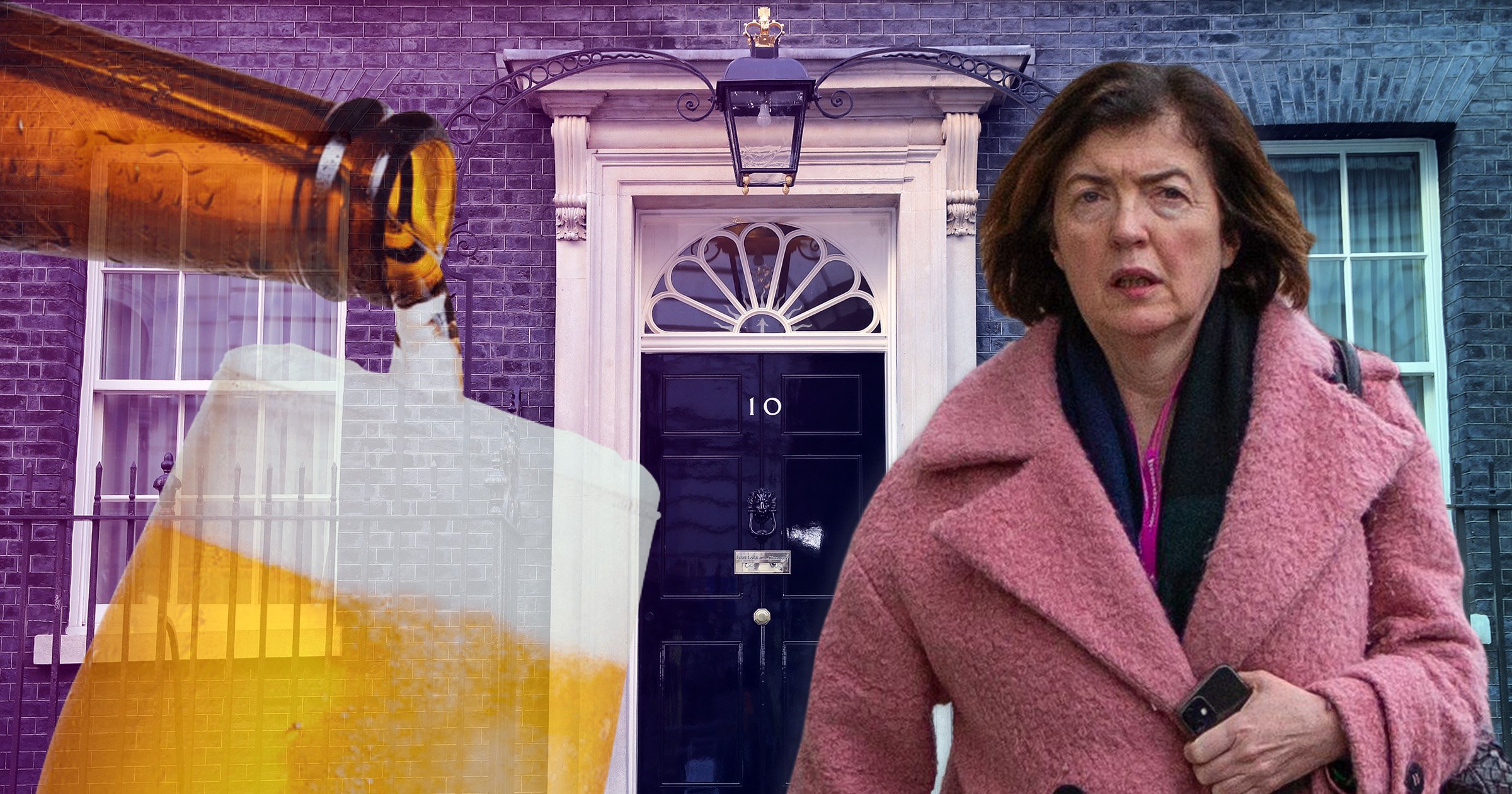 All eyes are on Sue Gray as her long-awaited partygate report will finally be published this week – and is believed to include pictures of illegal government gatherings during the pandemic.

The senior civil servant is reportedly shocked that the only event Boris Johnson was fined for by the Metropolitan Police was his birthday gathering, raising speculation the report could shame him further.

But the prime minister is said to ‘want it all out there, however ugly’ to dispel the idea that Downing Street ‘was like Ibiza on a Saturday night’.

It comes as he faces calls to explain the purpose of a ‘secret’ meeting with Ms Gray – with both camps denying instigating it.

The conclusion of the police inquiry saw a total of 83 people receive at least one fixed-penalty notice (FPN) each for attending events over eight separate days.

A previous report suggested Mr Johnson was investigated over just two lockdown-breaking gatherings, while a source told The Sunday Times Ms Gray was ‘surprised’ he escaped with one fixed penalty notice.

They said: ‘Sue is not a lawyer but in her opinion the birthday party was the least egregious event she has looked in to.’

Downing Street insiders are reportedly ‘furious’ at Ms Gray’s refusal to clarify details on the meeting with Mr Johnson.

It is understood the pair met at least once for an update on the report’s progress while it was being drafted.

Cabinet ministers failed to shed light on the circumstances of the controversial meeting as Labour said people ‘deserve to know the truth’.

A No 10 source told the Daily Mail: ‘It is infuriating. They have let this impression run that the PM has somehow tried to nobble the report when nothing could be further from the truth.

‘He wants it all out there, however uncomfortable so we can all move on. He even wants the photos published.’

A senior Whitehall source added that the PM was ‘taking a maximalist approach’ and was ‘annoyed’ that there is an idea he has sought to ‘tone the report down’.

He ‘wants it all out of the way so that no one can say he is hiding things and he can move on’, they said.

‘In some people’s imagination it was like Ibiza on a Saturday night in July in No 10. The reality was very different.’

A Whitehall source insisted the contents of the report was not discussed at any point and said such meetings would not have been viewed as unusual.

Downing Street insisted the Tory leader had been ‘clear throughout’ that the report should be ‘completely independent’.

Top civil servant Simon Case is expected to come in for ‘stinging criticism’ in the ‘brutal’ document, despite avoiding a fine, The Telegraph reports.

‘As the head of the civil service, the ultimate responsibility was his’, a source claimed.

The Cabinet Office declined to comment on the reports about the permanent secretary.

It came as about 30 people, including Mr Johnson, were being contacted by the Cabinet Office to warn them of the contents of the document.

It is thought that most of the letters were sent out on Thursday, as the Met concluded its investigation.