Home » Europe » Queue for hospital scans ‘too backed up’ for doctors to find five-inch tumour in dad, 28 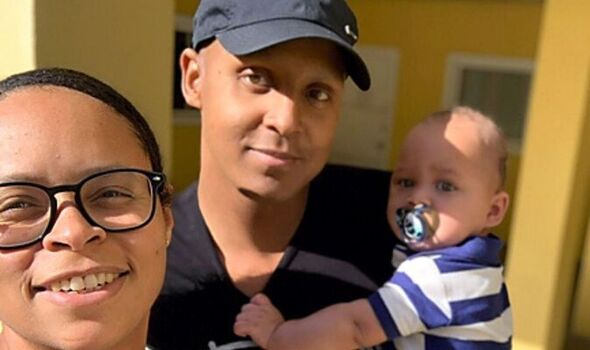 He was used to experiencing severe pain in his pelvis by the time Covid hit in March 2020.

When it intensified, Sherwin called his GP out of hours service and NHS 111. He visited A&E 13 times in just one month.

His widow LaTroya, 32, said: “By the time we had our son at the end of March 2020, he had a limp while walking because of the pain and the discomfort.

“Throughout the period where he was going into hospital, all of those times he was told outright they were too backed up with scans and it would be a twomonth wait for any type of scan.”

At one point a doctor thought he had an abscess and tried to drain it, drilling directly into the tumour – before a scan in May 2020 revealed a the large tumour in his pelvis and 30 nodules in his lungs.

He was treated with chemotherapy which shrunk the growths initially, but they grew back again.

After medics offered him end of life care, the family went from their home in Leeds to Mexico to try an immunotherapy treatment.

In December 2020 Sherwin died after deteriorating rapidly. LaTroya said she believes her husband would have been given more time with her and one-yearold Sancho had doctors spotted his condition earlier.

She said: “This is a very rare form of cancer and very few people have survived it.

“If it had been found while he was still in a primary stage I think he would still be here now. By the time they found it, 14cm is large for an object that doesn’t belong in your body. It was just horrible from start to finish.”

No deal Brexit only option? ‘Not enough time’ for MPs to push EU deal through Commons