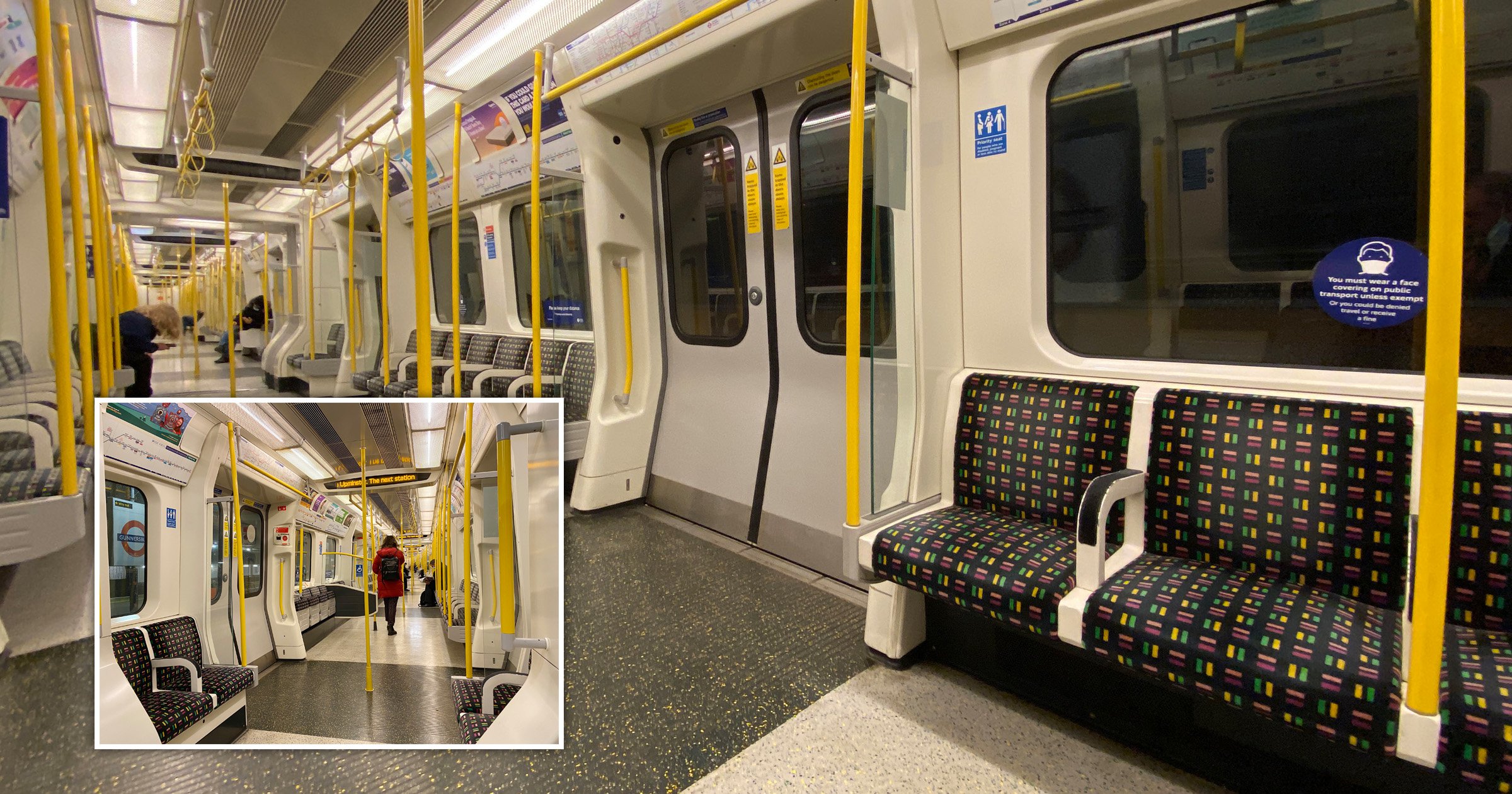 The Tube was noticeably quieter this morning after the nation was ordered to quit office working amid fears there could be one million Omicron cases by the turn of the new year.

Some roads were also calmer as Boris Johnson was accused of rushing in new restrictions amid claims the Government had up to seven Christmas parties while millions followed lockdown last year.

Work from home ‘if you can’ guidance doesn’t come in until Monday but it appears many businesses may have already taken steps to immediately limit contact.

While commuters weren’t packed in like sardines like usual, some carriages were busier amid warnings TfL will ‘run out of money’ in three days.

Nightclub bosses and shop owners have been left panicked as a leading scientist claims a UK-wide lockdown still cannot be ruled out, despite the vaccine programme.

Professor Neil Ferguson said Plan B restrictions were needed to slow down the spread of the new variant while more research is done on how dangerous it actually is.

Jeremy Joseph, owner of G-A-Y nightclub, said the emergence of Omicron has worried him as there has been more ‘nervousness’ among the public about going out.

He told BBC Radio 4’s Today programme: ‘I feel like I’m constantly walking on eggshells and in survival mode.’

The NHS Covid Pass will become mandatory for entry into nightclubs and settings where large crowds gather from next Wednesday.

But Mr Joseph claims the new restrictions ‘don’t make any sense’, pointing out that he has three venues and each venue will have different rules.

‘It’s as if this Government thinks that Covid will go: “that venue has a capacity of under 500 so I won’t go in there”’, he said.

Businessman Sir John Timpson, founder of shoe repair chain Timpson, has also expressed concern that fewer customers have been going to the high street over the past few weeks.

He told BBC Radio 4’s Today programme: ‘The change in trade was almost immediate across the country and about a 5% drop in footfall.

‘So it’s much more of a phycological thing than the actual restrictions themselves, but I would expect that probably the footfall will drop further now that we’ve had this announcement.’.

There are currently 568 confirmed cases of Omicron in the UK, but experts fear the real number is significantly higher – perhaps even 10,000

Boris Johnson said yesterday people will be required to wear face masks in ‘most indoor settings’, including theatres and cinemas, from Friday.

Hospitality settings are exempt, with restaurants and pubs not included.

The prime minister warned: ‘It has become increasingly clear that Omicron is growing much faster than the previous Delta variant and is spreading rapidly all around the world.

‘Most worryingly, there is evidence that the doubling time of Omicron could currently be between two and three days.’

Health Secretary Sajid Javid said this morning the deployment of Plan B was to ‘buy time’ to assess the new variant and to ‘build our protective defences’.

He told Sky News this morning: ‘I don’t enjoy doing that, no-one does – it is a very difficult thing for many people, asking them to work from home or wearing face masks and things, it is a real impact on our liberties.

‘But I hope that people will understand that by taking decisive action now, we can potentially avoid action later.’