An all-female crew will pilot a C-130 Hercules transport aircraft and two Typhoon fighter jets over Wembley Stadium in a show of national pride. The military fly past will come as England prepare to face long-time sporting nemeses Germany to take the UEFA Women’s Euros trophy for the first time, after comfortably beating Sweden 4-0 in the semi-final.

One of the pilots commented they would be “loudly cheering the Lionesses on” as soon as she arrives back at base.

The aircraft will fly over Wembley at 4.57pm, immediately after the national anthems and just before kick-off at 5pm.

They will take off from RAF Brize Norton in Oxfordshire – so residents in Oxford, as well as areas of north-west London such as Harrow and Ruislip, may be able to see them a few minutes beforehand.

The C-130 Hercules – described by the RAF as “the backbone of UK operational tactical mobility tasks” – will be the most visible with a 40-metre wingspan and four Rolls Royce turboprops. 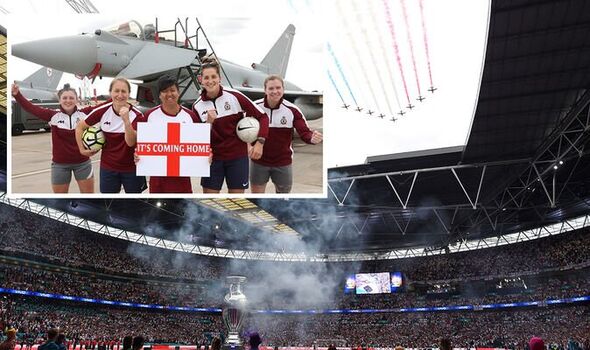 It has recently been used to airdrop supplies to troops in NATO exercises in eastern Europe as the West remains on a defensive footing.

It will be flanked by two Typhoons, which have recently been reinforcing NATO air defences in the Baltics and the Black Sea.

Flight Lieutenant Lauren, who will be piloting the Hercules alongside two other female colleagues, has been in the RAF for 12 years.

In that time, she helped train the first female Afghan pilots during her deployment in Afghanistan, and said watching the England team had been “inspiring”. 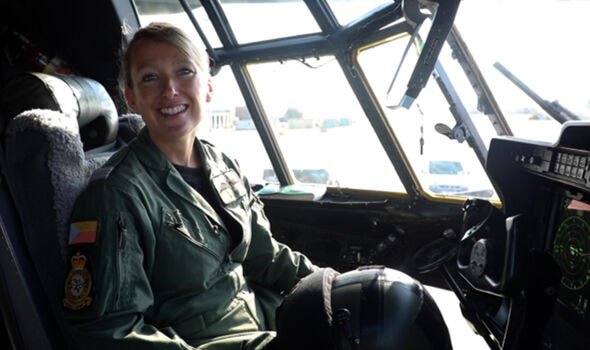 She said: “I’ve flown missions all over the world with the RAF, but this will be one of the most memorable.

“It’s been inspiring to watch the Lionesses progress and I will be loudly cheering them on as soon as I land back at RAF Brize Norton.”

The Lionesses are looking to secure their first major silverware after last reaching the finals in 2009, when they also played off against Germany.

Meanwhile, Germany’s women’s team, the competition’s most successful side to date, will be aiming to add a ninth European trophy to their cabinet. 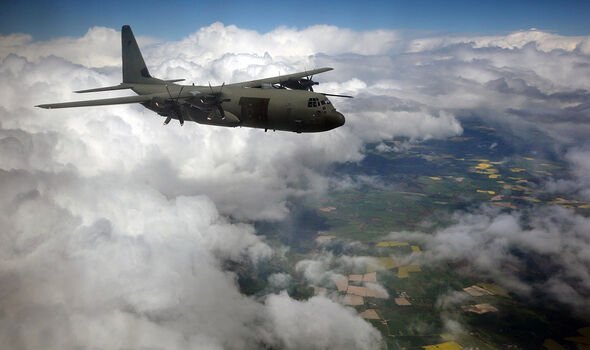 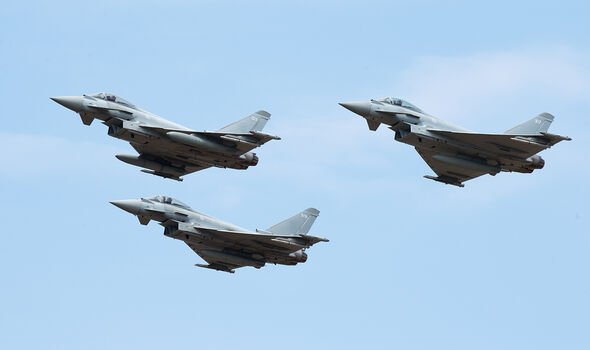 Hosted in England for the first time since 2005, the Lionesses have drawn record crowds for the competition. Their first 1-0 win of the tournament over Austria was watched by 68,671 at Old Trafford.

England have only conceded a single goal so far in the tournament, beating Norway 8-0 before besting Spain 2-1 in the knockout stage.

As England sailed past Sweden into the final on Tuesday, Germany knocked out France with a 2-1 win to take the final spot. 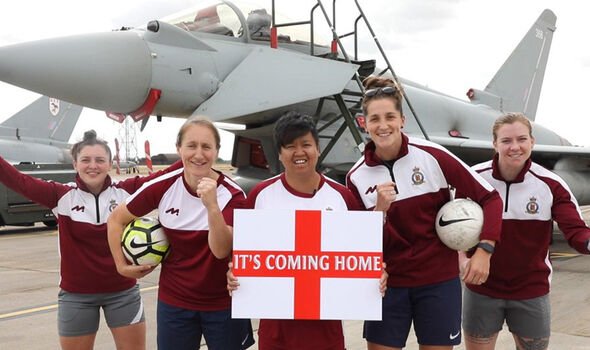 Ben Wallace, the Defence Secretary, said: “I wish the best of luck to the Lionesses as they take on Germany at Wembley.

“It’s a landmark day for English football and women’s sport and it’s fantastic that the Royal Air Force will be marking the occasion with a flypast featuring an all-female aircrew.”

England fans may be nervous, though: the last time they faced Germany in the tournament’s final in 2009, they lost 6-2 to the European side.

And many have not yet forgotten the men’s team’s 3-2 loss on penalties to Italy in last year’s final, after beating Germany at Wembley 2-0.

REVEALED: Meghan will be THIS type of mother, claims body language expert

Cork remains on flood alert for next 24 hours